Walsrode in the Lueneburger Heide is famous for it’s bird park. During September time the Heather is in full bloom and if there is a double CAC Show at the same time too, then I have to go there. It should have been a short holiday but the Weather God wasn’t kind to me. It rained on both days, Saturday & Sunday like cats & dogs. The sun came only out on very few occasions. To go for a walk in this weather in the Heather with 3 long coated dogs is no fun. The area around the Hotel Forellenhof is very nice and there were enough nice people around for a natter. Also the Hotel is perfect for dogs and people, as the hotel kitchen is very good.

Norman, Senta & Prada enjoyed all the attention and behaved perfectly in the hotel.

My tent was up on Friday evening & secured against the storm, which was expected for the night. 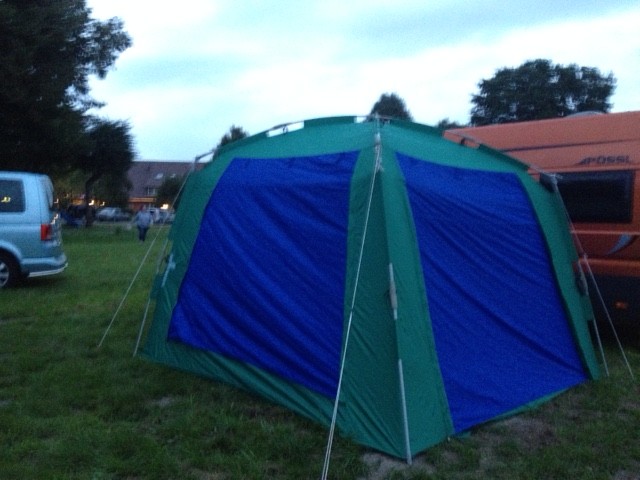 There was a change of judge for Saturday and Sunday. Saturday it was Mrs Ruth Wagner from Luxembourg and on Sunday Mr. Uwe Noelke from Germany was the judge.left is my Norman “Norman Harrison aus dem Elbe-Urstromtal” who was kindly handled for the BOB & BOS by Mr Michael Ernst. His wife Michaela Antonini kindly took the photographs. Many Thanks for all your help. Best of Breed was my ‘Senta’ “No Limits aus dem Elbe-Urstromtal”. 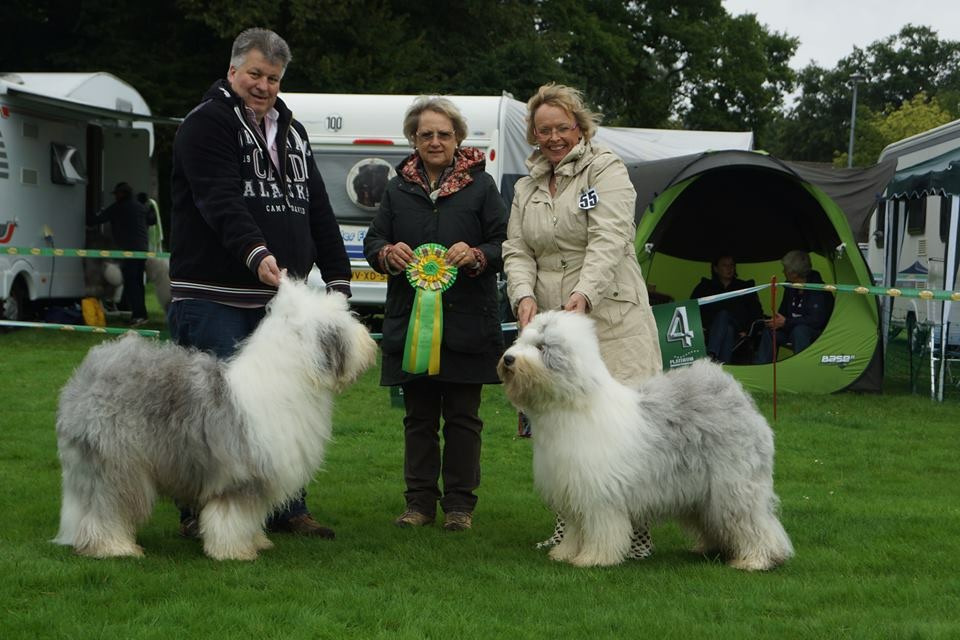 My successful siblings in the rain 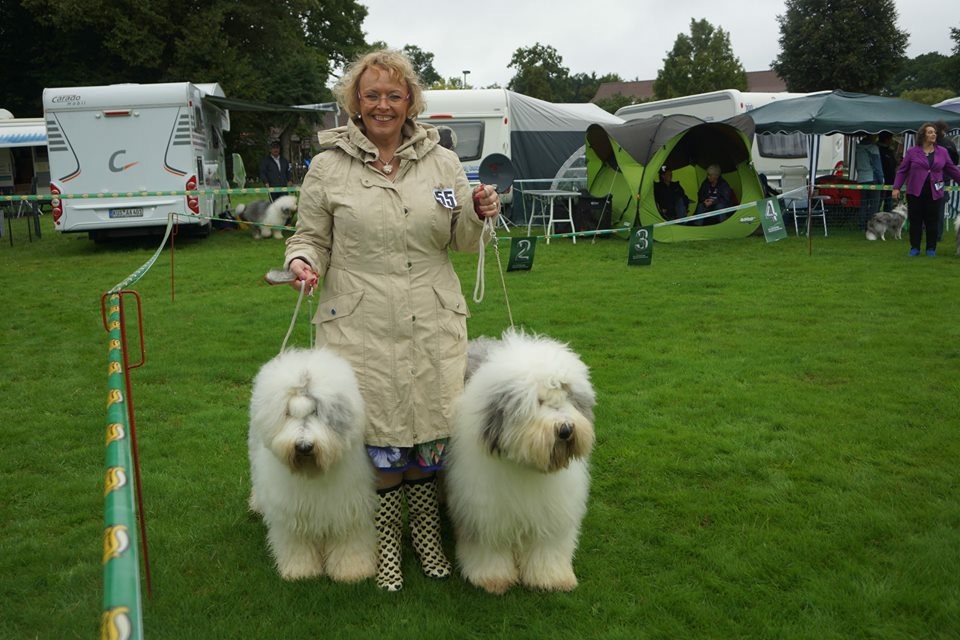 On Saturday afternoon I had wonderful visitors. My uncle, Hasko, who I haven’t seen for over 25 years came to the show. Mike Sztene, who I have also not seen for over 30 years, was also there. He is the former owner of our famous “Kassenknüller aus dem Elbe-Urstromtal”

For this occasion even the sun came out. 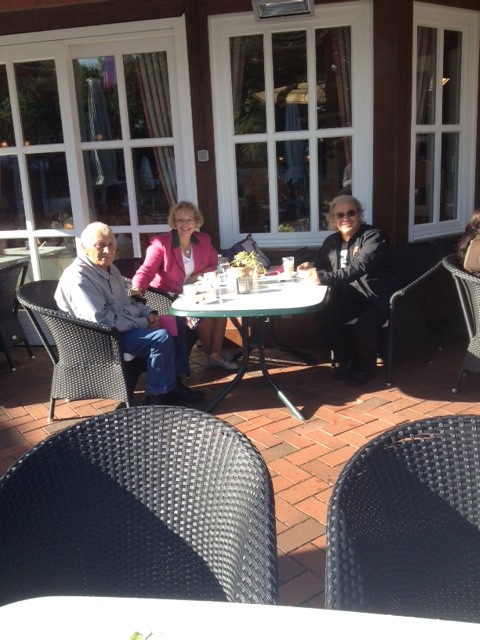 Those two gentlemen helped me on Saturday evening to take the tent down. The forecast predicted even more rain and I didn’t like the idea to have to pack a completely wet tent on the Sunday. This was a very good decision, as on the next morning it rained heavily and I had to leave the dogs in the car and from there straight into the ring. This was successful

Family Bosche kept me nice company too during the ‘Schnuckenparty’ and served as competition for Norman on the next day. 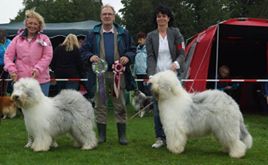 Before we left for our way home all three dogs stretched their legs on the perfect lawn of the Hotel. 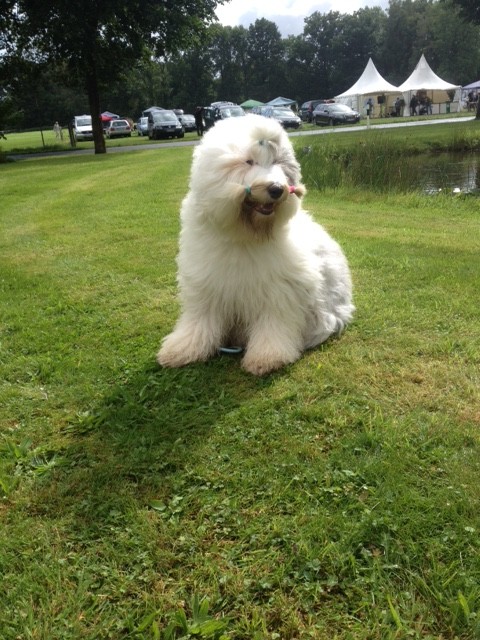 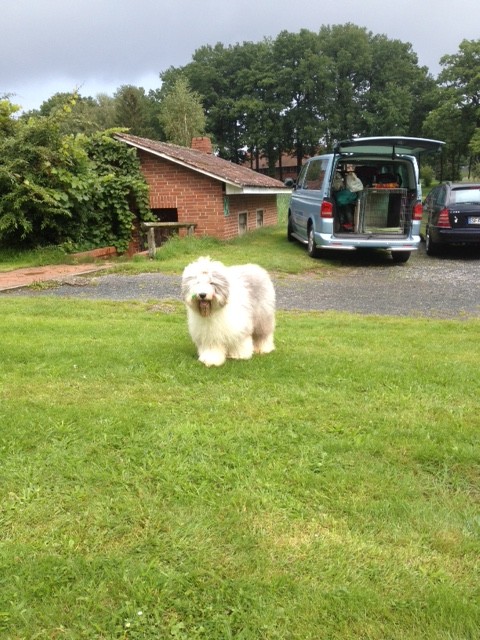 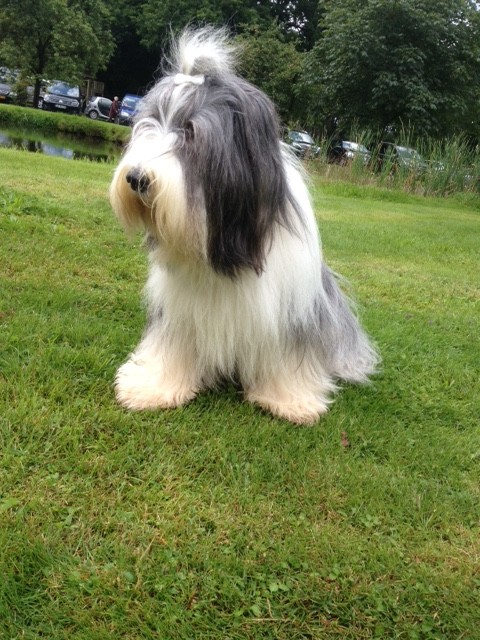 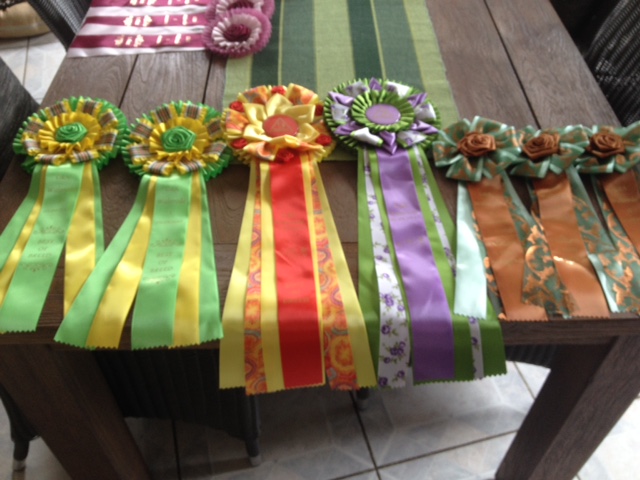 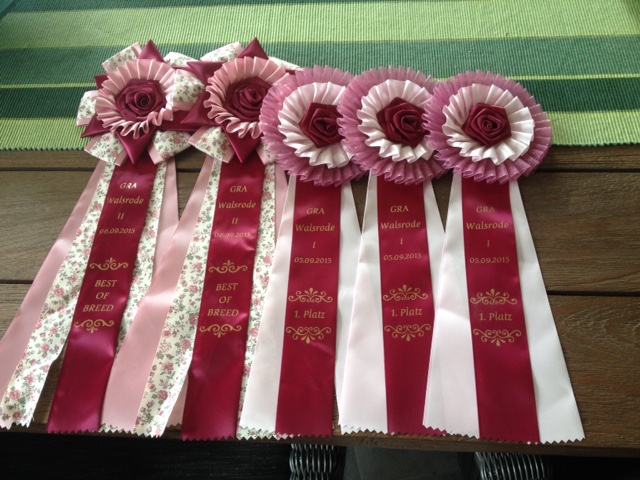 International Show in Libramont/Belgium, Judge Mr. S. Gladstone/USA. It was a nice show in the south of Belgium and for my two dogs Norman & Senta more than successful.
Norman Harrison aus dem Elbe-Urstromtal won the CACIB, his first CAC in Belgium and was Best of Breed. A big Thank You must go to Pascal Kuijpers, who was so kind and helped to show Norman for me. His litter sister Senta “No Limits aus dem Elbe-Urstromtal” also got the CAC & CACIB and was BOS. Thank you dear Mrs Fuss for keeping me company, this made the day perfect. 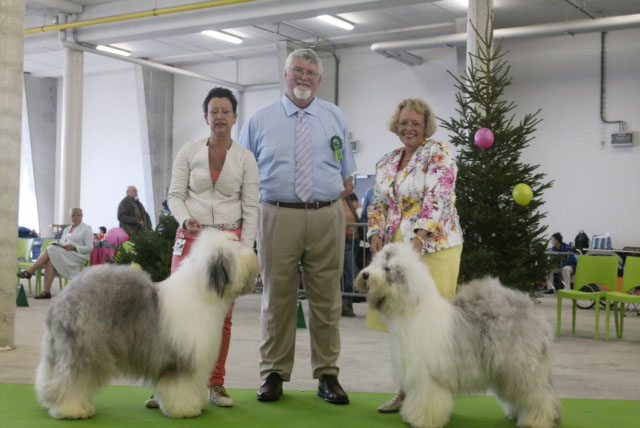 the perfect ending of this nice day was the 2nd in the group 2 for my Norman, the judge was Mrs  Pogessi from Italy 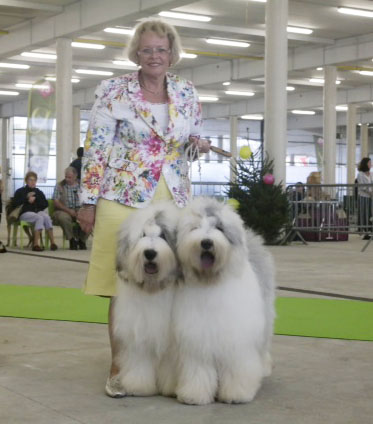