Our daily life is ran by the needs of our dogs. This means that, 365 days per year there is NO sleeping in! Getting up between 07.00 an 07.30. In fact, always going to bed to late, actually not or never before midnight.

In the house we keep Texas. The other dogs rotate on a daily basis, or in the morning or in the afternoon within the house. Depending on the weather, but especially during nice weather, all of them want to go out. Some, part of the hardcore group, want to stay outside, even during snow and ice……. 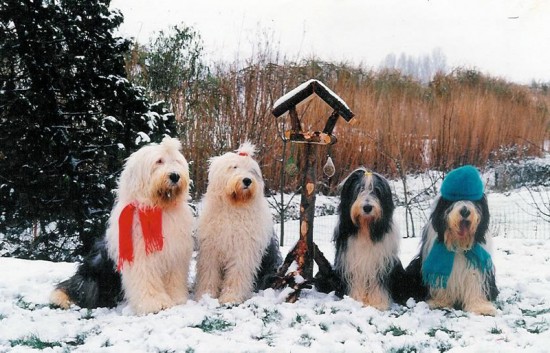 Whenever Harry and I really have some time and rest for ourselves and want to spent time on the couch to relax and watch television, you can find all of them in the living. During the night they will return to the “doghouse”, where all of them have their own place. The doghouse, equipped with airconditioning, makes it nice and cosy in the winter and cool in the summerperiode. 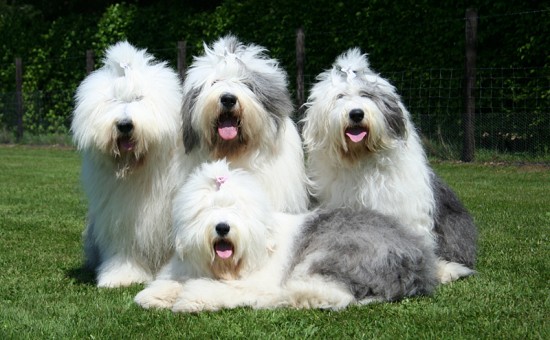 Harry had to learn to share his place on the couch, because there is always a beardie who wants to sit with him. Bandita, his special girlfriend, takes her place on the couch so fast, that almost no room is left for Harry to sit. 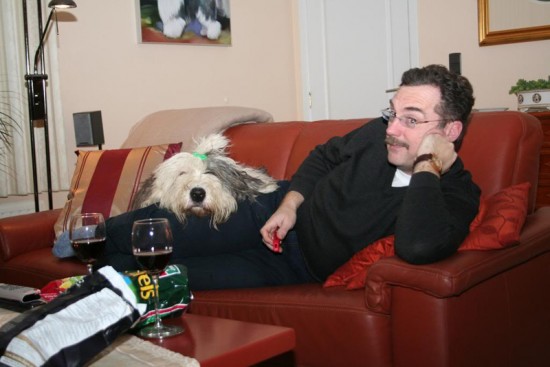 This poor man doesn’t have an easy life with a “dogwoman” and her “cattle”! Before I met Harry in 2004 he owned a cat….. Is he now bitten by the dog, or did he come out of the frying pan and went into the fire…? It was too much, Harry left me and the Dogs in August 2015