The first weekend in July was very busy with exhibitions.

Asne Koch was again in Norway on the road  with her “Ursula Karven aus dem Elbe-Urstromtal”. There was a double exhibition in Maura/Norway. On the first day, Javor Davor judged breeders of the Reata OES. He wrote a very nice report and gave “Sane” Best Junior, Certificat, and Best of Breed.

In the afternoon Mr. P. Bozhinovski/Serbia judged  and “Sane” was only good enough for 3rd place. There were the same bitches in the ring as in the morning…..

On Saturday the Midsummer Show took place near Utrecht. Great lawn outside….. which was only well mowed down by the water. On the upper part the grass was ankle high and the clippings had stayed. Anything but ideal.

Gerda Jolink, who bought Multi Ch. “Wunderschön aus dem  Elbe Urstromtal” in 1982 from me, was there with her “Ziva”. After many years, she wanted an OES again and has chosen me again for her new dog. “Ultrachic aus dem Elbe-Urstromtal”, just 9 months old, was relaxed and easy-going. The Danish judge Mr. T. Rohlin had words of praise in his report about “Ziva” Best Young Dog with Junior-CAC and Res-CAC. A successful start. 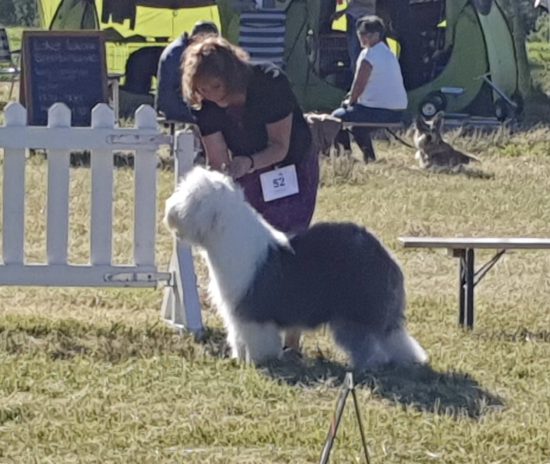 Conny, Paul, Cooper and Lilou were at the CAC Show in Genk/Belgium on Saturday. The judge for the 7 registered OES was Mr. Bart Vandaele/BEL. 2 males and both in the champion class…. we were the lucky ones with “Cooper” who took first place. 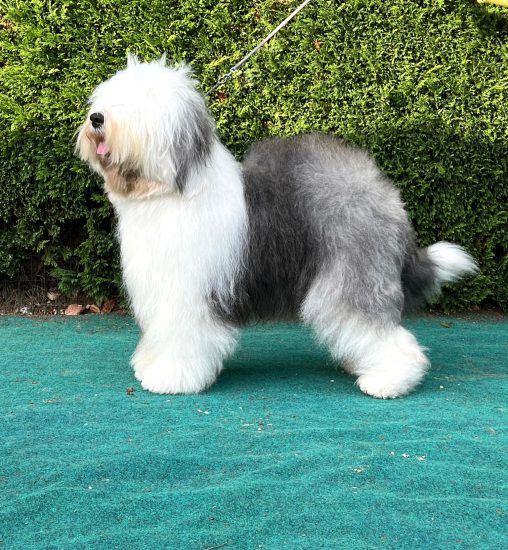 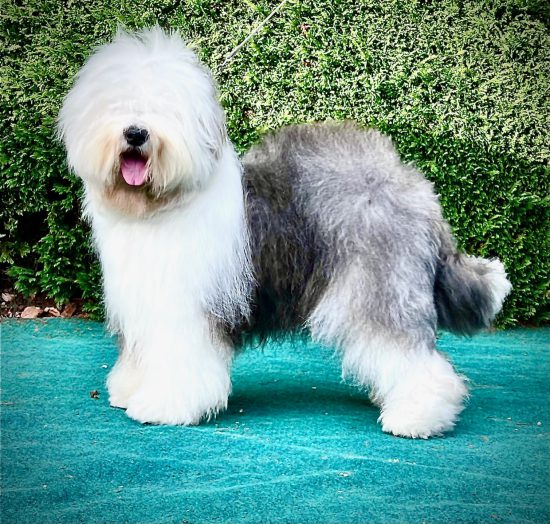 “Lilou” Ch. Seejungfrau aus dem Elbe-Urstromtal” was alone in the champion class and for the other exhibitors it was actually certain that she should have won best bitch. But the judge decided for the bitch from the open class……so “Lilou” only got the Res-CAC 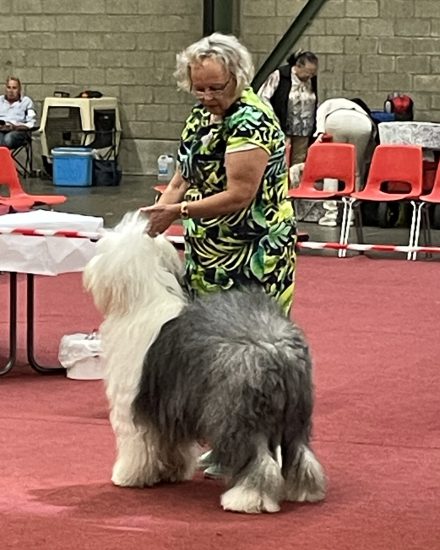 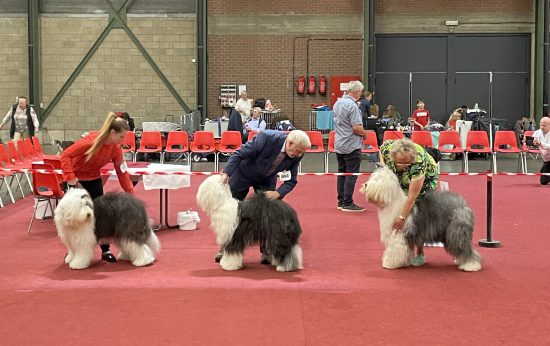 and the winner is the open class bitch and “Lilou” 2nd. The photo of Lilou was taken outside 1 hour after the judging. Some of the photos are with thanks to Charlotte Calmerman Van Wauwe

Best of Breed  ” Ch. Rock me Amadeus aus dem Elbe-Urstromtal” in group 1 he won the 3rd place. The judge was Mr. Milic Momcilo (ME) 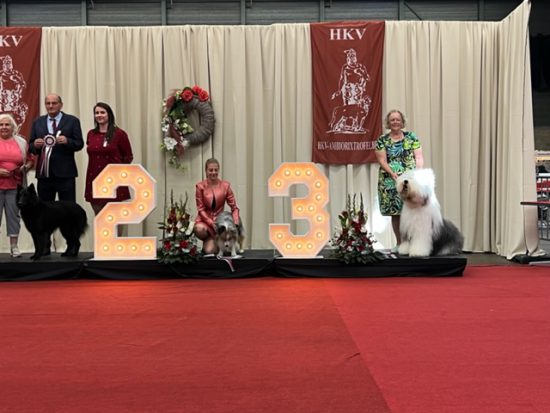 Impressions from the judging in Genk 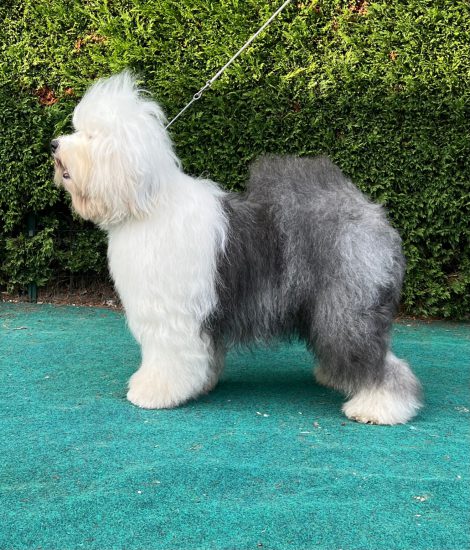 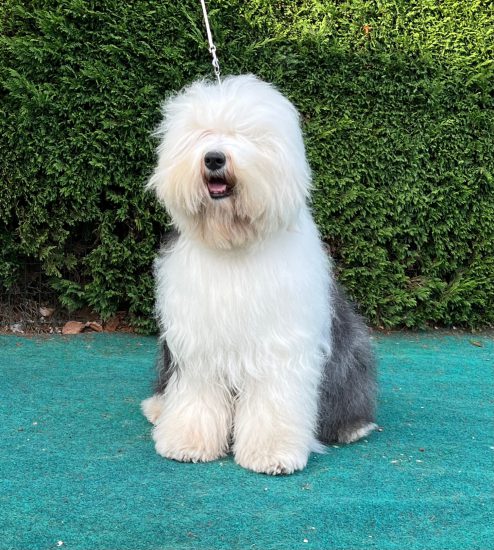