Our ladies had their babies

On Friday, September 24th,  (Paul’s birthday by the way) “Sonja” had her babies. I knew there were only 3. To my great sadness the male didn’t make it. I’m still sad and angry that he’s dead. All 3 weighed 500gr at birth. Our “Rote Rose aus dem  Elbe-Urstromtal” had a lot to do.

Unisono and  Universal that’s the name of the two. 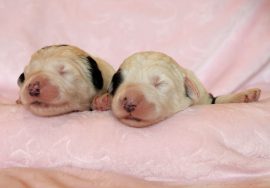 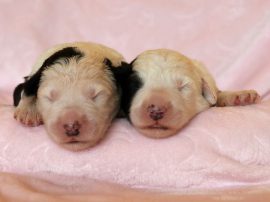 only one day later “Anna” got to work and had her puppies. There are 4 males and 4 girls. All between 400 and 500gr. “Ch. Q’Anna Anka aus dem Elbe-Urstromtal” is a modern mother, after only 3 days indulging in such little breaks next to the whelping box

The males are called: Undercover, Unlimited, Up to date and  Underpressure 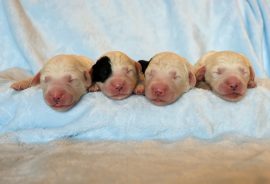 the Ladies : Untouchalbe, Uferblume, U got the Look and  Ultrachic 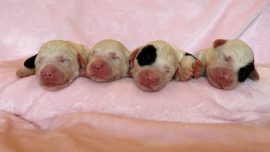