At the end of October I had visited “Otto” and gave him a new hairstyle. Afterwards he looked really good. At least that’s what I think and its owners Debbie and Martin Palmer. 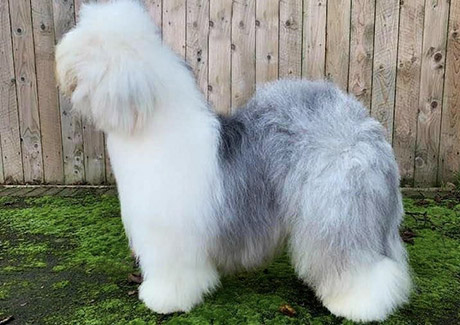 Otto” made the beginning in November at the Working & Pastoral Breeds show in Edingburgh / Scottland on 2 November. “Otto” looked great and the judge Mrs. Carole Birdsall / GB was also very impressed by “JW Red Devil from the Elbe-Urstromtal“. He won the postgraduate class and became Res-CC winner, 2nd best male the tender age  of 15 months in England. WOW!! 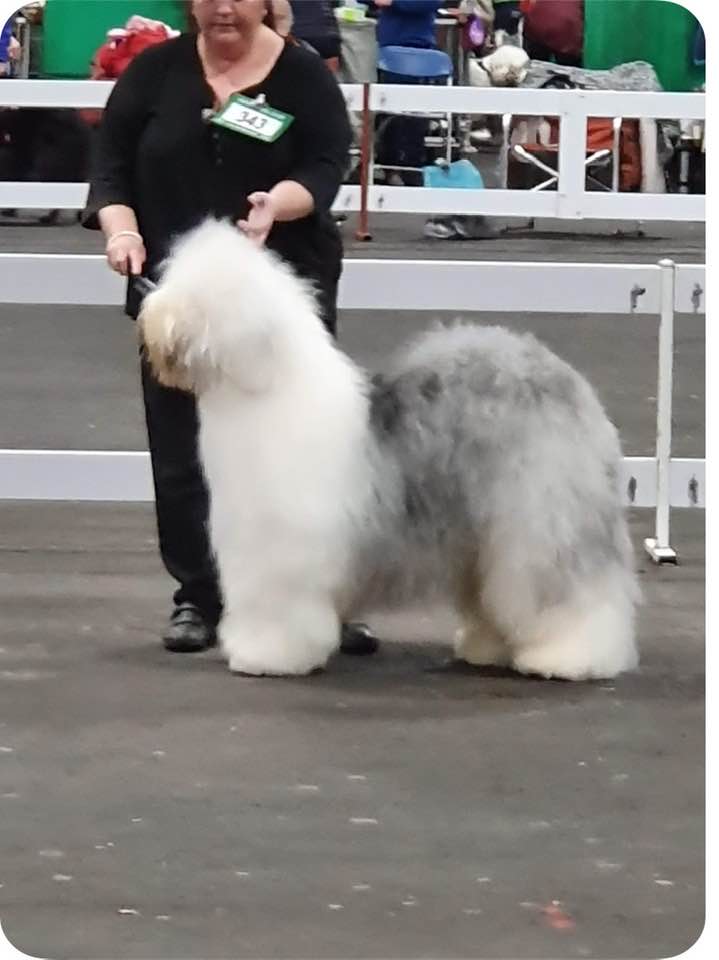 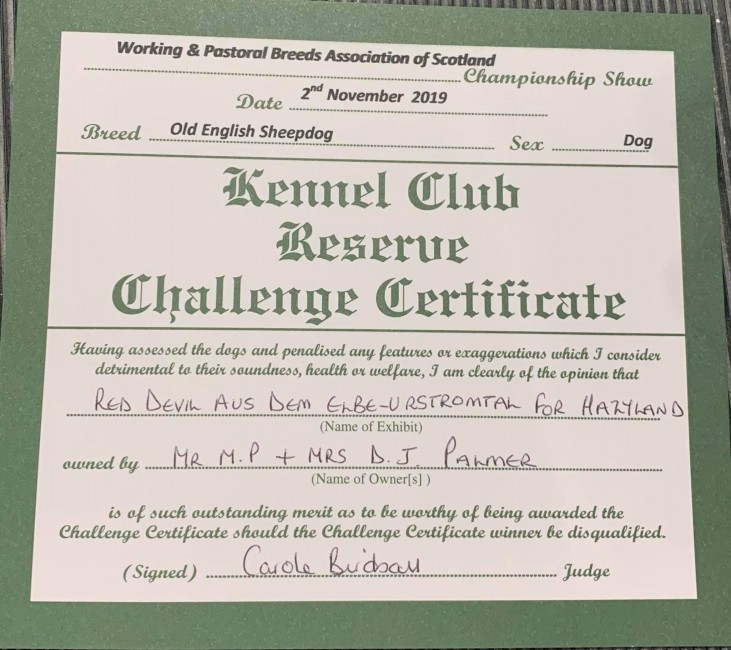 and at home playing with his toys  again 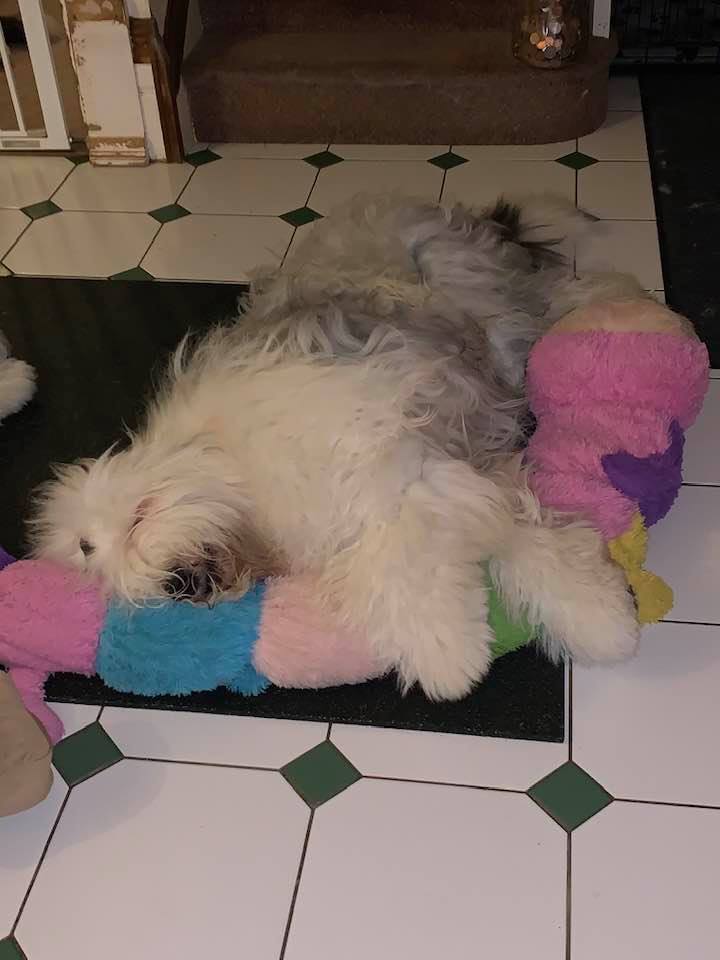 The same weekend I was with “Anna” to double CACIB in Bleiswijk / NL. On Saturday Mrs. P. Runderkamp / NL judged. “Anna” won Best Bitch and got the CACIB and CAC.  Now she has all tickets for her Titel of a  “Dutch Champion” received, she is just 28 months old. Unfortunately, exactly one day was missing on Saturday to finish the title International Champion. On the second day Ms R. Chiodi / NL wrote Anna a very nice judge’s report, but she was too slow in her  movement for her. Anna runs like a clockwork without constantly jumping or pacing But that’s exactly what Ms. Chiodi liked that day and Anna got her Excellent 1 (she was alone) in the champion class and nothing else. 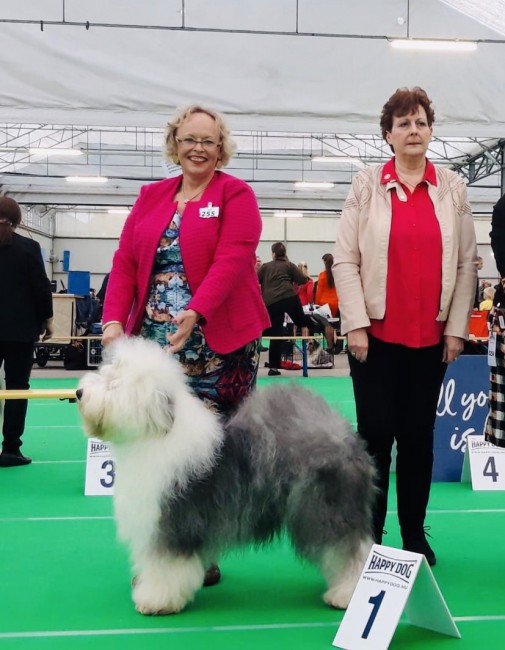 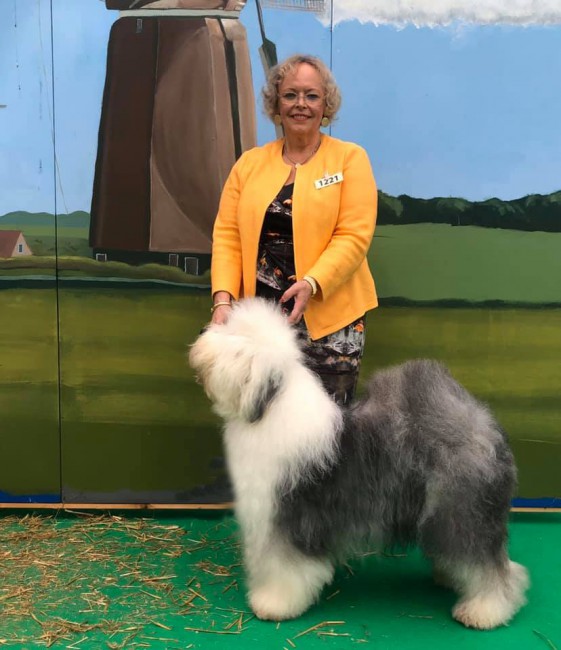 On Sunday 17-11-19 we went with our “Sonja” to Kortrijk / BEL. Every year there is a very big exhibition with a lot of entertainment. It was a long time ago that I was there. The judge of the day was Mrs. A. Gregori/BEL . I have never exhibited under her, but everything has been fine. There were only 6 OES registered 2 males and 4 females. “Sonja” was able to show her class again with her adolescent 16 months.

Best of the breed with CACIB, CAC and later 3rd Best of the group 1 with the Irish judge Mrs. Dunne.

“Red Rose from the Elbe-Urstromtal” “Sonja” my love 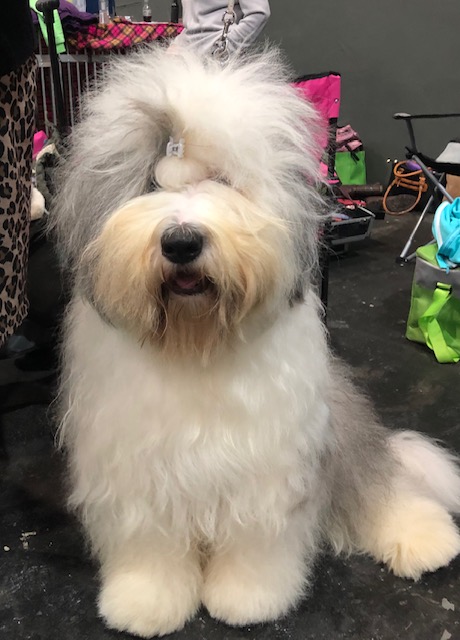 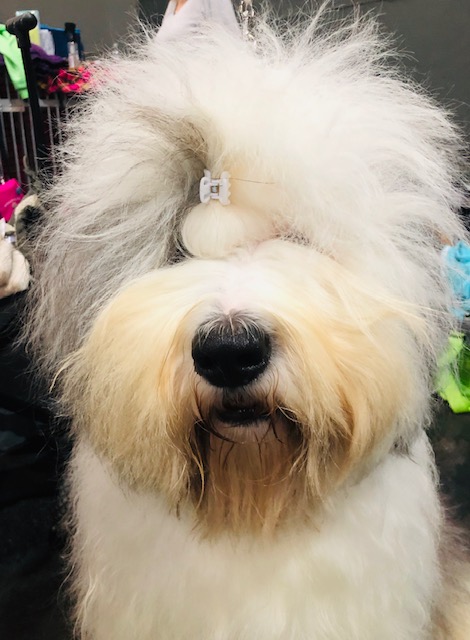 Sonja with the winner out of Open class bitches 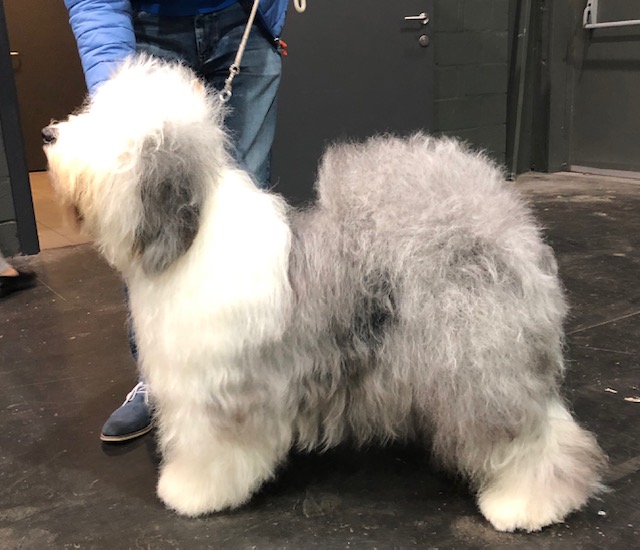 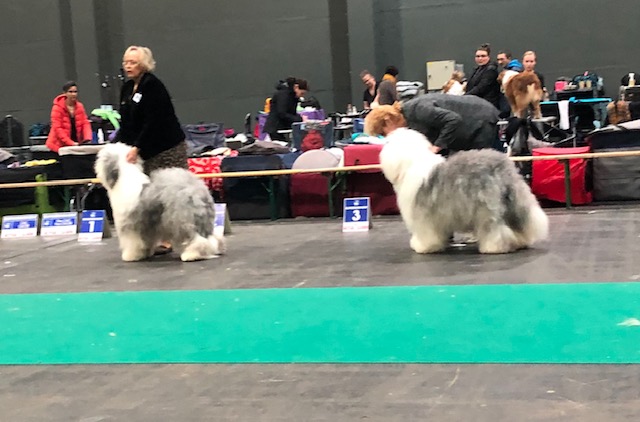 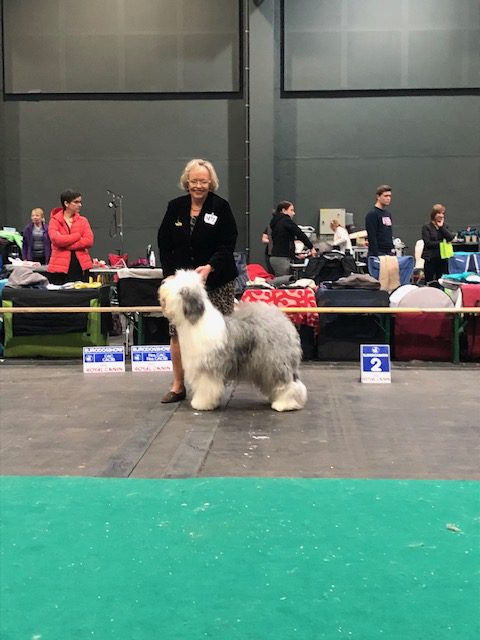 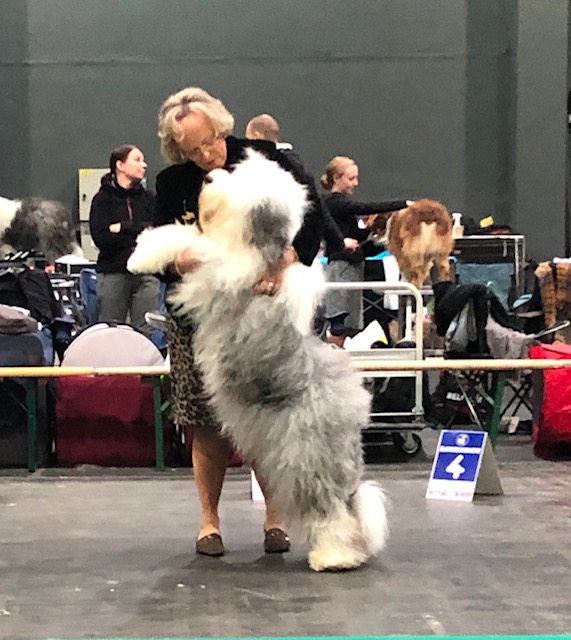 Best male became “Touch of Charm everywere you go”owned by family De Severen / NL. He is a son of my “Norman Harrison” and became Belgian champion that day. It is the 6th child of “Norman” who has a Champion title 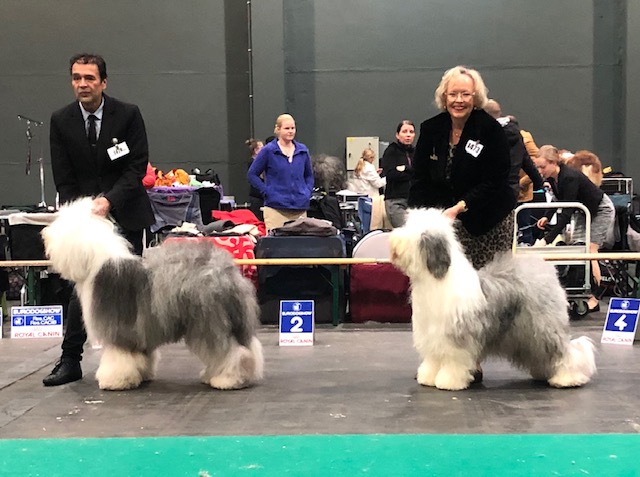 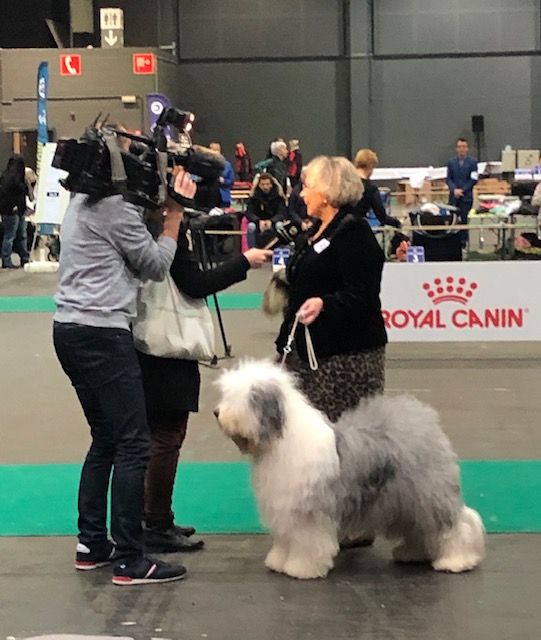 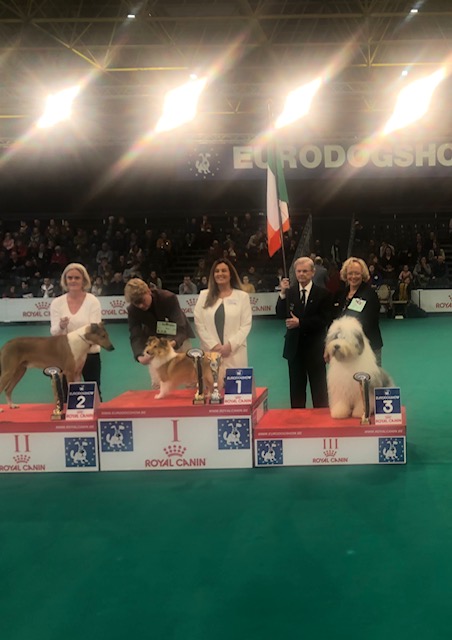 On the 17th of November in the Netherlands was the puppy and young dog day of the OESCN . Chris Beirendonk had the desire to take our “Rolfi”, so that he can smell the exhibition air. Mrs. D. Sari judged, she is a breeder of Southern Russian Owtscharkas. “Rolfi” behaved so well and and behaived perfetly

Thanks Chris you made our day perfect 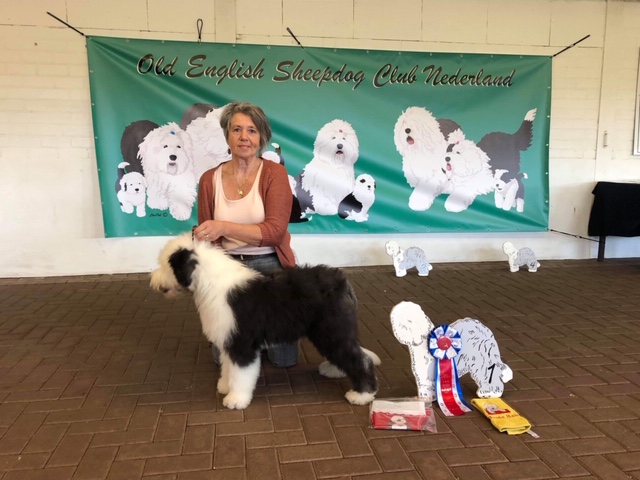 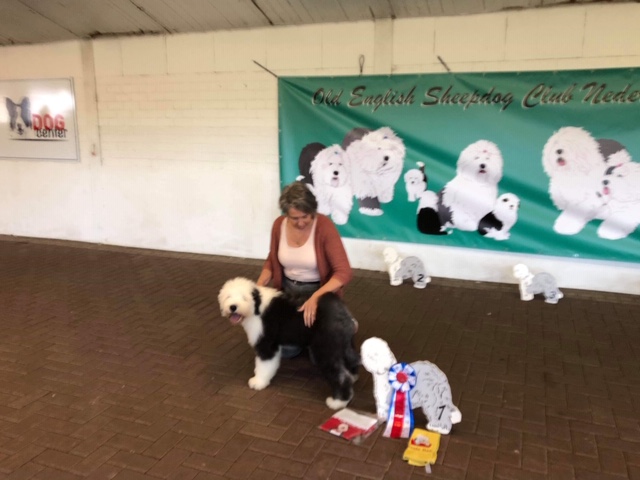 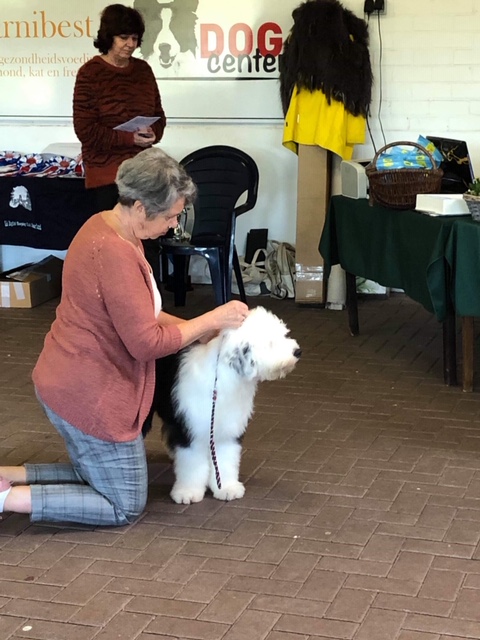 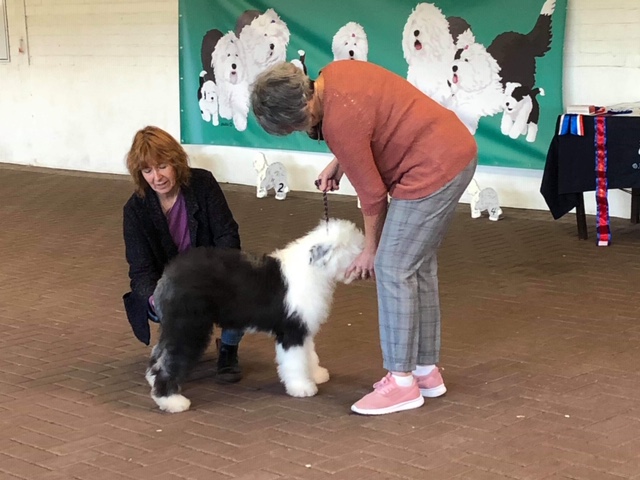 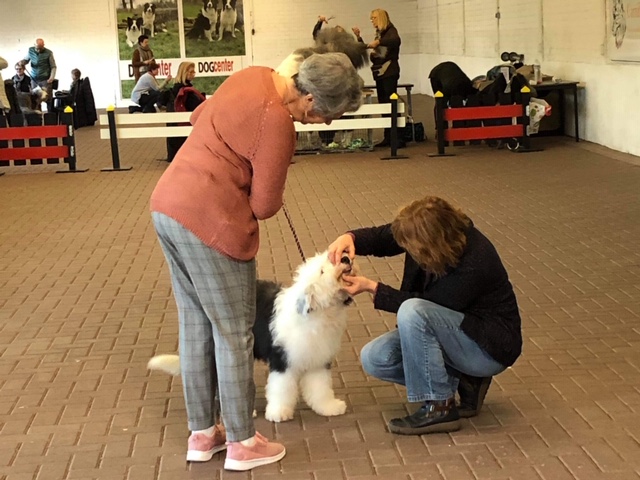 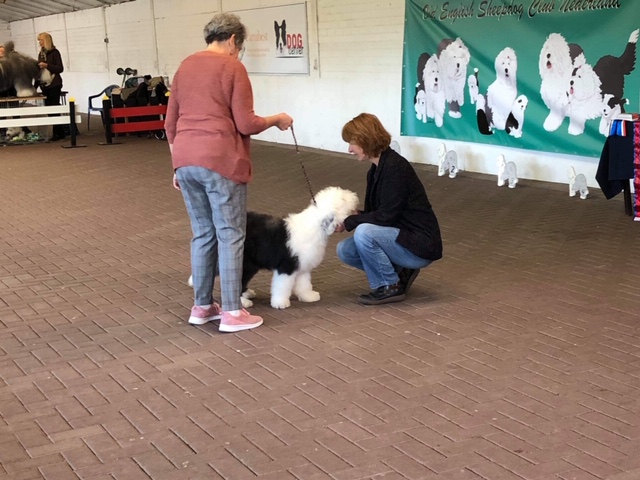