Stitting behind my computer and update my homepage is not my favorite job. But if you realise you have a new champion in your kennelhistory makes it more fun! Filling in the update on the latest show of “Quadria aus dem Elbe-Urstromtal” (Ch. Norman Harrison aus dem Elbe-Urstromtal x Ch. Aryakas Niki Elbestrumtal) born in april 2017 made me wonder if she has all CAC’s for her Austrian Champion titel. Searched of course on the site of the austrian Kennelclub to read the regulations for the titel and counted twice her winning records. And YES she has 5 CAC’s in more then 1 year under 5 different judges. Wrote to her owners the Laminger Family if they are aware of it. …..

It is the 3rd Champion out of the same parents in 2 different litters. 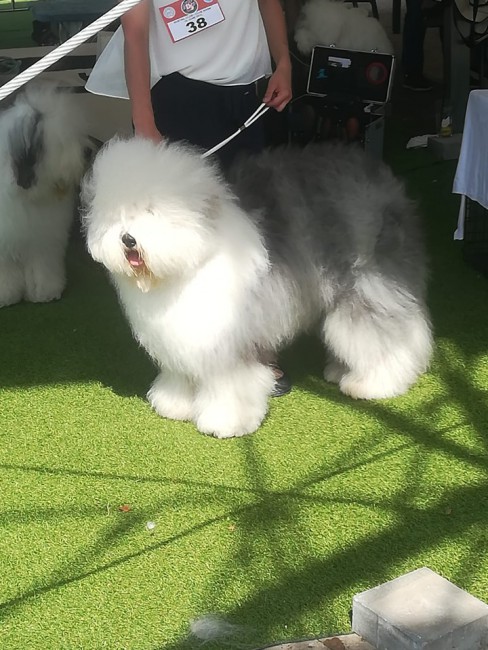 The Show in Ludwigshafen/GER is always very nice IF the weather is good. Most of the rings are outside. Have visited serveral times  in the last 15 years this Show and always with wonderful results. have won each time the Group with one of our Bobtail or our Bearded Collies or even placed on first AND second place in the Group. This time we went on August 11th. with our “Anna” as she needed a 3rd Country for the Internationl titel. Mrs. R. Blessing/GER judge the 14 entered OES. Best of Breed went to our 2 years old Ch. Q’Anna Anka aus dem Elbe-Urstromtal. 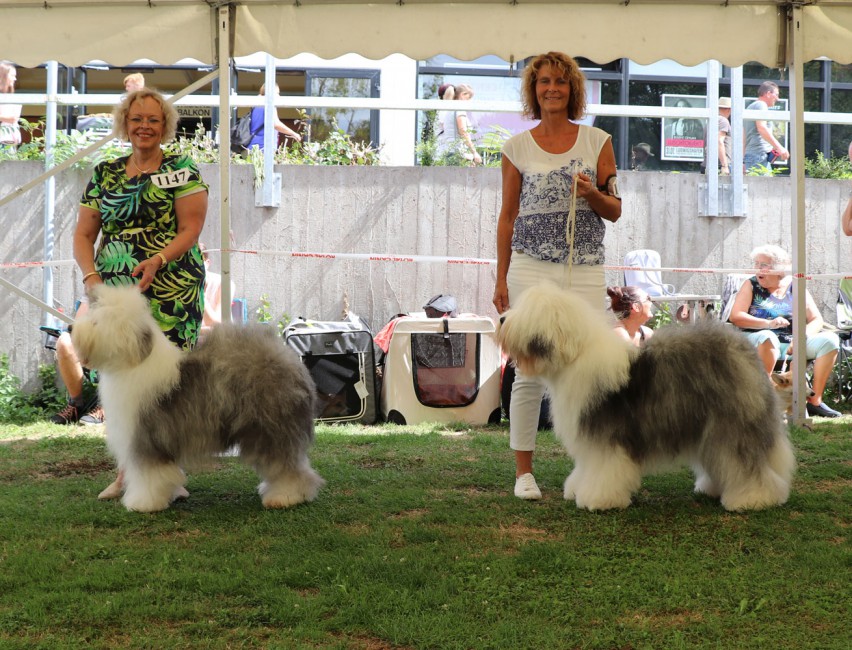 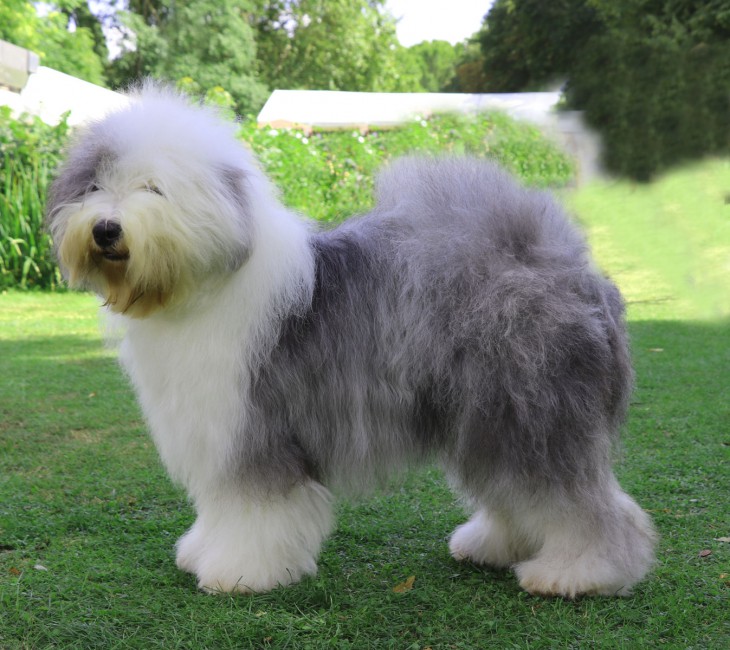 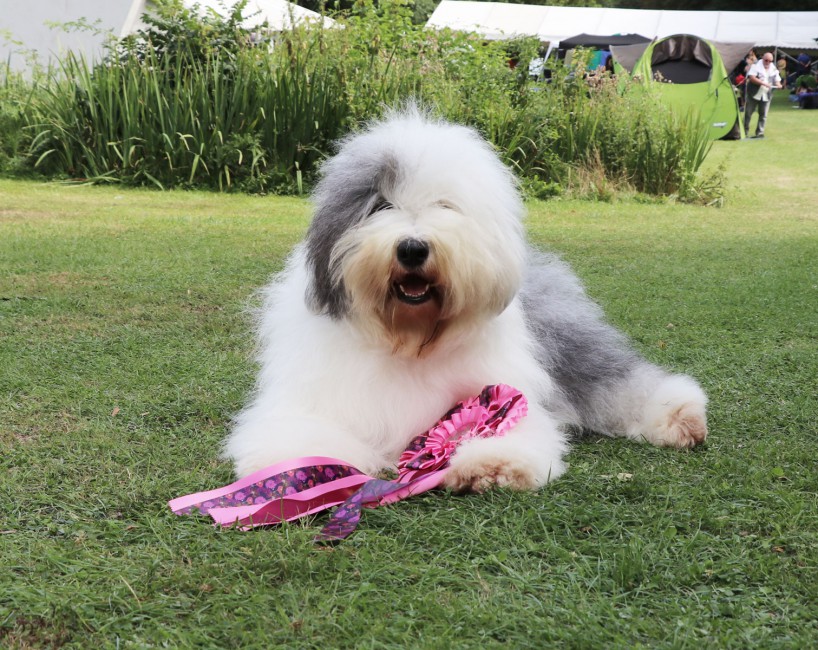 BOS was the Young male ” Mister Hokuspokus from Beautiful Highlands, owned by the Kirsch Family . The judge Mrs. Blessing and my “Anna” 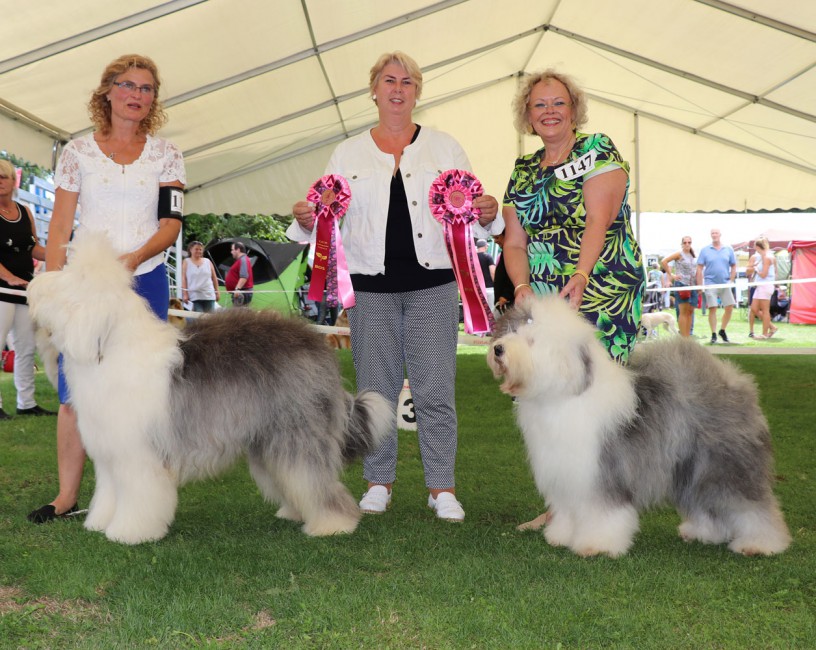 At the Bohemia Show on August 26th.  in Czech Martin and Denisa were winning the Res-CACIB and Res- CAC with her “Q’Mona Lisa aus dem Elbe-Urstromtal”. Judge was Mrs. L. Lavrova/MD. Photo Danuse Horakova.

Winner was the Bitch on the 2nd from the left.  MACOES ELASTYNA,, 10.2.2017. Sire: MACOES ASPEN, Dam: LAFAYETTE AUS DEM ELBE-URSTROMTAL 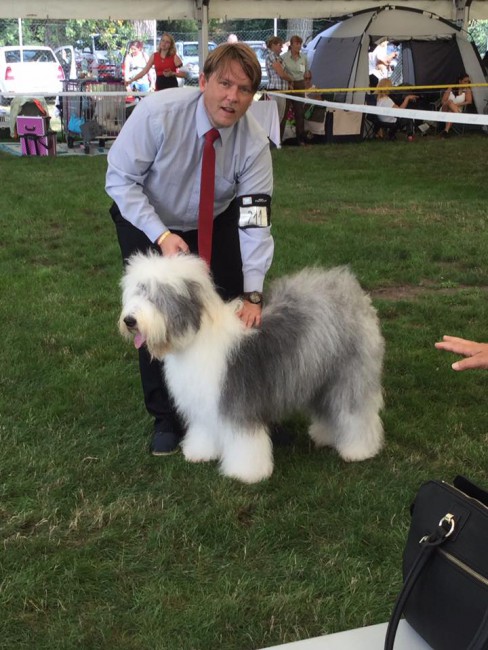 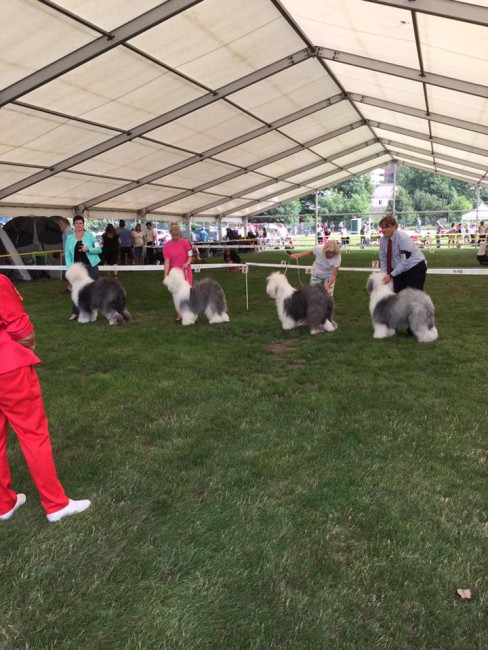 “Otto” is 2nd best puppy of the pastoral Group in England in the first 6 months. a huge achievement. And now also Junior warrent, last point achieved at the Show in Birmingham on 30-08-19 with Best Male 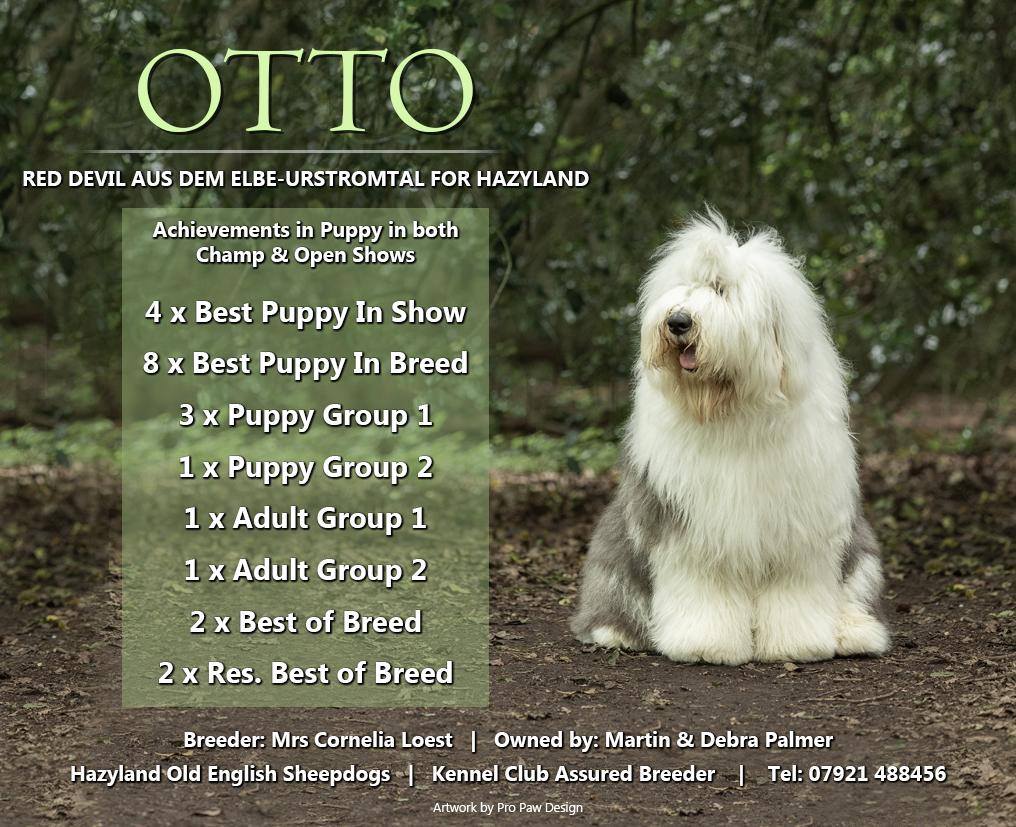 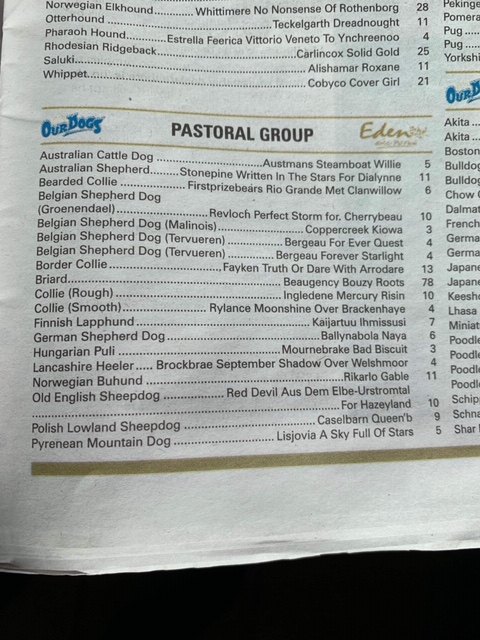 On the last day of August I was with “Sidney” at the International Show in Luxembourg. There were 2 males and 6 females emtered for Mrs. Gloria Wagner from Luxembourg. As always, I was at 7.30 in the hall at the ring, we were judged at 14h. Over 63 dogs had to be judged before us. The wait was worth it. “Sidney” was Best of Breed and has now fulfilled the requirements for the Luxembourg Champion. That’s her 4 titles this year. Although I knew that the judge in the ring of honour would only pay us a glance for 2 seconds, we stayed in order to let the other judges see my “Sidney”. 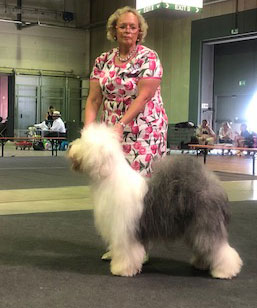 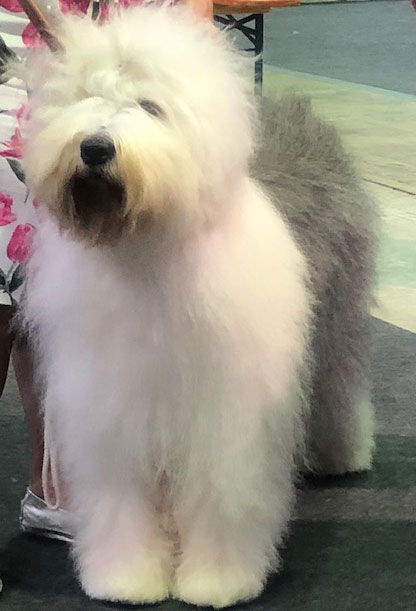 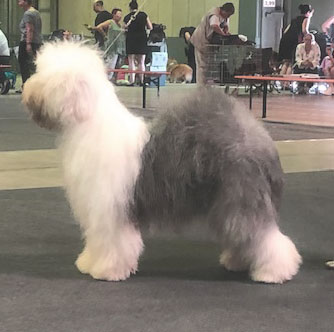