Linda Wong and her husband Alexander wrote to me about a puppy earlier this year. They live in Hong Kong and have already had 2 OES. A lot of photos and information were exchanged so that I could be sure that the dog would be fine. If you hear China and Hong Kong all alarm bells rings….. but there are also many people who love their animals. We shouldn’t position ourselves better than we deal with our  farminganimals here and not to mention the transports and slaughterhouses …..

So after long requests from Linda and Alexander I agreed to sell them a puppy. This means that the dog must be 5 months old before it can be imported into Hong Kong. The paperwork is enormous and is annoying. The dog must be 90 days old when he receives the rabies vaccination and not 12 weeks … we noticed that in time.

Having a puppy with you for so long times means a lot of work. He has to learn everything and you have him like your own dog and of course you get used to the dog.

Finally it was time. We were able to book the flight to Hong Kong, which was impossible in Corona times. Now there was a daily flight from Amsterdam via Bangkok to Hong Kong again. Import authorization was given from Hong Kong. All papers were fine. Oh dear, the first shock: Hong Kong had issued the import permit from Belgium to Hong Kong but “Ruby” flew from Amsterdam in the Netherlands. Many emails back and forth and many explanations filled in until Hong Kong gave its OK. We had booked the flight for Monday evening, July 27th. Then it was July 28th. in Hong Kong, meaning: Ruby was 5 months old on arrival.

On Thursday 23-07-2020 I had an appointment with the official veterinarian in Hasselt/Belgium (1 hour there and 1 hour back driving time) to certify the document. The latter refused to sign the papers because the form said that Ruby was 5 months old on July 28, 2020 and now on July 23rd, 2020 she was 4 months and 25 days old. Nothing could be done with this lady who had all the power. I should come back next week. FUCK !!!!! I was there for an hour on the phone to rebook the flight through the agent in Amsterdam. Thank goodness that went without losing the already paid flight and having to pay again. Contacted the official veterinarian again to make an appointment for Tuesday morning between 9 and 10 a.m. That was not possible, she had no time that day. I almost strangled her on the phone. I explained to her that I have now rebooked the flight to Tuesday Ruby is 5 months old and that we have to go to Amsterdam to hand her over to the agency in good time. Then she said, ok, but  the veterinarian has to come to your home. The application form was filled out …. another 1 hour paper war. Monday morning there was finally the ok, all papers checked again and the vet arrives should arrive  on Tuesday morning between 9 and 10 a.m. Immediately contact to  Hong Kong that everything is ok and Ruby can start her journey. On Monday Ruby got a bath and was made pretty.

Our very best Dog sitter was ordered for 10 o’clock and we wanted to leave shortly afterwards to drive Ruby to Amsterdam without any stress. At 9:00 a text message of the official statevet that she can only come between 12 and 2:00 p.m. HELP that is too late …. Called and asked what we can do. It was possible that we could come to her place and draw the paper there. A short detour of 45 minutes …… but it shouldn’t fail. After I finally had the document, I quickly sent everything to Hong Kong via messenger and to the agent in Amsterdam.

Then our trip “Ruby goes Hong Kong” started. We had taken Sonja (Rote Rose aus dem  Elbe-Urstromtal) with us to give Ruby her a good feeling .

The first pitstop was at the Van der Valk Hotel in Hertogenbosch. Coffee for us and water and food for the wuffies.

The day was beautiful and Ruby had to be at Zoologistic in Amsterdam between 4pm and 5pm. So we played toursit in our own country and went to the Zaanse Schans. An ancient typical village in the north of Amsterdam with windmills.

There is a shop  that sells the typical Dutch wooden clogs called “Klompen”. 0f course huge “Klompen ” outside for the photo shoot. 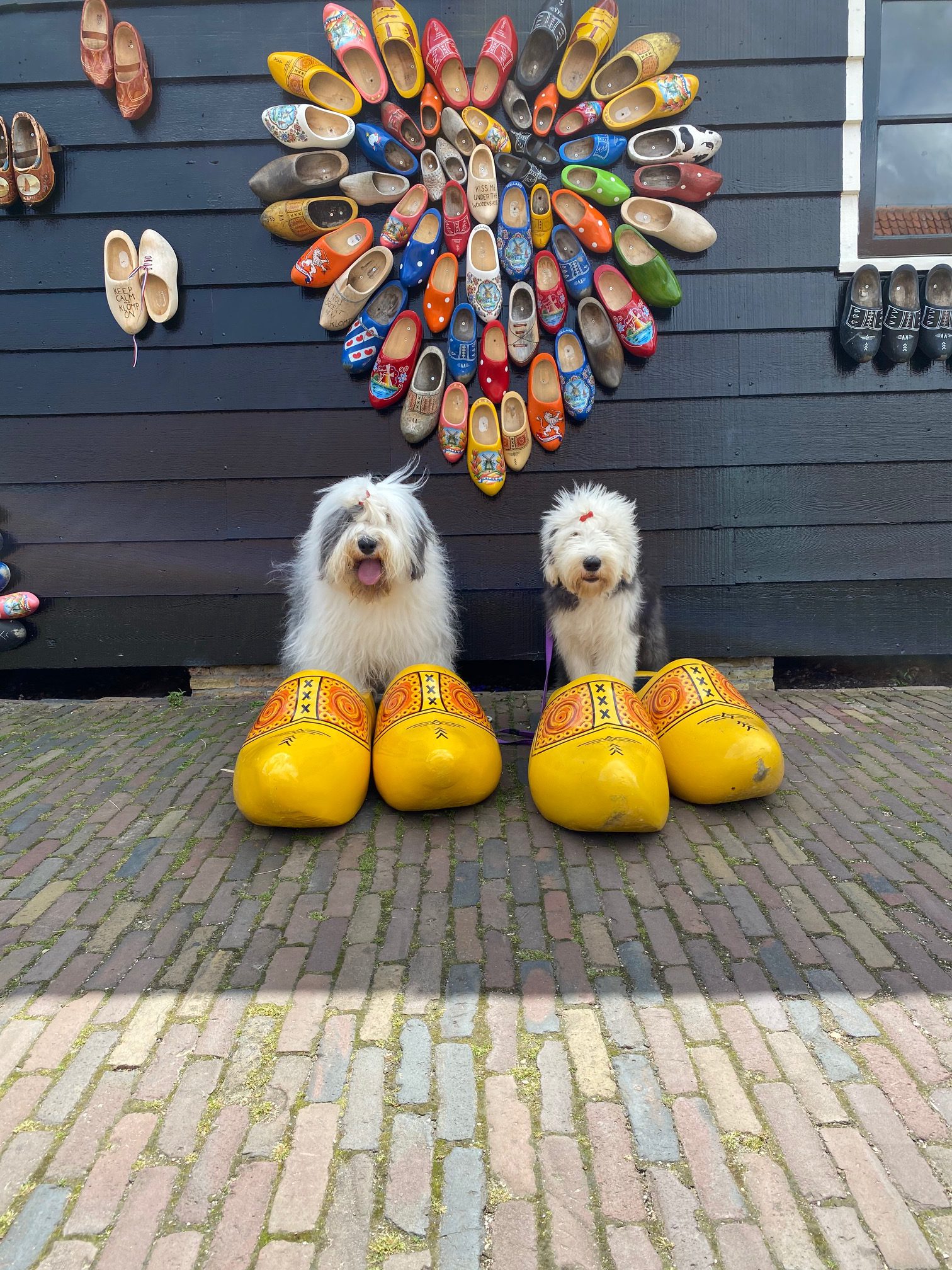 Then the time came. Around 3:30 pm we drove back to Shiphol to send Ruby on her long journey. The Zoologistic employee sticks all stickers on the flight box. We now had to say goodbye to Ruby and knew how long the trip was …….. 11:00 am pure flight time. Plus stopover in Bangkok ……… of course, at home we immediately set the flight radar to follow the flight live. 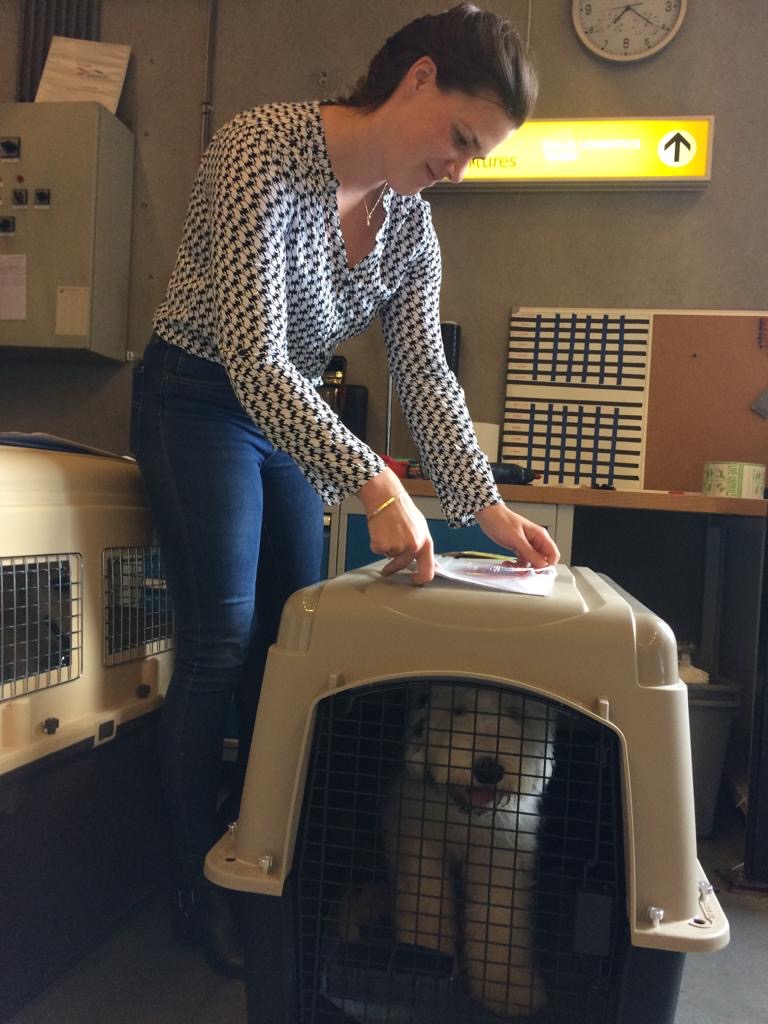 First we had to take a deep breath, a few tears had to dry, then we treated ourselves to a drink in Vinkeveen at the boats house. 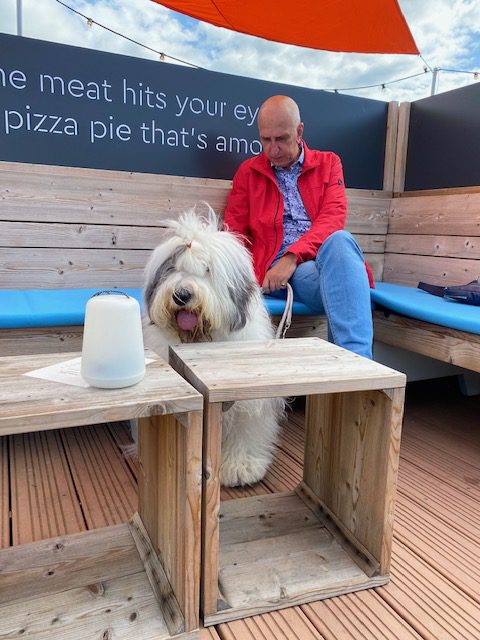 The next morning immediately looked at flightradar again. Ruby had 2.5 hours of flight ahead. Then I could see that the plane had landed. Immediately in contact with Linda and Alexander. They were already at the airport and had to wait patiently for customs to release the papers for Ruby and finally get her out of  box. Then the redeeming photos finally came. 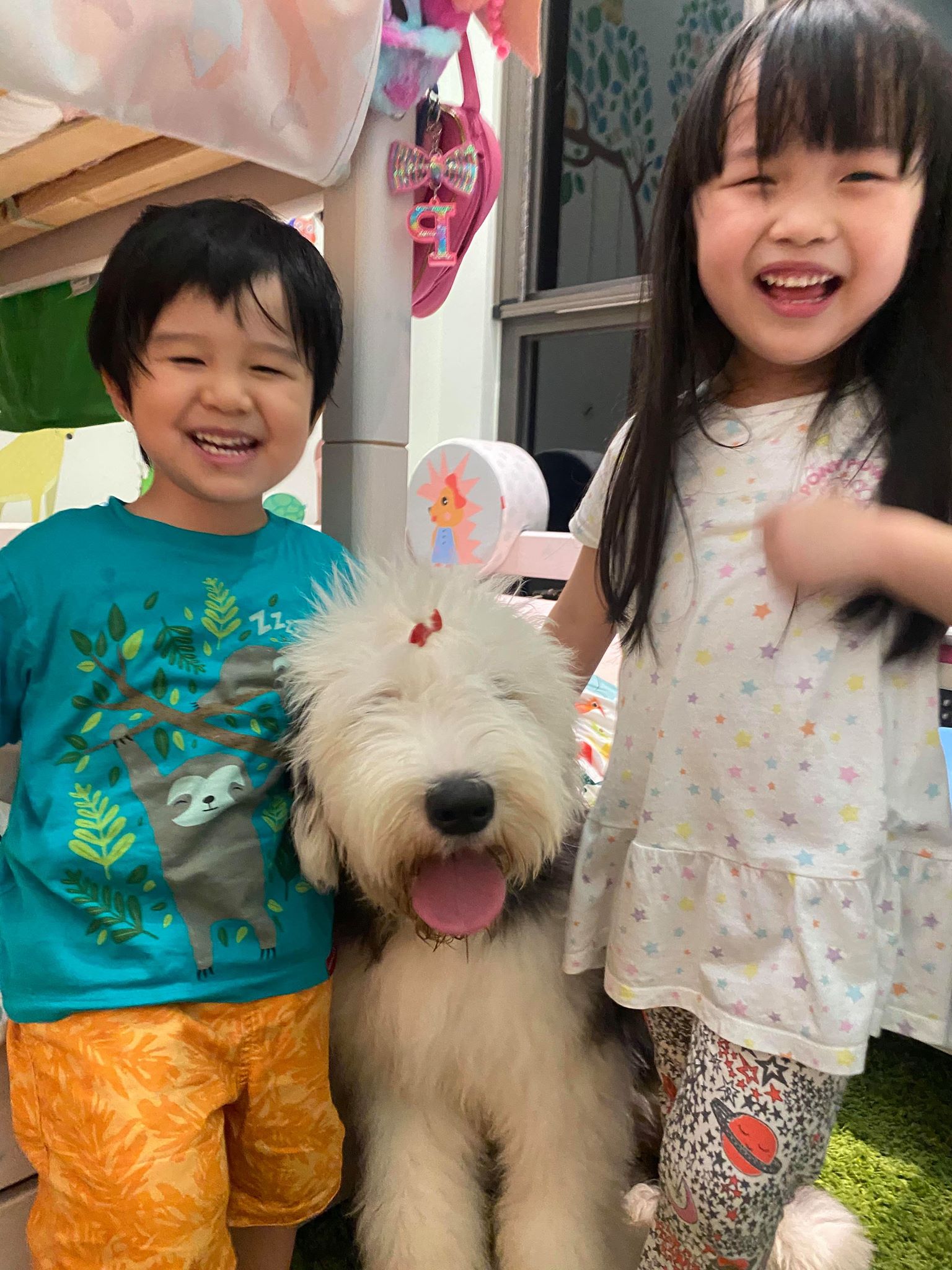 Ruby settled in very quickly and eat and drinks and loves the children. 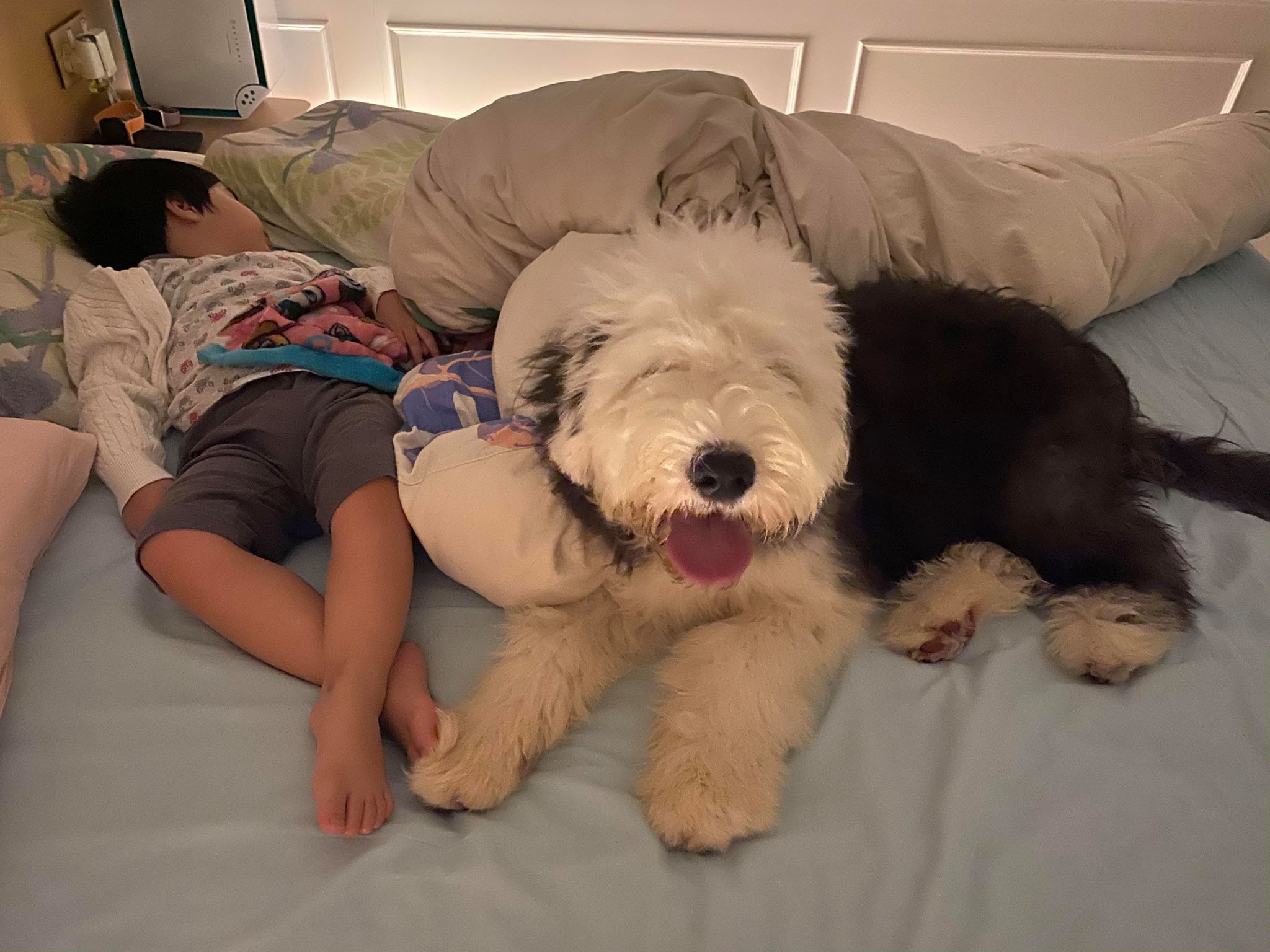