Winner Amsterdam is the highlight of the Dutch exhibition year. The title ‘Winner Amsterdam’ is coveted. Beforehand for a couple of years now, the CACIB show, the Holland Cup, has been held. This time it was on Friday 9.12. This means at 4:15 the alarm rings, get going 1 hour later, so that you are in the parking lot at 7:15. If you have “bad luck” and win best of breed you have to wait. We were in the ring at 9:30.  At 17:30 the group 1 was judged. Managed to leave at 6 pm and then into the Friday traffic jam through the Netherlands. Arrival Maaseik at 8:15 pm.

But that is whining at a very high level. If you win, everything is much easier to bear!
“Norman Harrison” was judged by Ms R. de Nooij / NL. He enchanted her and won the best of the breed. The ring of honour was judged by Mrs. I. Onstenk-Schenk, and “Nörmchen” became Res-Best of group 1. What more could my heart want?
Ch. Norman Harrison aus dem Elbe-Urstromtal 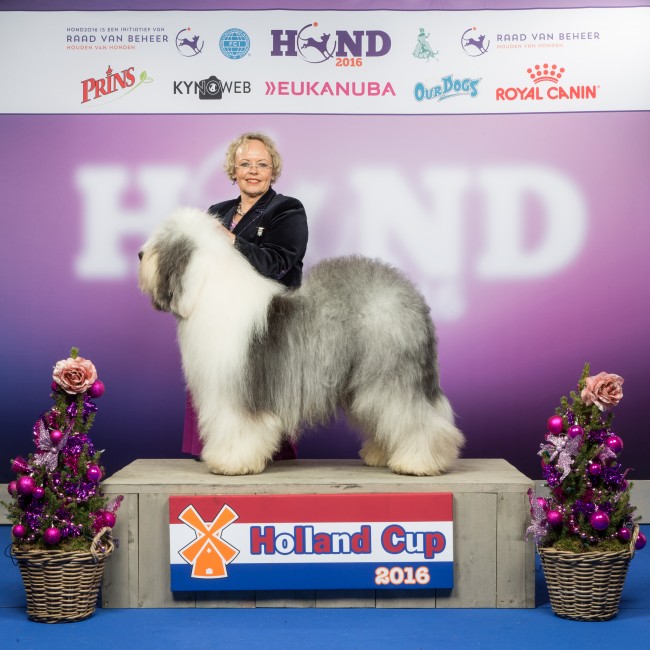 If you have time to kill, you can get a quick interview 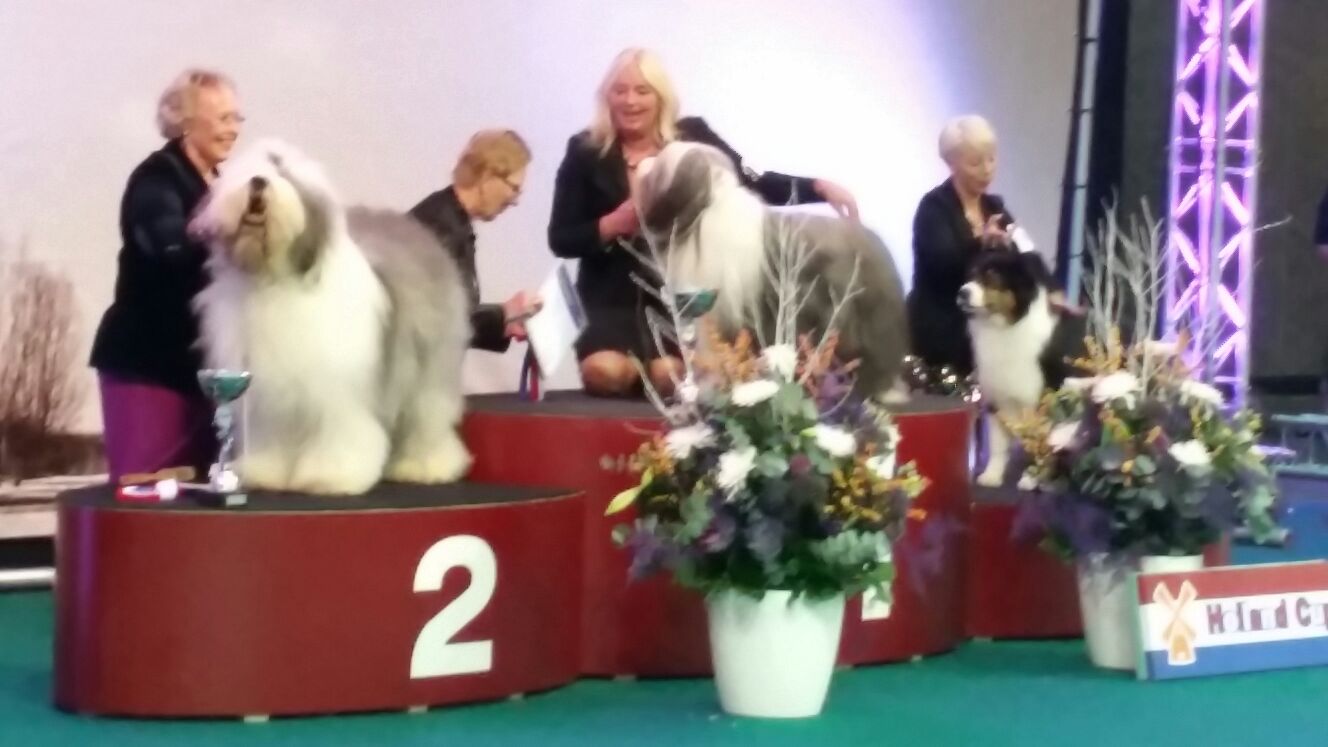 On Saturday I enjoyed some luxury and went to a hotel. As I did not have to drive so early in the morning, I finally had time to visit the famous Rijksmuseum. It was great and Amsterdam is a world metropolis, which I will surely visit again as a tourist.
On Sunday at the Winner Show, Norman was able to defend his title. Last year he won Winner Amsterdam with best of the breed and this year we had dejavu. The judge was Mrs. Marion ten Cate from the Netherlands. It was also a long day until the group 1 was judged at 17:20. Mr. D. Rutten had placed Norman within the last 6, but this time not on the podium. 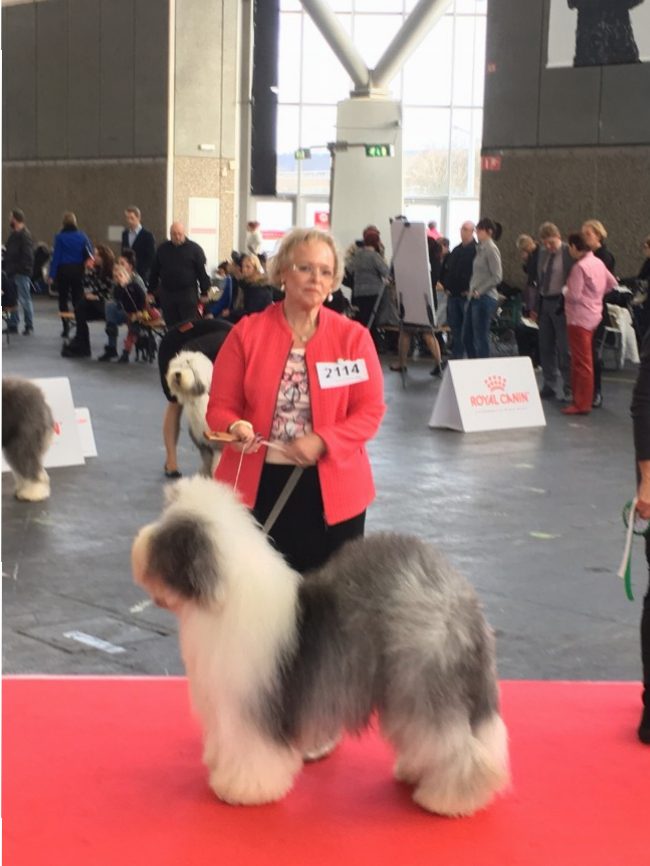 the Winner-Trophy, Norman won him now for the 2n time in a row 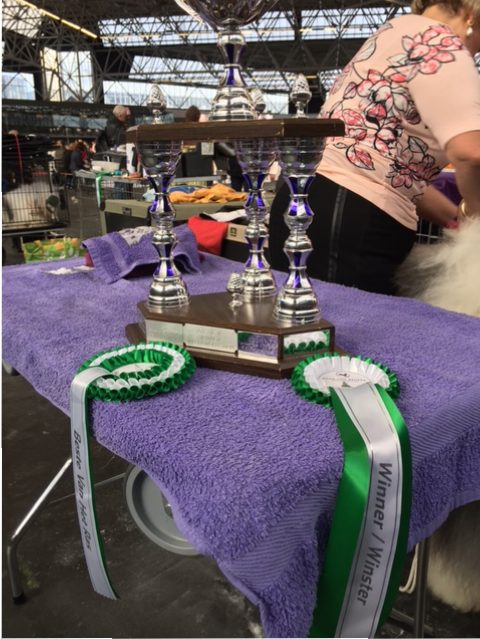 On the same weekend was a double CACIB show in Wels / Austria. The family Van Bossche had all their dogs with them and “Pepe” was shown on the first day with the Hungarian judge Dr.Cujan Sinisa and received the CACIB, CAC and won Best Male. On the second day with the Austrian Mrs. Ertl / A, there was only the excellent 1 with CAC.
Mrs. Van Bossche with “Ch. Nochmal aus dem Elbe-Urstromtal” 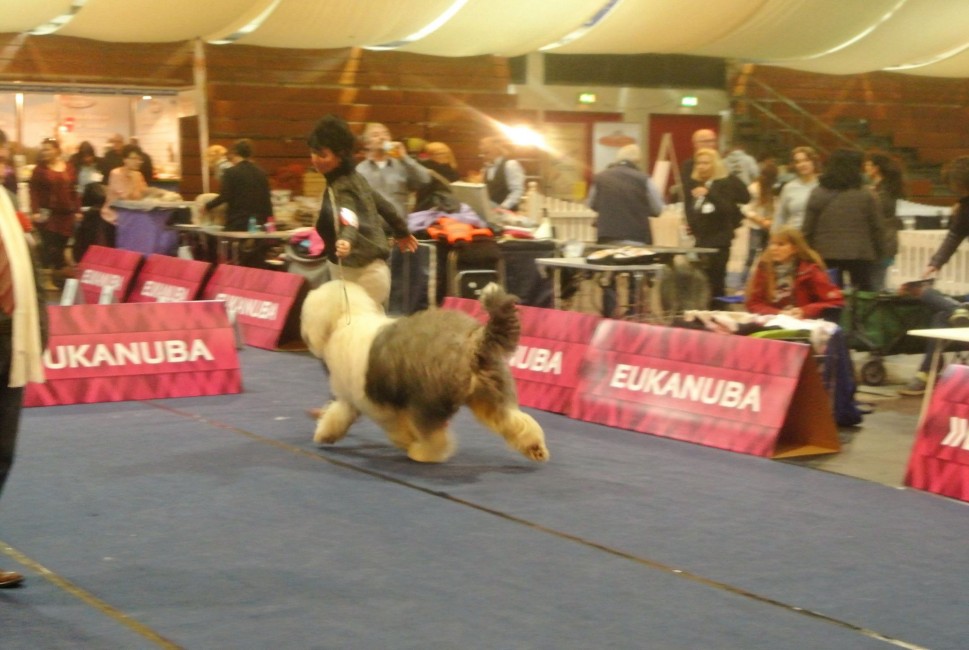