December is the month with the most important exhibitions like the Winner Amsterdam and the Brussel show. After 3 months of absence I put myself together to participate these 2 shows. My life has been turned upside down and at this moment I don’t where this unwilling trip will end.

Thanx to Monika Fuss, Willy van Opijnen, Irma Boyer en Nicole Neicken who guided me during these difficult times. Without their support I simply don’t know how I would go trough these last 3 months. Monika and Nicole motivated me to show my dogs at these 2 shows.

At sunday 12 December it was time that I drove to Amsterdam with Monika and her Beardie Nash and also my Norman and Senta.
I got my normal routine back. Norman and Senta are both 18 months old and will be showed in the intermediate class. The judge was Mr. M. Koot from Holland. There were many sweet people who loved to see me and my dogs back on the show ground. Everything felt so unreal, but I need to get my life together, allthough it’s really hard.
It was a great day. Norman started with Best Male and I was in tears, my “Nörmchen” Winner Amsterdam.
Norman Harrison aus dem Elbe-Urstromtal, Winner Amsterdam and Top Junior OES 2015 in Holland 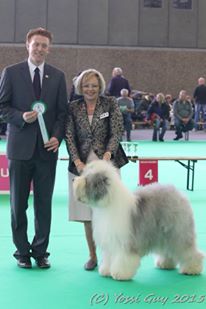 No wonder with such a beautiful movement 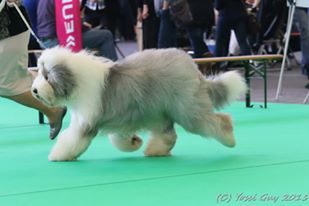 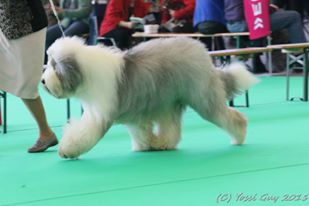 Senta also started in the intermediate class, a strong and heavy class. Senta is a real beauty with grace and charisma. The judge had the same thoughts and she won her class and after that Reserve Best Bitch.
No Limits aus dem Elbe-Urstromtal, Res- Beste Hündin 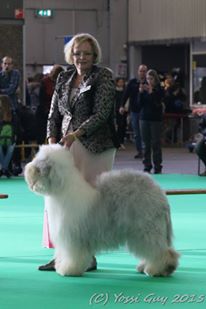 Senta also has a great movement

And a beautifull temper. 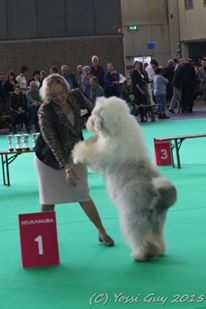 The beautifull pictures were taken by my good old friend Yossi Guy from Israel. Thank you Yossi, my dear friend.

This day become perfect after Norman became Best of Breed. In the main ring he placed himself in the last six dogs in group 1 under judge Mr. Jipping / EN
You can watch his performance in the main ring with below link on Youtube
Https://www.youtube.com/watch?v=OcYZR7geHEs 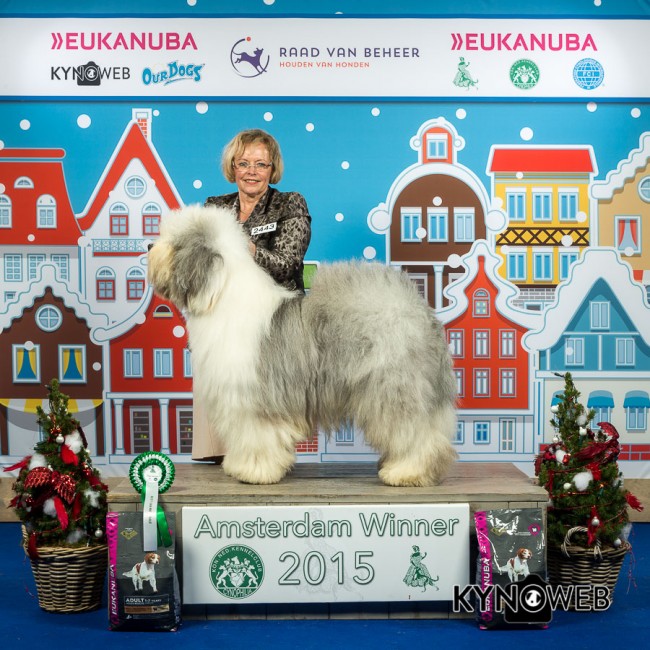 In the ring of honour with  Norman 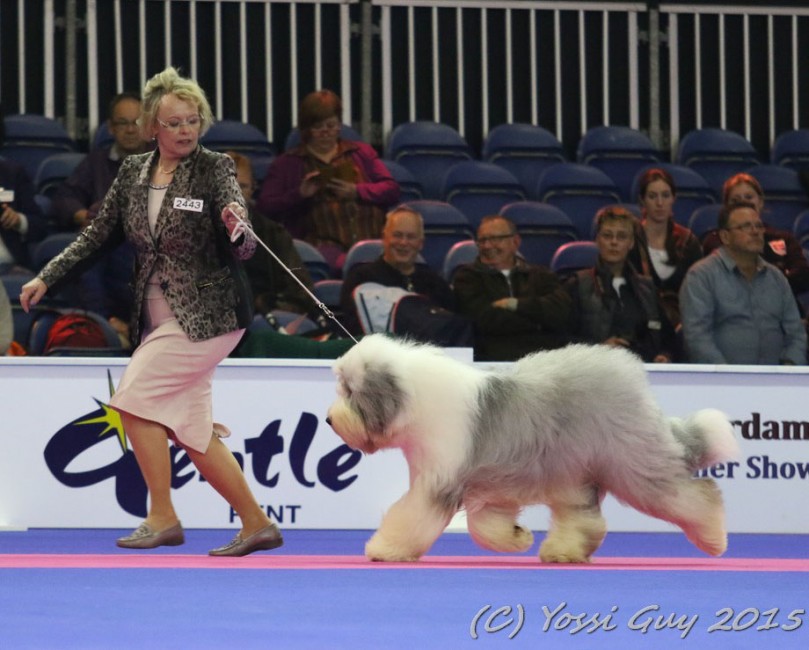 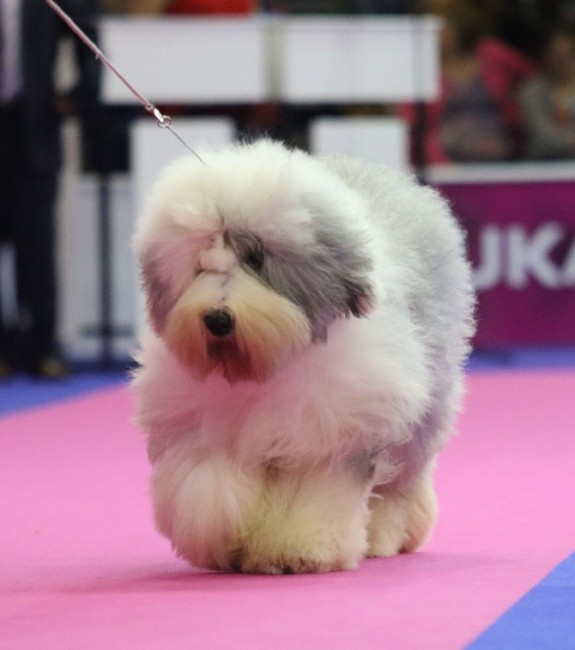 On the 6th of December, the Club Show of the Midland OES Club took place in England. The judge was Mrs. C. Cherrington / GB. Colin and Pauline Barnes showed their “Magnus” (On Special Request aus dem Elbe-Urstromtal) for the first time in the Puppy Class. A good start, he became Best Male Puppy Dog. One week later, at the LKA Show at Birmingham on the 12th of December, “Magnus” as well became Best Male Puppy Dog under the judge Mr. Stuart Mallard / GB. 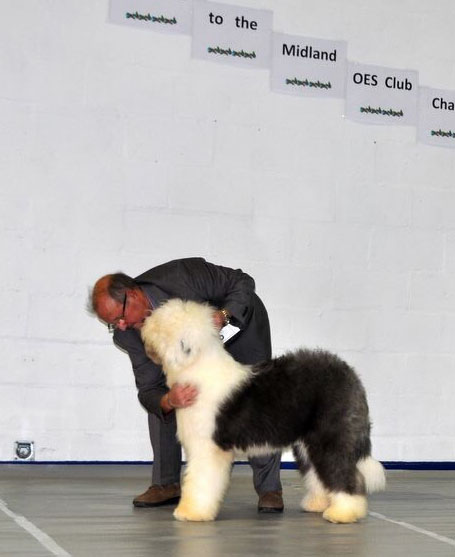 On the 5th and 6th of December, family van Bossche was with her dogs on the double CACIB show at Wels / Austria. Besides their two beardies they had “Pepe” (Nochmal aus dem Elbe-Urstromtal) with them. He won the Intermediate Class on the first day under the Hungarian judge Kralijc, but he did not gain a candidacy because he had remains of potato flour, used to dry the beard, in his beard…

On the second day, he as well won the Intermediate Class under the Slovenian judge Mrs. L. Oklescen, and gained the CAC and the RES.-CACIB. Unfortunately there is no star photo. 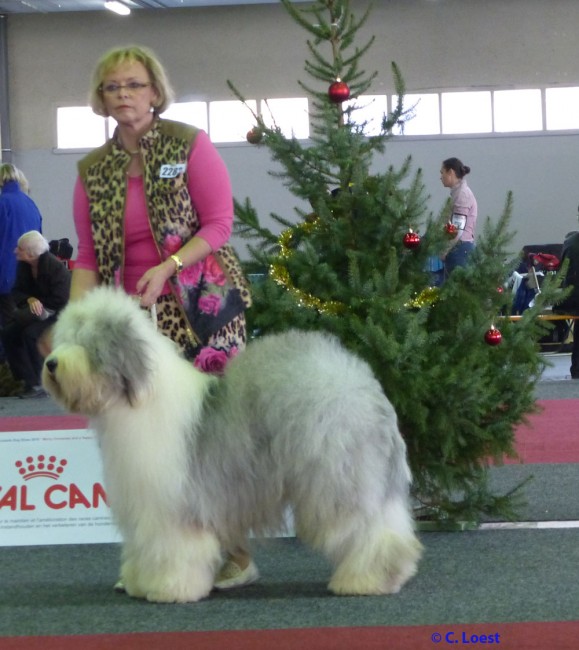 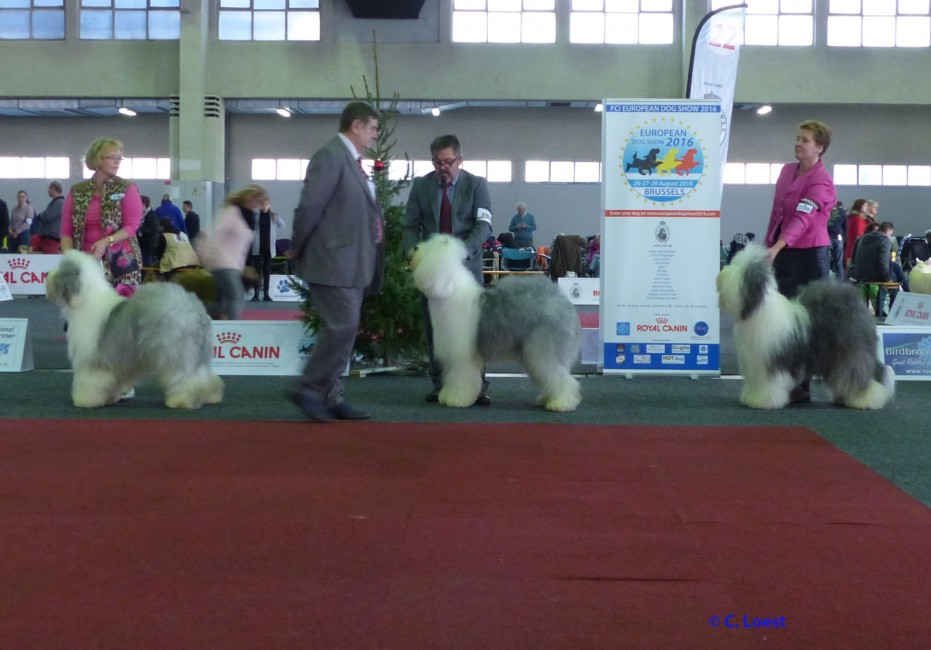 After that my “Senta” started in intermediate class and took 1st place and like it allways was en will stay, if you allready won with a male there is just a little change you wil also win with a bitch. This was also a repeat from Amsterdam, Senta took reserve best bitch.
No Limits aus dem Elbe-Urstromtal, Res-CACIB, Res-CAC en 2de plaats Azedagi’s Qualified fir Bubbles 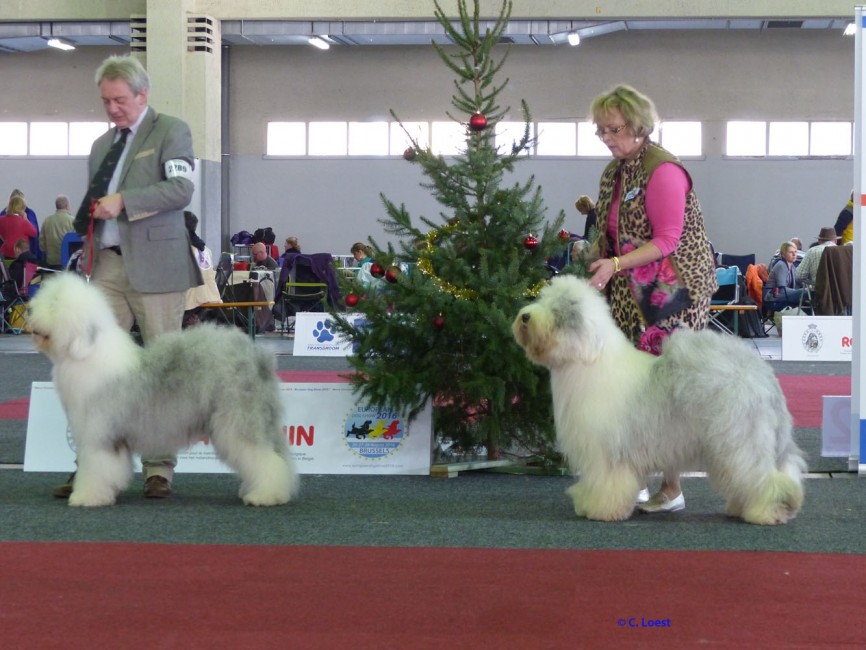 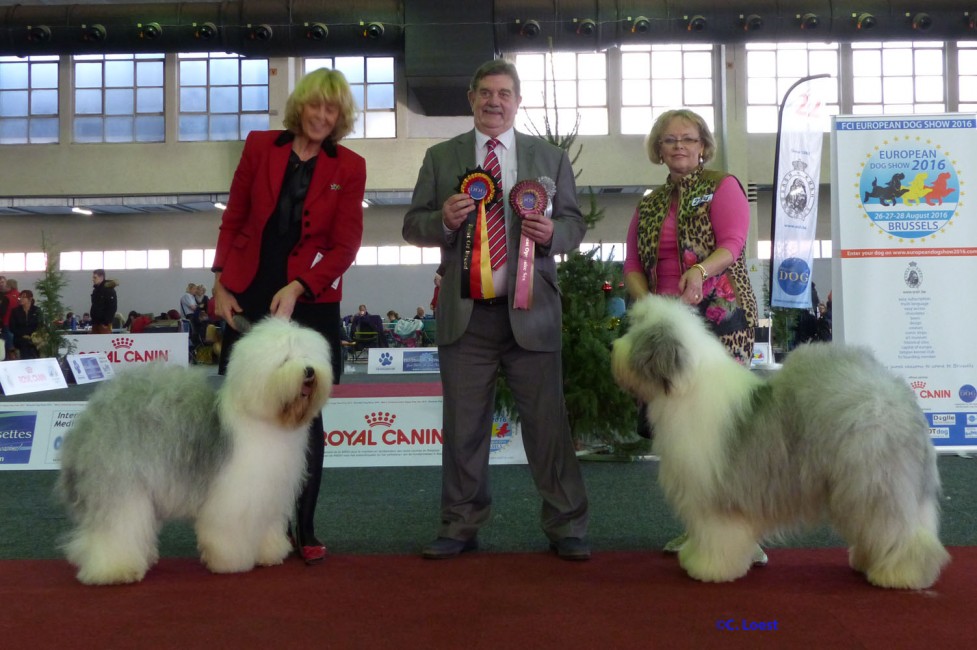 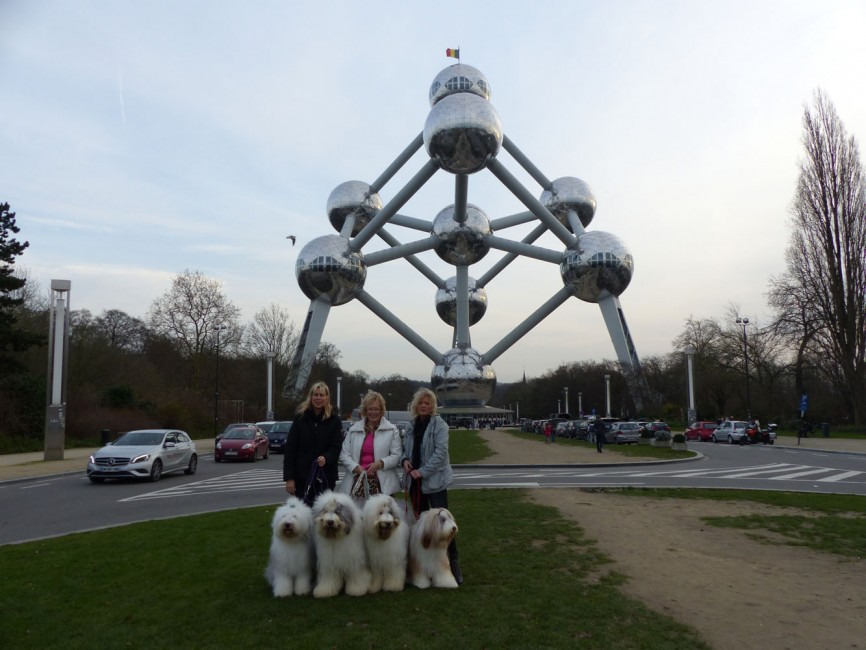 The crown at the end of 2015 is the email i received yesterday from Colm and Roos Hastings from Ireland. Their “Reeva” No one but me aus dem Elbe Urstromtal” became Irish Champion yesterday on the last show of the year.

Colm wrote that he showed “Reeva” just occasional but still has a significant list of results, she earned; 7 Green Stars (equal to CACIB) from whitch she became 6 x Best of Breed. 2 times she won group 1 and 1 time 3rd of group 1. She became Irish Youth Champion and Celtie Junior Winner. On top of this she is in the top 10 of group 1 winnars. This all on the age of just 18 Months.