We had registered for the Christmas show on December 12th, 2021 in the Netherlands. Also for the double exhibition in Brussels on 18-12-2021. Unfortunately, both have been canceled. Brussels does not reimburse the  EUR 330 registration fee ….

In January 2022 the CACIB shows should take place in Genk / Belgium and Moescroen / Belgium. Also canceled.

That is why we used the time to visit dear friends and see “Holly”.

Ulf and Anette Bechstedt have been dear and good friends of ours for many years. They have had some of our bobtail.  Now Lotta the Bearded Collie bitch lives with them.Of course a  Firstprizebears. Rosa from Romania and …..

from left to right: Uschi, Norman, Doro, Holly and Anette 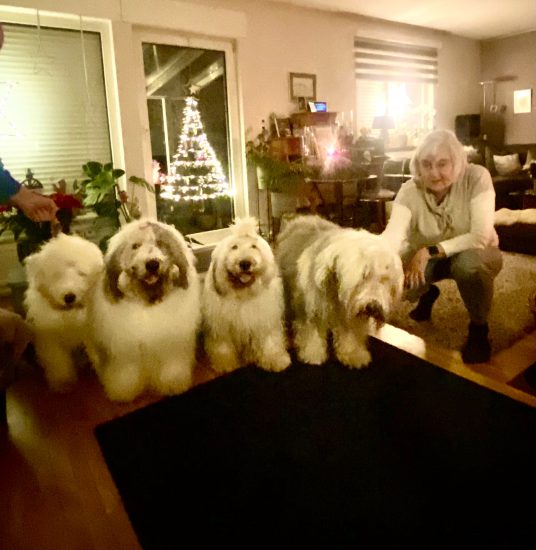 Dr. Ann Hodgenson lives in England and was able to visit an exhibition. The Midlands OES Clubshow on 6-12-21 it was. Many OES were registered and her

“Obsession aus dem  Elbe-Urstromtal” was 2nd in the open class and received the Res-CC. “Martha” is now 6 years old and had one litter. Nice to see her successful again in the show ring.

“Obsession” is  on right. Left is the best bitch. 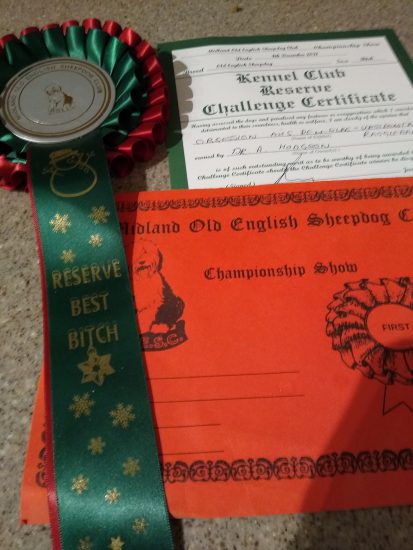