“Lola” (‘Ch. Barnieland Jesicka) was so hugh . Her puppy belly was enormous. She could hardly eat and laydownwas not easy. Therefore, she decided Monday on the 58th day of pregnancy it was enough and started in the morning at 5 o’clock to give birth . At 8 o’clock she had born 9 puppies, a big male was born dead. Unfortunately, this happens again and again without any special reason. Even after 46 years of experience, I’m always sad and try everything before I really give up  on the puppy . Then there is my dead  puppy, a puppy who lived until ten mintues ago and was viable. That’s the nature. “Lola” had a longer break of 3 hours, I could still feel puppies in her. After this time  came the big beautiful bitch, but she was dead and I think it took too long with the break. That also happens and belongs to life. Within an hour, Lola has born 2 more puppies, all healthy and lively. Conclusion: there were 5 males and 7 bitches in her belly , that is at a weight of 250 gr and 280 gr and the rest between 370 and 430gr. :4700gr. plus amniotic fluid and placentas.  No wonder that Lola only burped the last week and could hardly eat anymore.

Lola” a few days before she gave birth 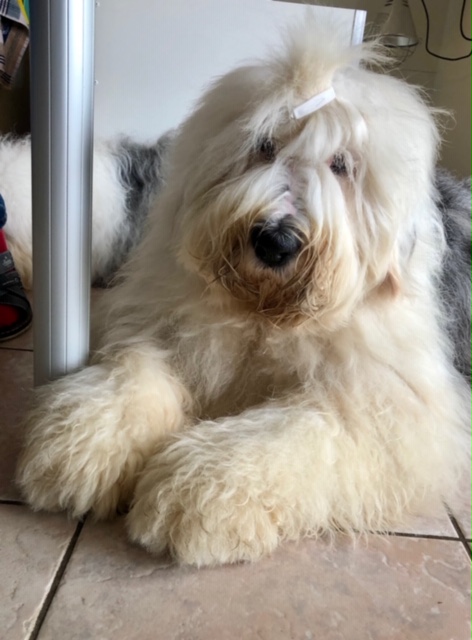 Our puppies 1 day old. All have put weight on  and are satisfied 4 males and 6 females 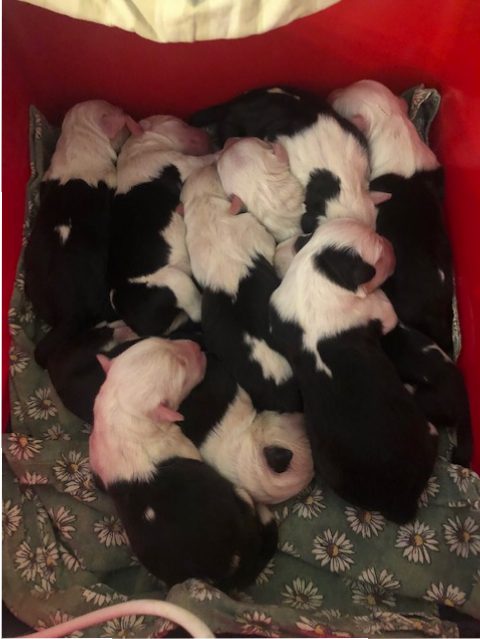 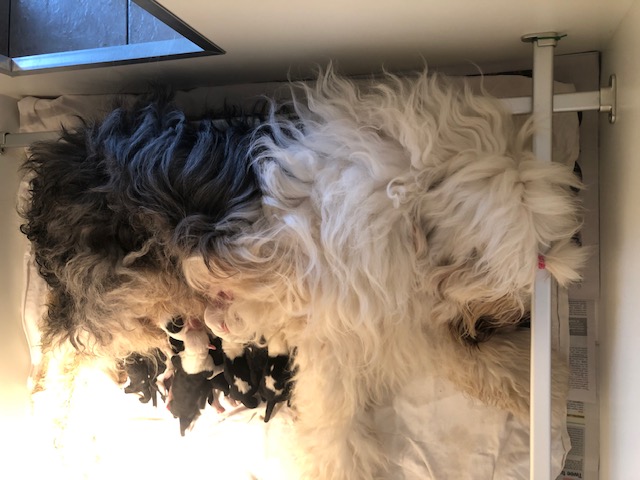 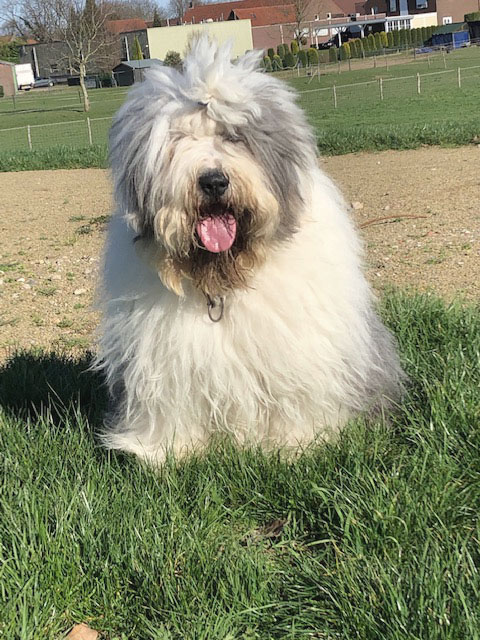 Actually, this litter was not planned. Ivan was on a working visit with Lola here in Maaseik , I was at Crufts in England. Ivan had forgotten that. Paul as a good host took care of Ivan and Lola and left Lola with  the other dogs  on  the meadow. After drinking coffee Paul wanted to bring all dogs in and saw at the end of the meadow Lola and Norman in a clear position. They were tied ……. Ivan had forgotten that Lola was in season. He had already another litter that was expected and was in a panic about how he should handle a 2nd litter. A medical soloution  was out of the question! The result is known I have offered help and now it is a “Elbe-Urstromtal” litter.

Since it was free love, this litter must have as its topic “sex”.

These are the names for the puppies:

Sex in the City, Sexmaschine, Sex on the beach, Sexiest OES alive 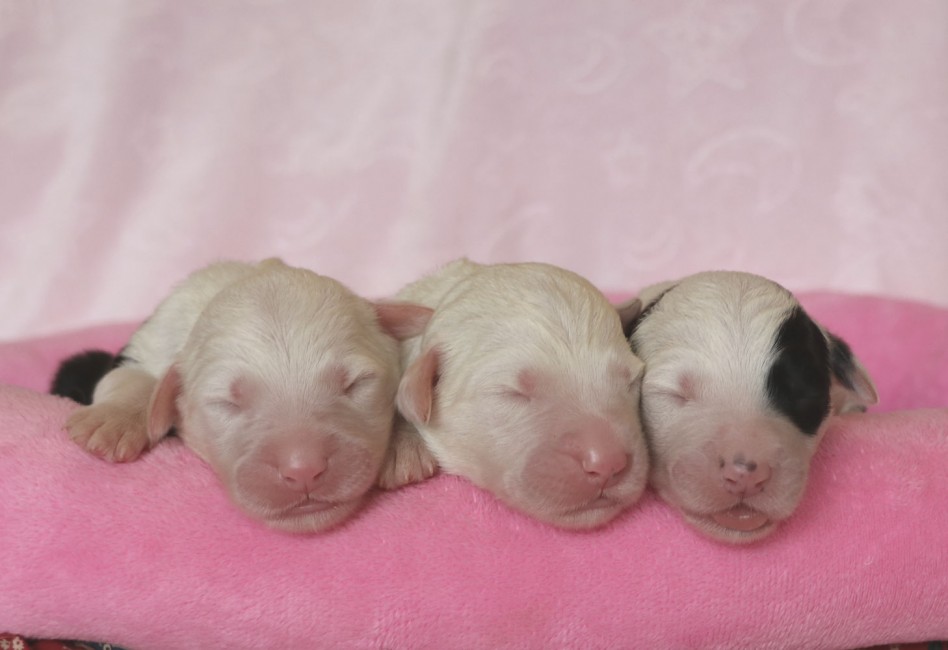 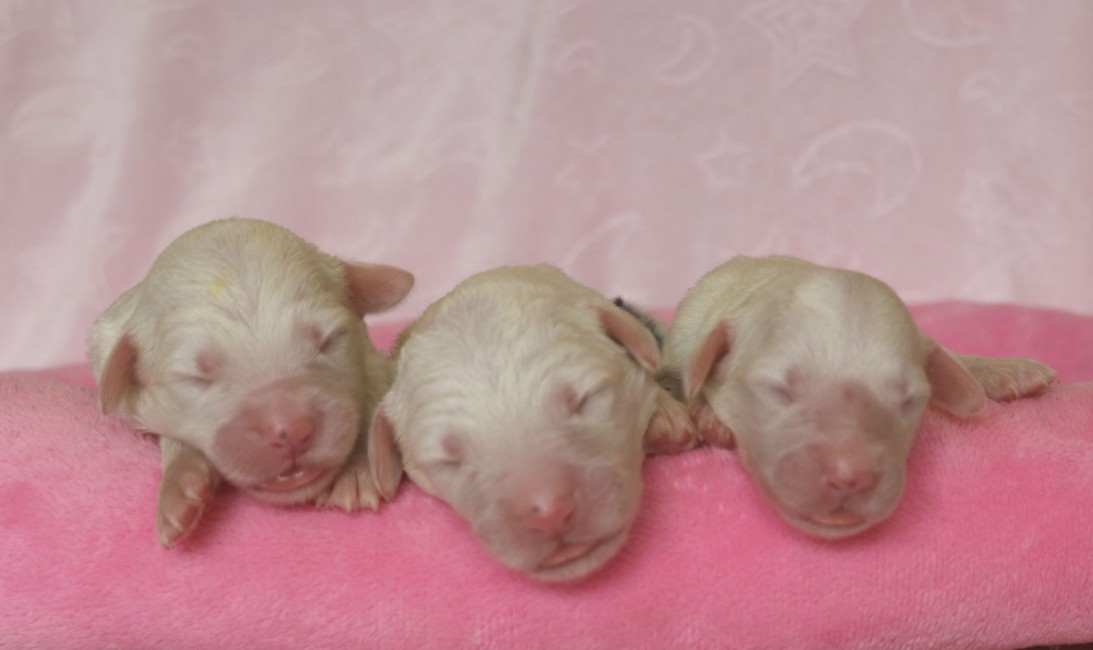