Finally, after more than 6 months, we were able to visit an exhibition again. The club for British sheepdogs dogs held a special breed show on August 30th, 2020 in Dormagen / Germany. All Corona measures were adhered to excellently. It was the outdoor area of ​​the dog sports club. If we hadn’t all been wearing a mask, it would have been the same as always.

We had “Sonja” with us and for the first time “Lilou”. For “Lilou” there was no chance to practice because there was no ring training anywhere in Corna times. I was very curious to see how she behaved.

The exhibition took place on a dog training area. As everywhere there was little rain, so the grass was dried up and therefore a bit uneven.

19 OES were registered for the judge Mr. C.-P. Fricke / GER. 2 were missing. There were 7 backs and 12 women, 2 of which were missing. The largest class was that of “Lilou” junior class bitch.

It was our turn at 10 o’clock in the morning. You could put up your own tent. After judging, you were asked to leave the site 30 minutes later. They wanted it to happen that too many people were too close together. That worked out very well. Only 1 person per dog was allowed. Only those who were BOB or Best Junior were allowed to stay for the honorary judging in the afternoon.

In the morning it was quite fresh and light rain was announced. It stayed dry and from noon the sun was shining. It turned out to be a perfect day! nearly perfect ….. 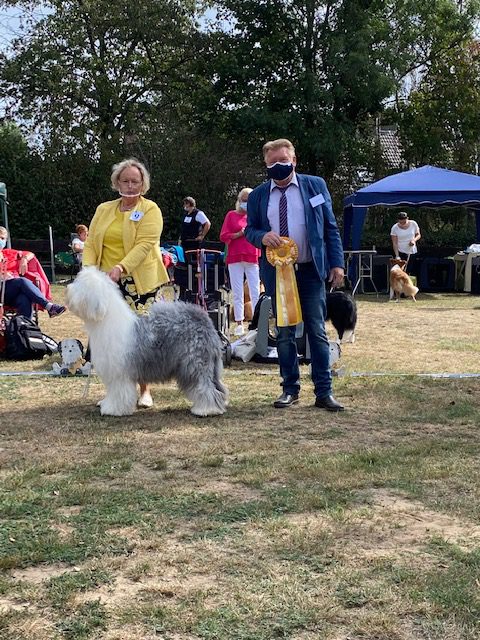 “Sonja” Rote Rose aus dem Elbe Urstromtal started in the Champion Classe, and won against  Ch. Quality Time of Snowbootbears (The father is 75% my breed and the mother is Ch. Koko Chanel aus dem Elbe-urstromtal 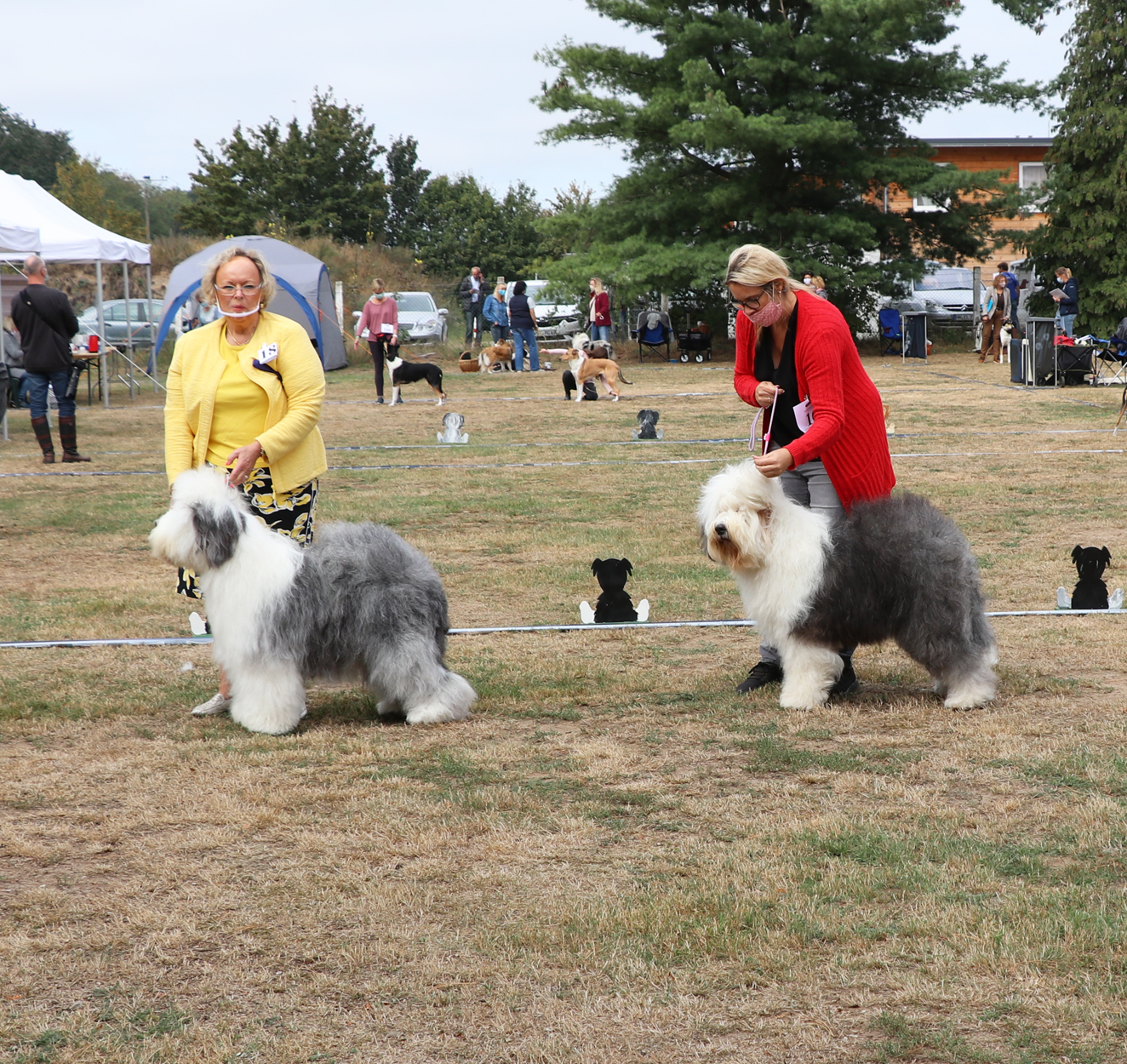 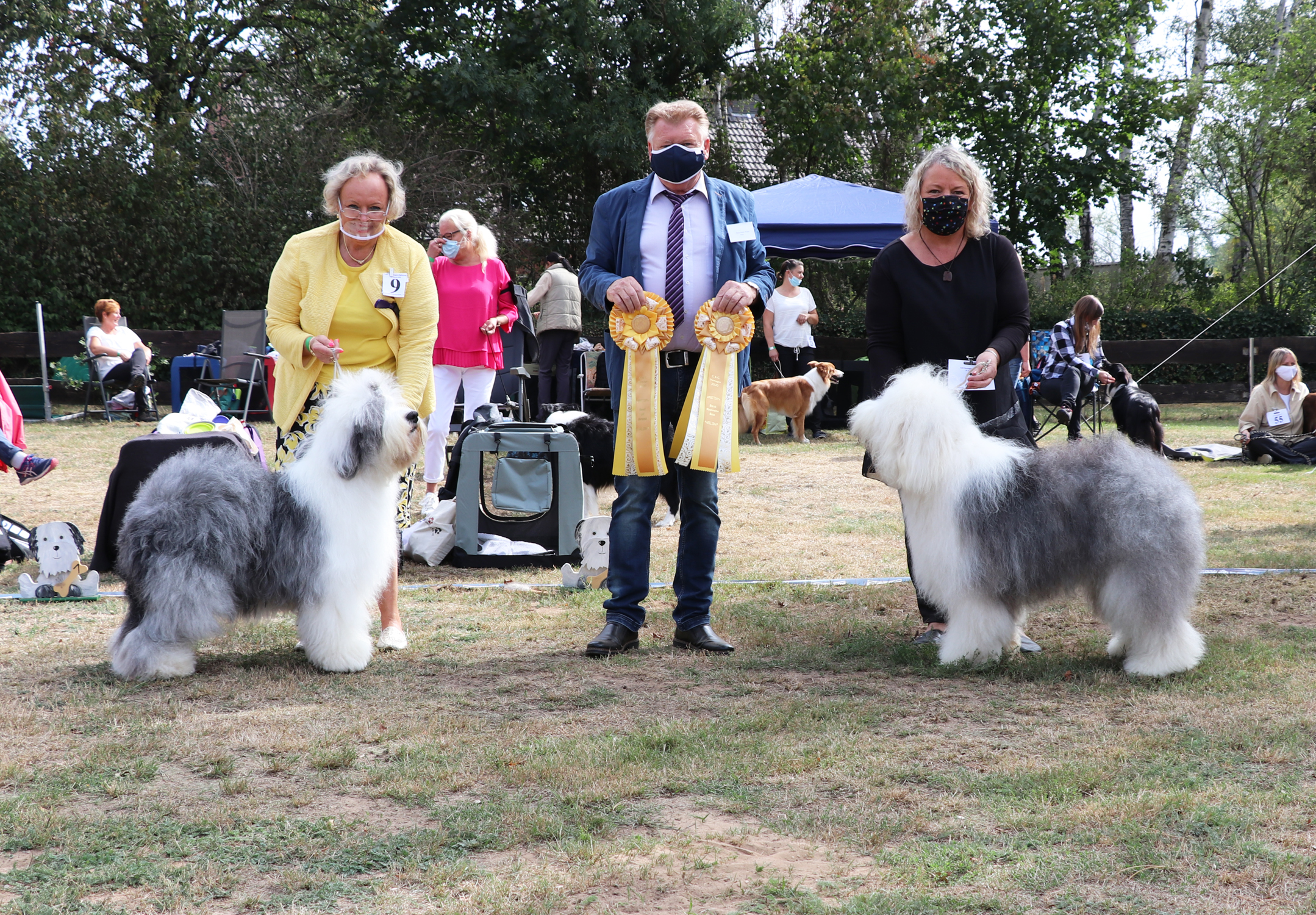 Then the long wait began for us and we were happy to meet many dear friends and to have a small talk. The Bearded Collies’ turn wasn’t until 2 p.m. and we had to support our dear Monika Fuss with her beautiful girl Ch. Firstprizebears Pikes Peak. He went als well Best of Breed 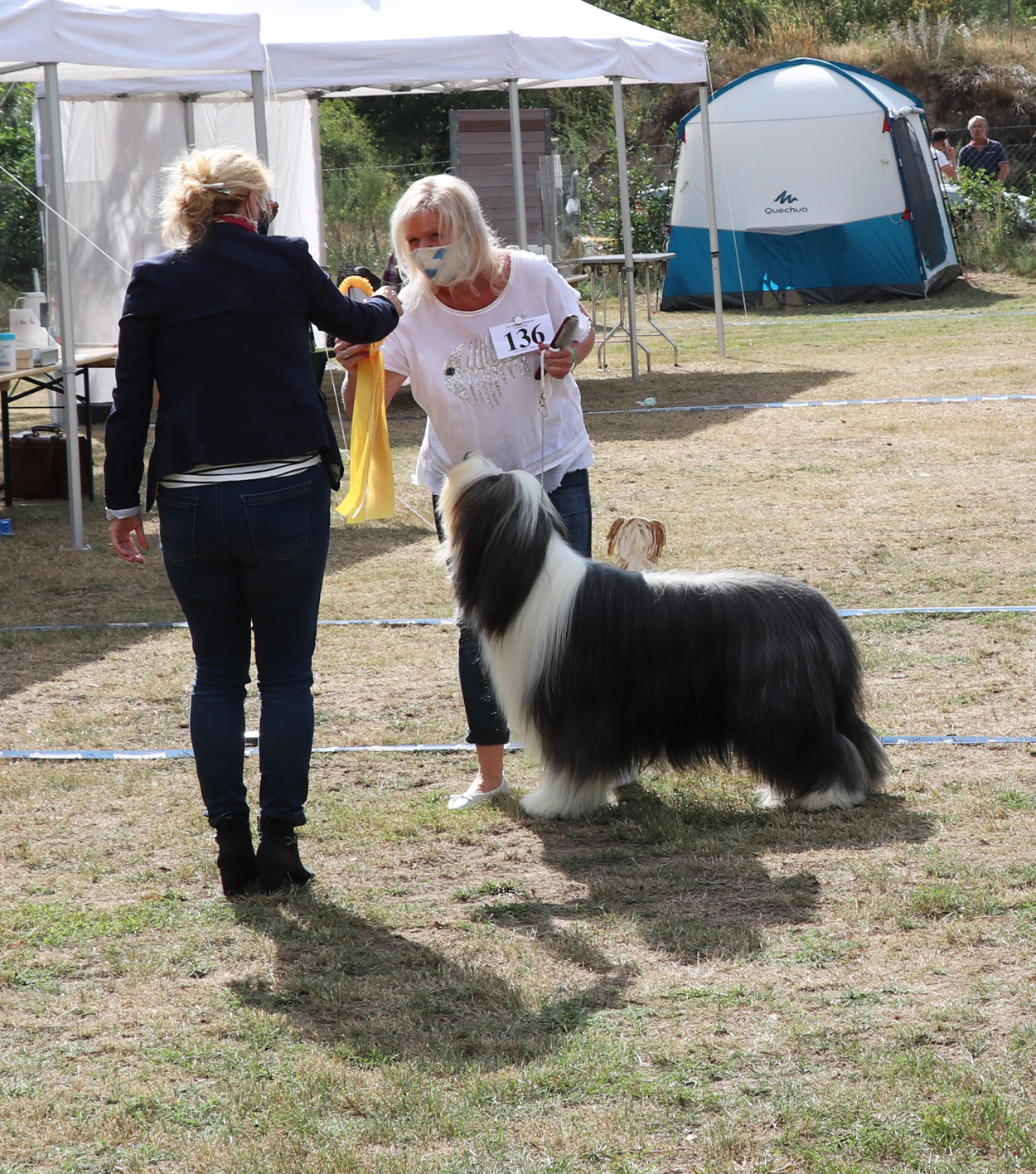 yes and then ….. with a big  bang  I was lying on my nose on the ground behind the Bearded Collie tent ….. just wanted to quickly get a hair gel for a dear friend to tame the hair of her dog. I was focused on the tents’ lines and overlooked the hole in the ground. The ankle on the right was thick in minutes, the knees were open, the palm of the right hand was compressed and my left breast I had fallen on the edge of a cement slab. I can’t even say what hurt the most. Paul didn’t even notice because he was taking photos of Monika and Pike. But in a very short time Mrs. Brigitte Reimer and Mrs. Wichmann were on hand, who looked after me wonderfully and provided myselve with ointments, massages and good words. Paul was able to get hold of a couple of frozen chops from the club’s freezer that kept my ankle cool for a long time. I still thought that I could later show Lilou and Sonja in the main ring. But after I tried to perform, it was clear to me that it would no longer work. What hurt me the most of all the ledges I can no longer say.

Today on Friday, 5 days later, it goes so la la

That was my ankle on Sundays around 4 p.m. 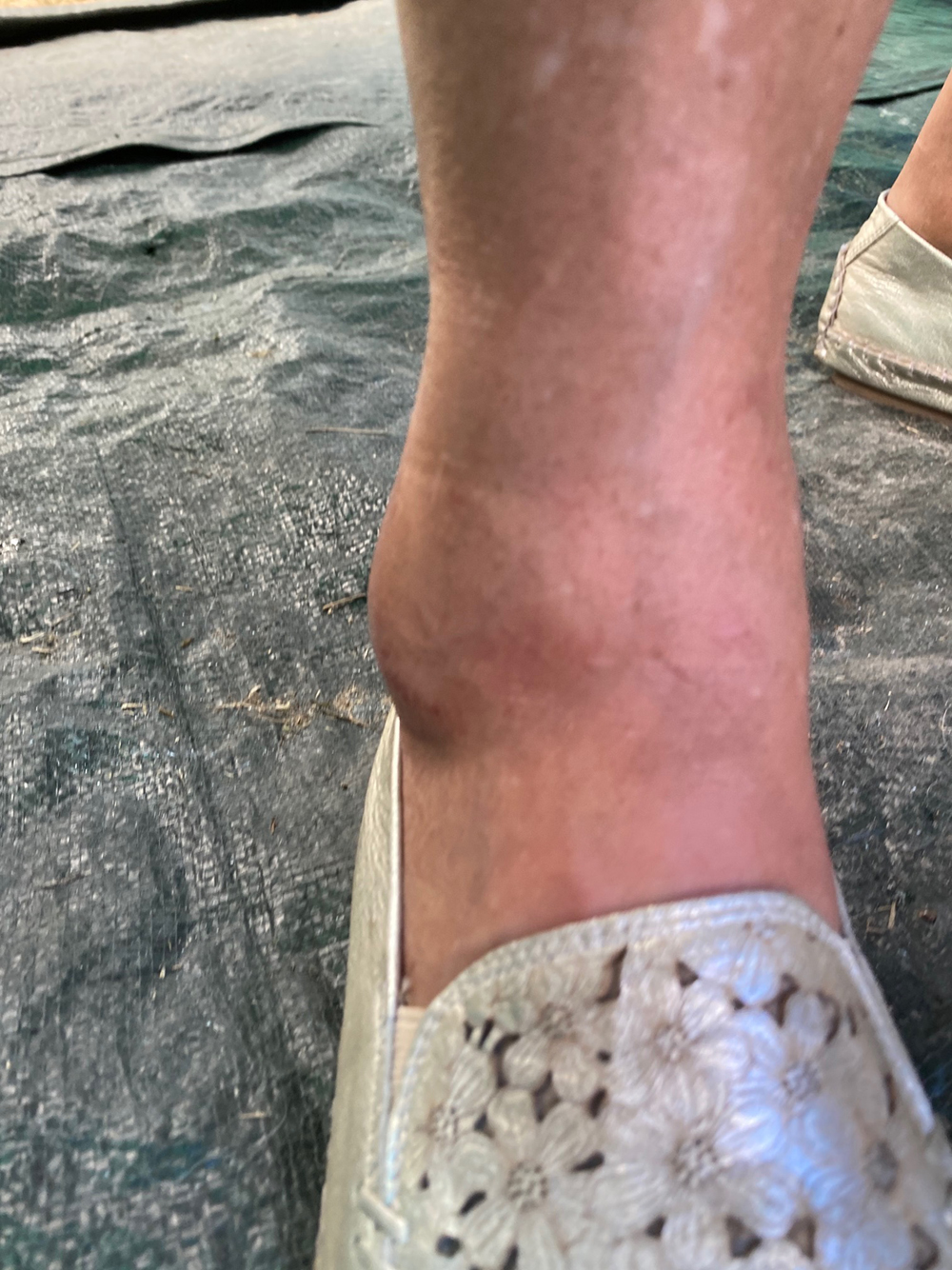 and this is what he looked like on Tuesday 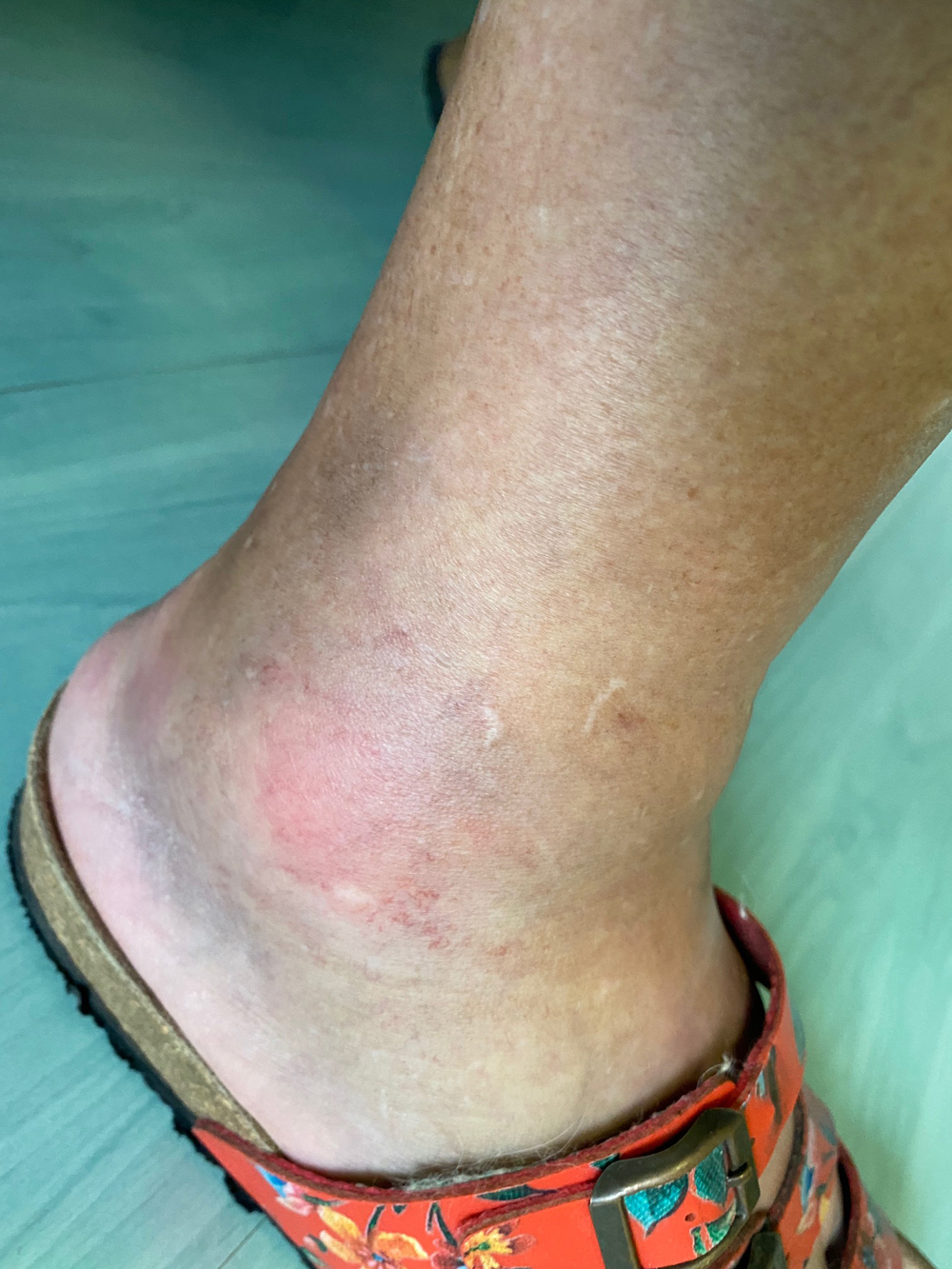 My dear Paul now had to go to the main ring with Lilou and Sonja and he did a really great job. 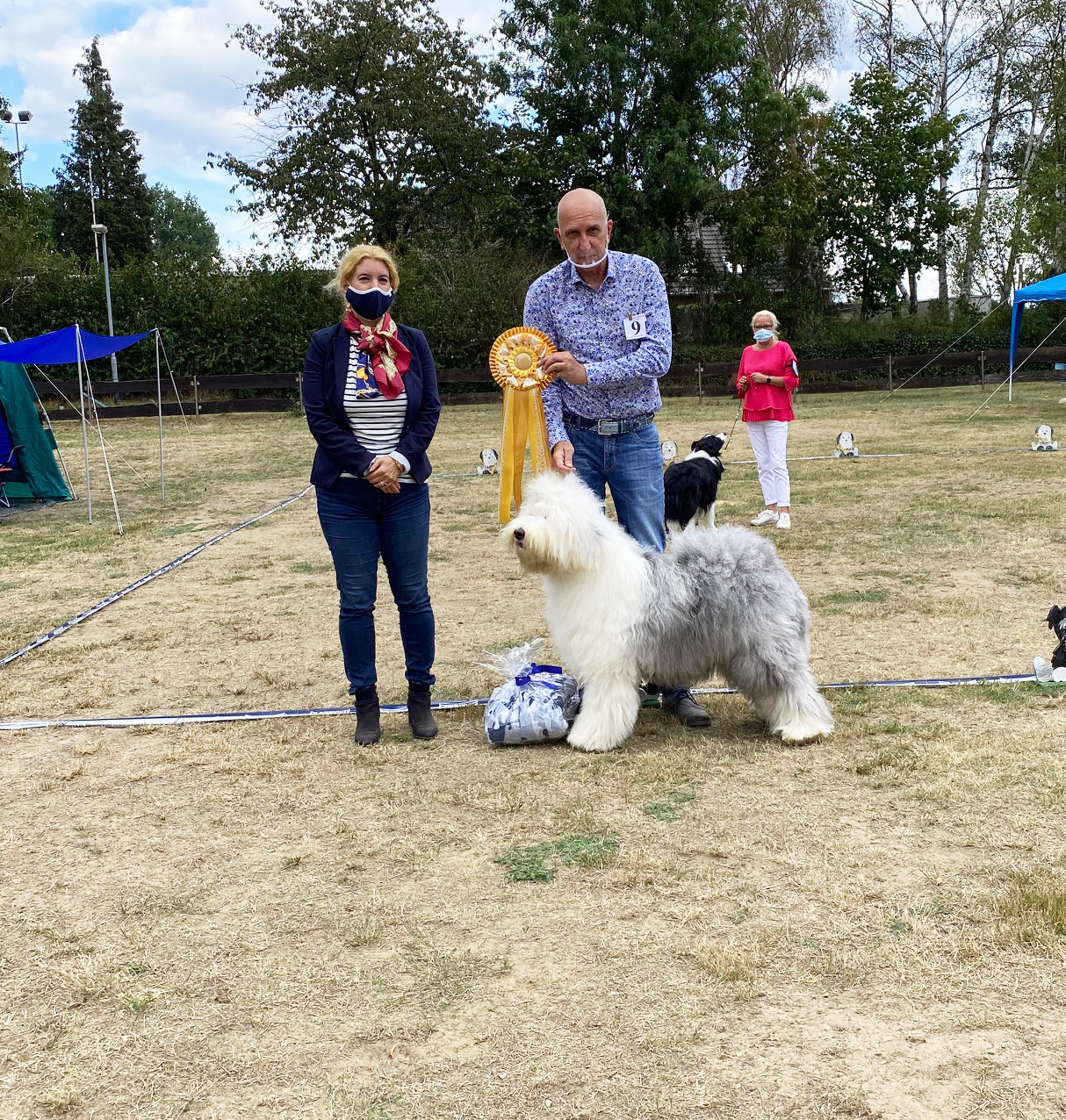 “Sonja” Rote Rose aus dem Elbe-Urstromtal and the Bearded Collie bred by us “Ch. Firstprizebears Pikes Peak” both made a good figure in the main ring. The collie was best in show. 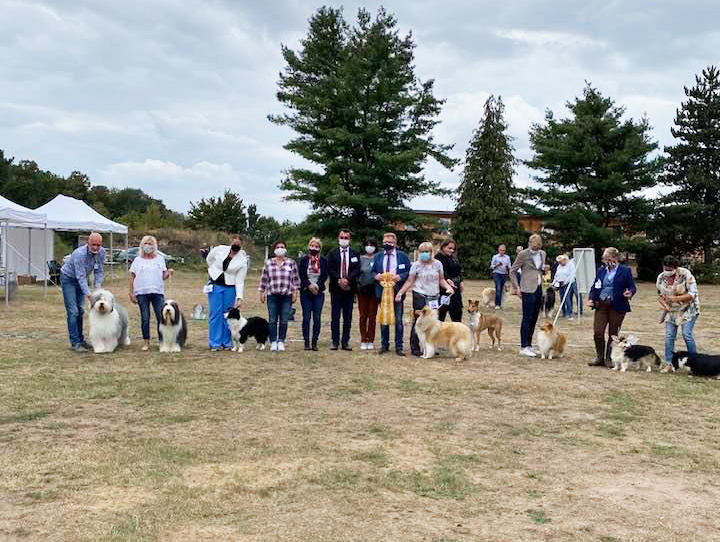 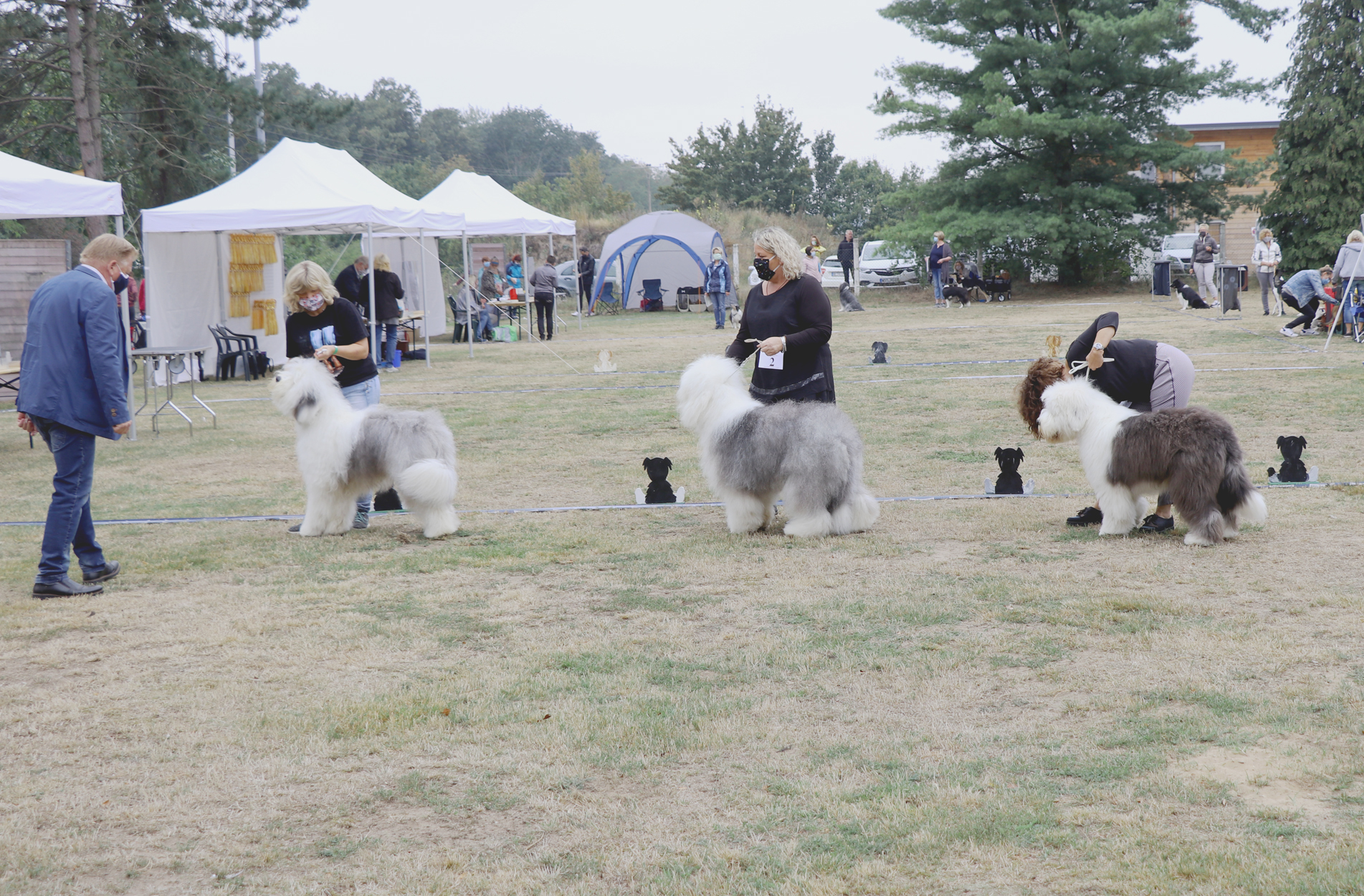 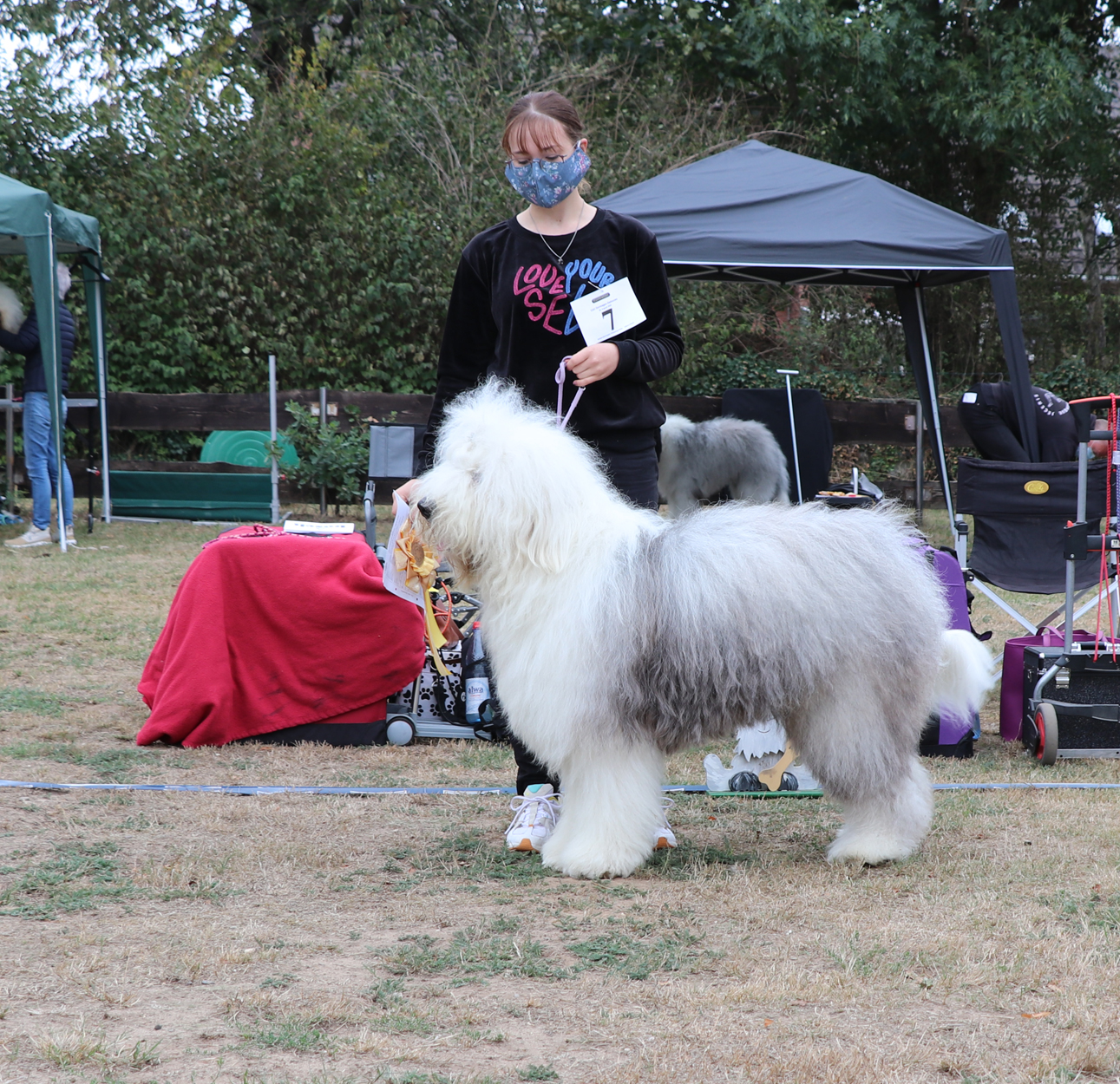 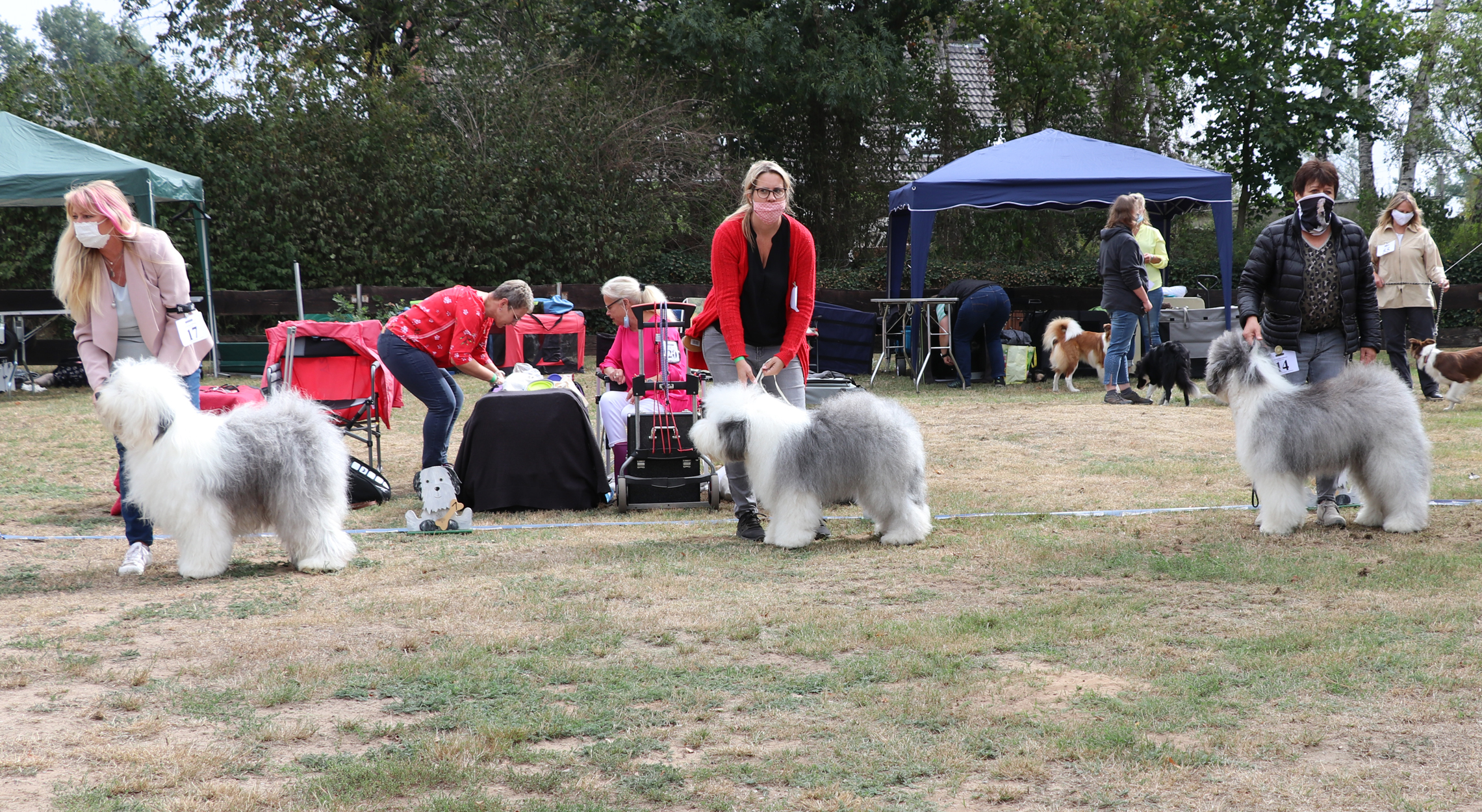