On 3.7.2019 it was the last time  “Otto” Red Devil from the Elbe-Urstromtal was allowed to start  in the Puppy class . The next day he and his siblings had their birthday and became 1 year old. the show was the East of England Open Show, Judge was Mr. T. Bush / GB and he was very impressed with “Otto”: Best Puppy of Breed, Best of Breed. In the main ring was Otto Best Puppy of Group 1 (Pastoral) and 2nd in Group 1 of the adults . A good end to his puppy career. 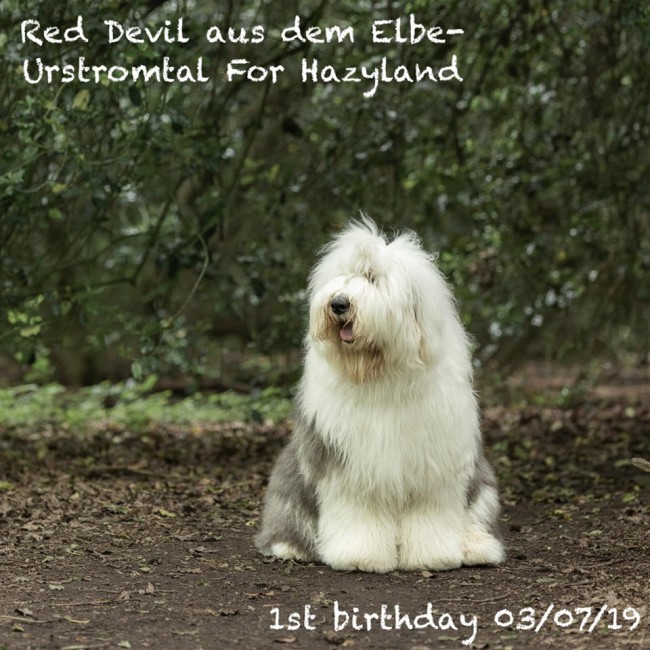 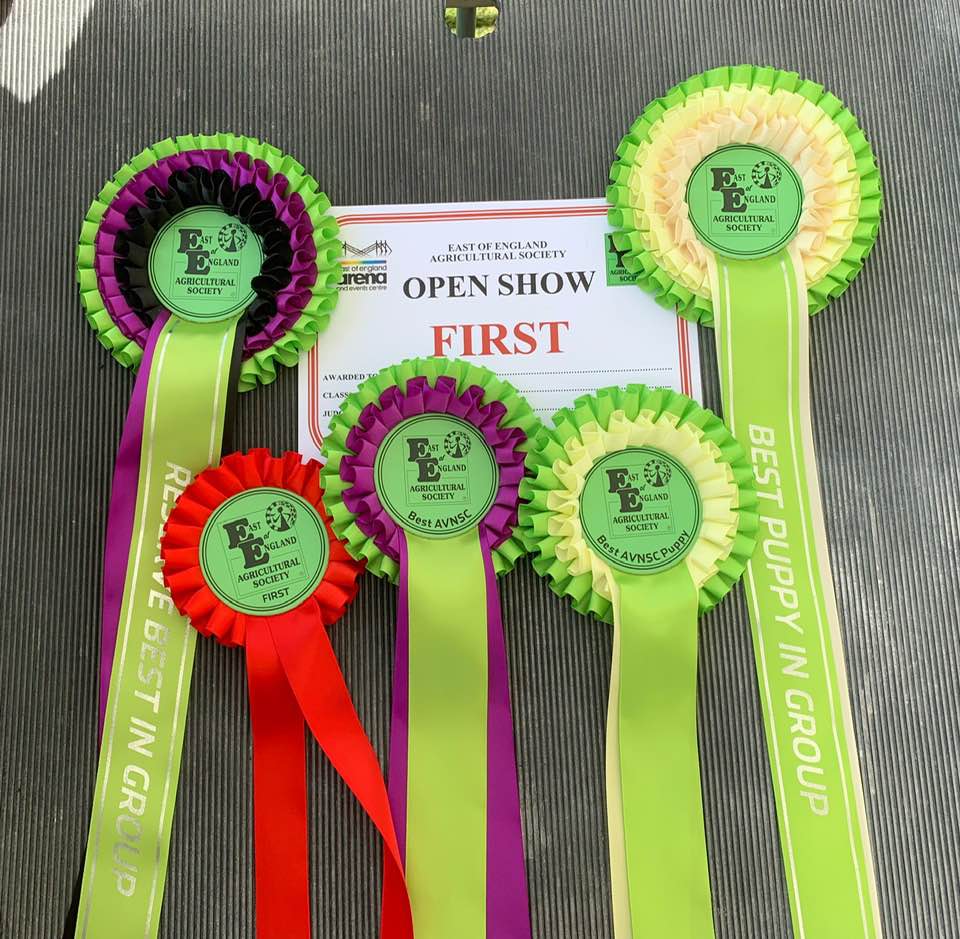 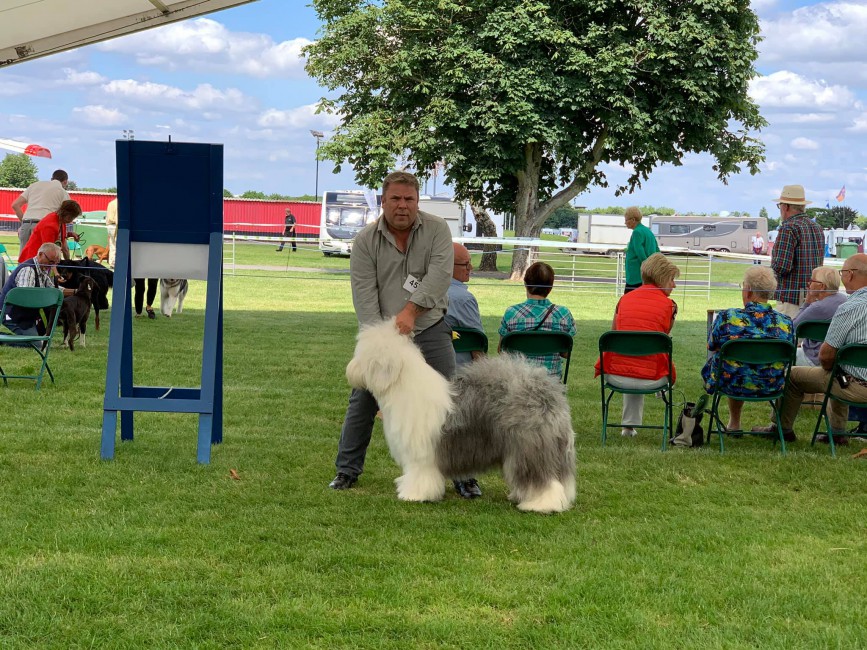 On 4.7.19 in Peterborough / GB at his first start in the junior class he received the 3rd place from the judge Mr. Colin Barnes / GB

“Otto” is not only a show star, he also got his diploma as a  house dog with good behavior. 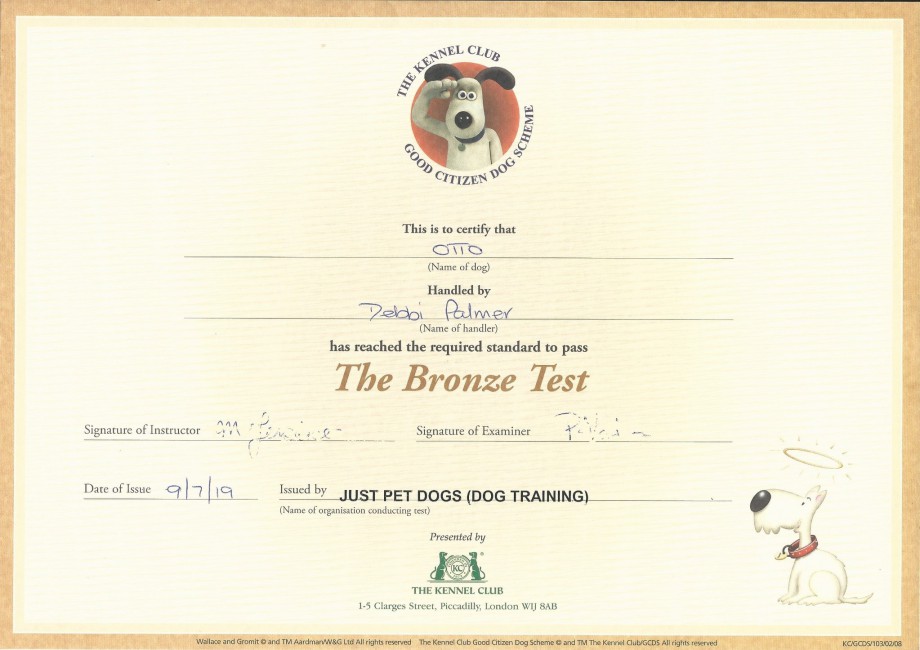 14-07-19 OES Club of Wales had a CC and an Openshow. The judges were Mrs. J. Wilkison and Mrs. C. Jones both GB and both ladies gave Otto the 2nd place in the youth class. 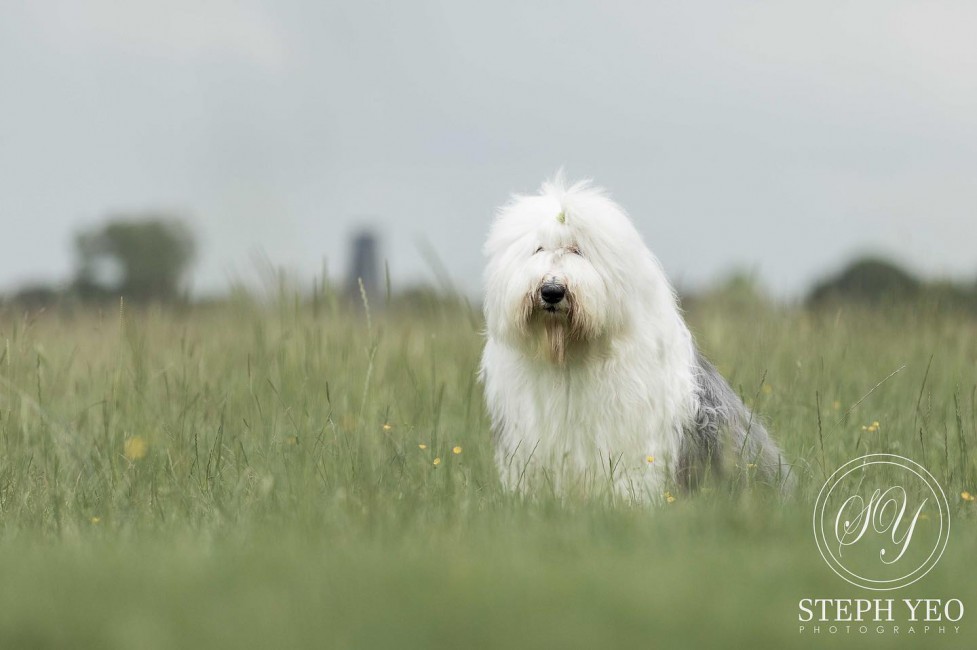 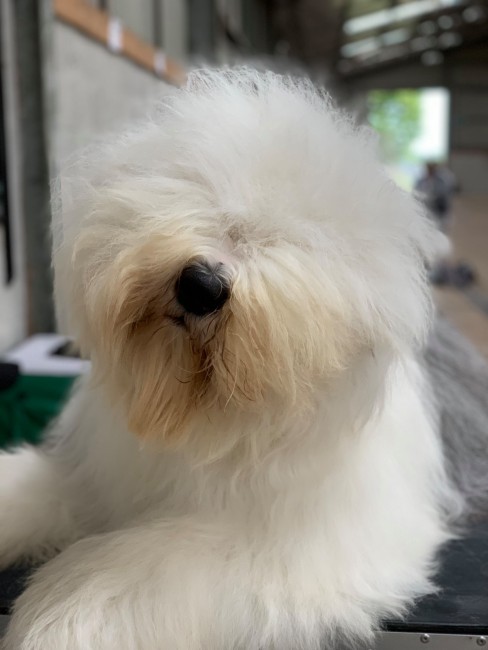 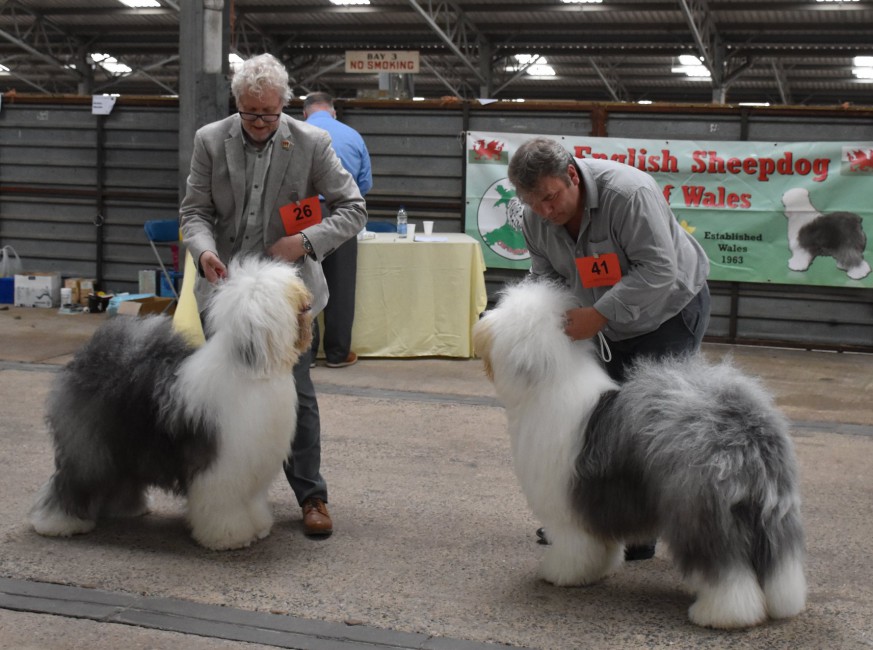 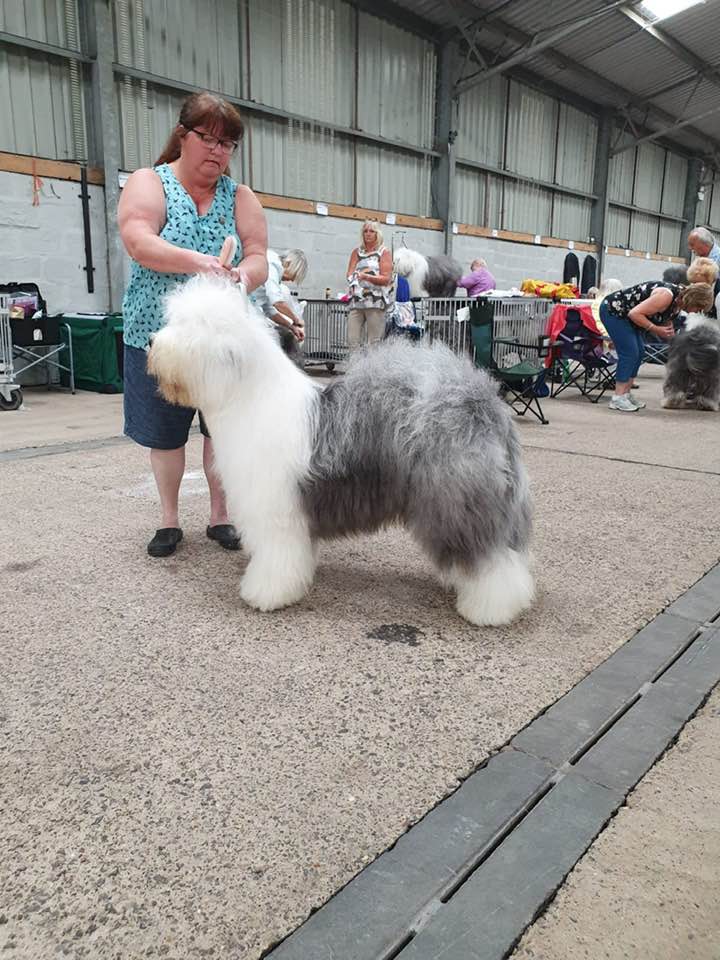 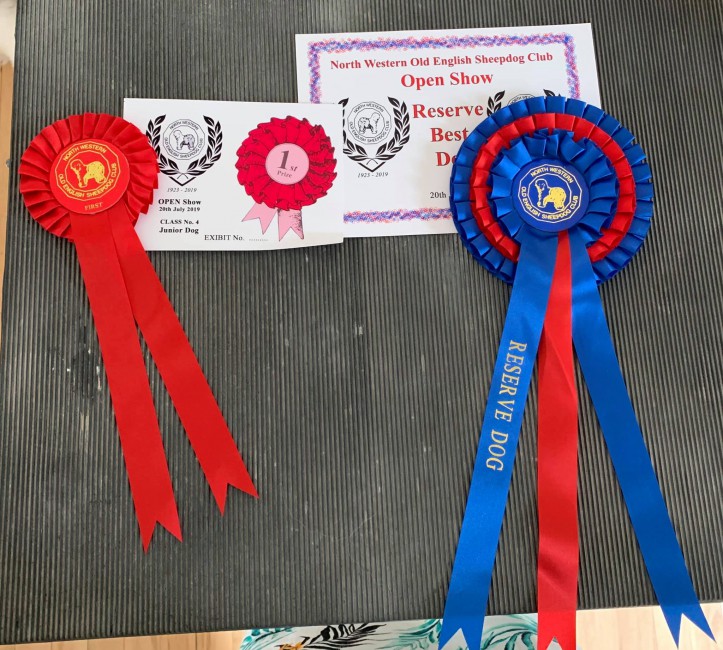 on 6.7.10 was the only outdoor show in the Netherlands, which is also an evening show, held in Echt . Sidney had just turned 27 months and was able to get her last CAC for the Dutch Champion title. The best of breed and her Titel of a Dutch Champion she received from the judge Mrs. A. Gielesse. The crowning finale of this day was at 22 pm in the rain the 2nd place in the group 1. Judge was Mr. Rolf Blessing allrounder and breed specialist from Germany. 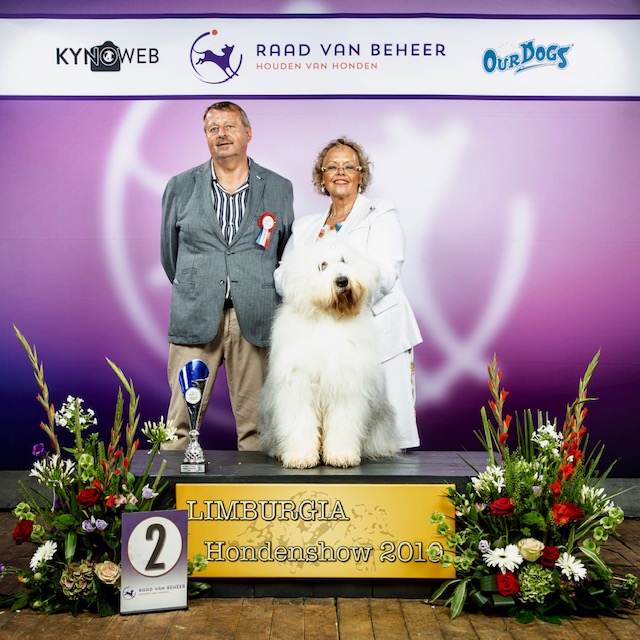 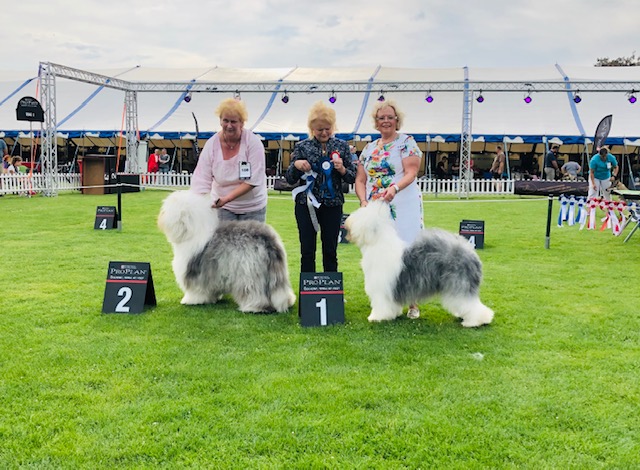 “Sonja” won again the Juniorclass which was occupied with 2 other bitches  who were much older. 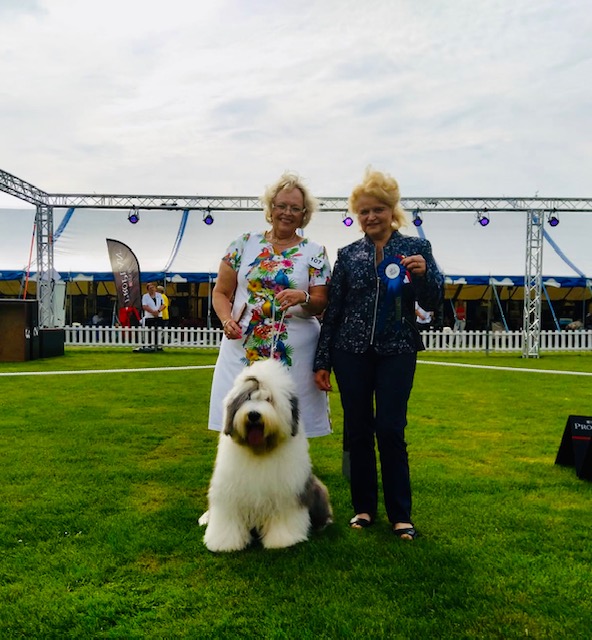 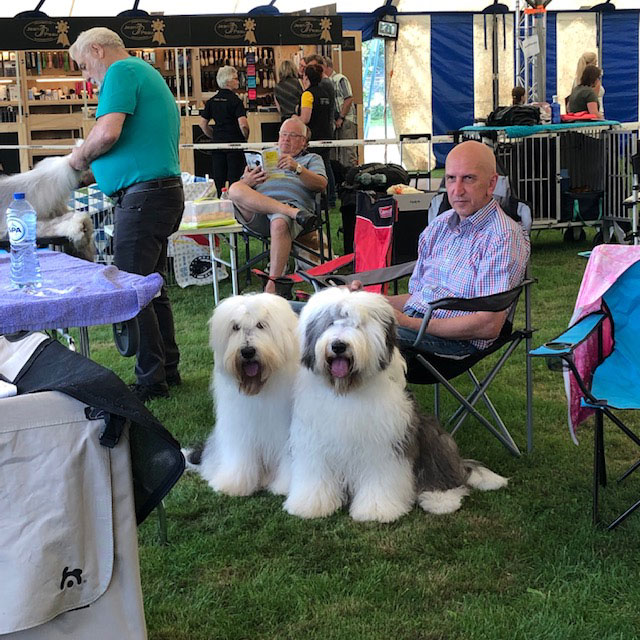 The last weekend of July was bearable after the heatwave. In the halls of the fair in Liège / Belgium was still the heat of the past day and humans . and dog had it warm. By now it is raining thanks to God. “Sidney” was only registered for the first day of the double show. We had 38 dogs in front of us and therefore time to wait.

Sidney sat “chilled” thanks to our new fan. 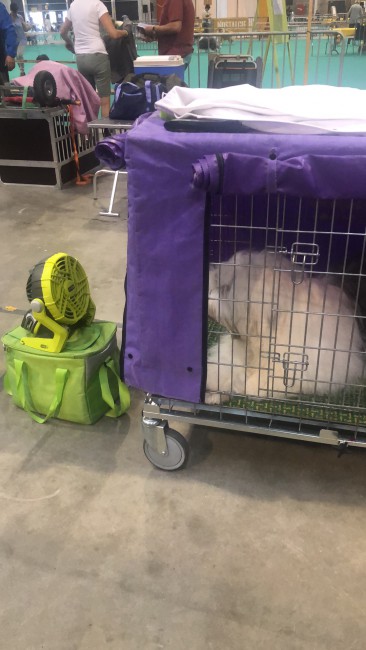 There were 2 males and 4 females registered for the judge Mr. V. Baranauskus / LIT. “Sidney” was Best Bitch. With these ticketsd , she has fulfilled all conditions for the International and Belgian Champion. She also received the title Benelux winner.

back home with the unique “Sidney” face 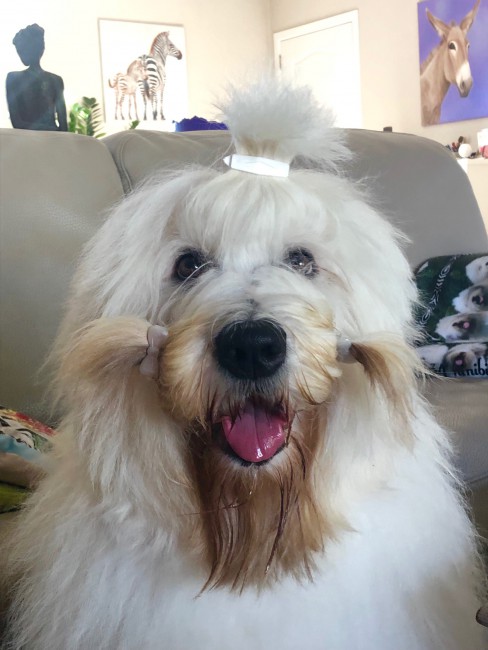