The club for British Sheepdogs in Germany goes to great lengths in Corona times to organize a special breed show from time to time. You have to give credit for that. Such a show took place on 6-9-2020 in Wurtha-Farnrode / GER. The allround judge Mr. J. Eberhardt / GER was invited for the OES. 9 OES were registered. His very first show in the puppy class had “Sean Connery from the Elbe-Urstromtal” (Ch. Bagatell Deja Blue Moon x Ch. Pipa Middelton from the Elbe-Urstromtal) owned by the Diringer family in Germany.

That was a more than successful start for “Sean”. He became Best Puppy of Breed and Best Puppy in Show. Simply great, we were very happy. 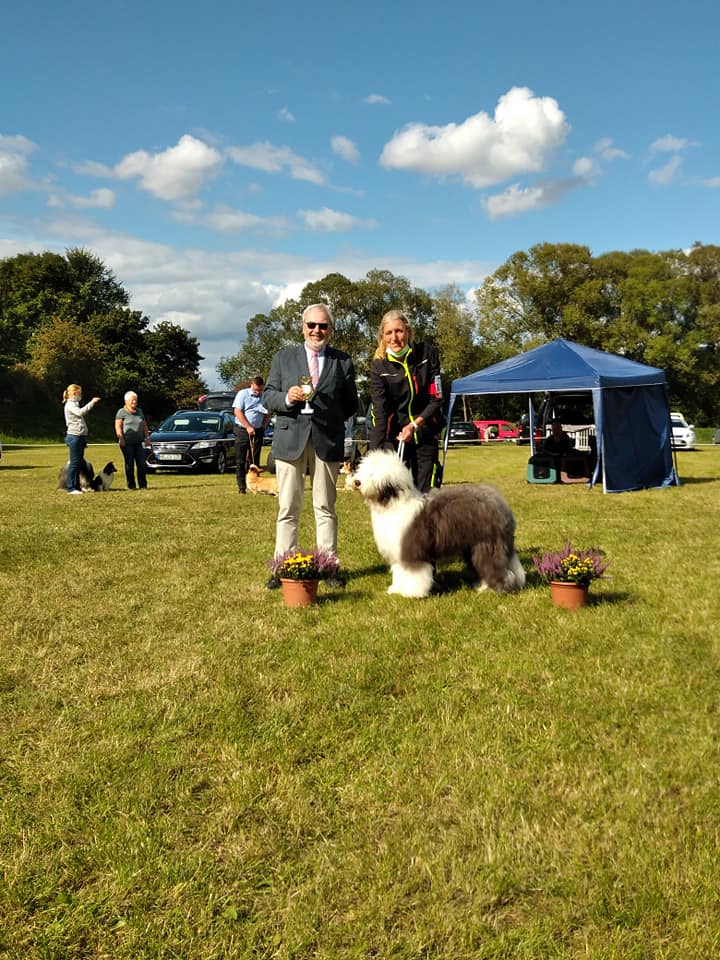 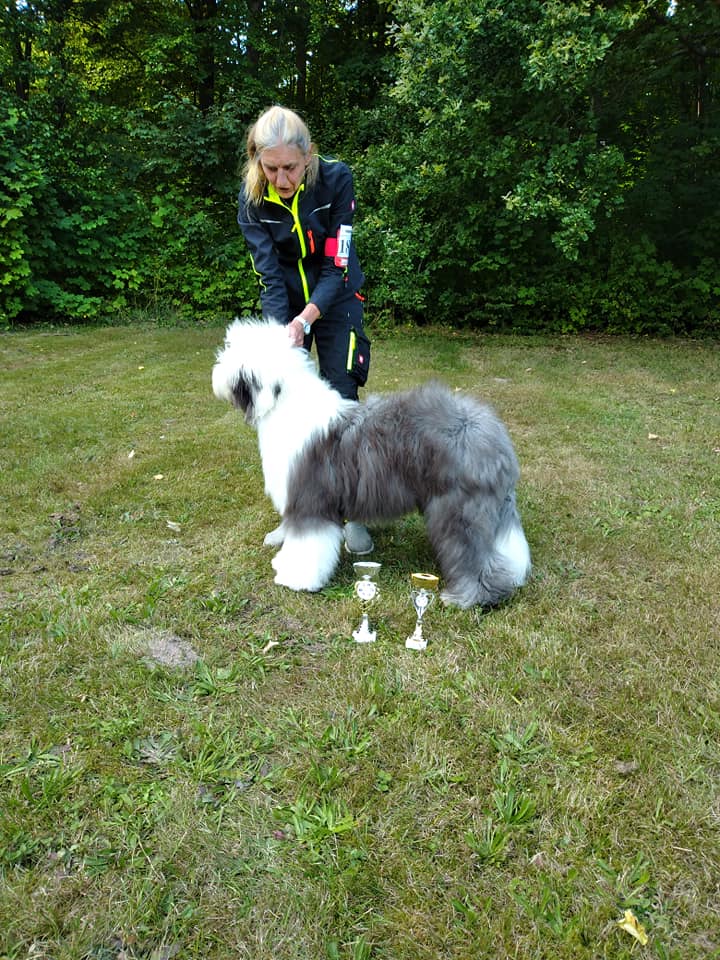 Finally, the first show in the Netherlands !!! and the penultimate one for 2020 ….. The Cynology Club in Zwolle/NL organized a national  outdoor show  on two days at their own area. Only 400 dogs per day could be entered.. A quick registration was important. I was there very quickly to register “Lilou” and “Cooper” (Rock me Amadeus aus dem Elbe-Urstromtal). However, after registering, I had to find out that the Pütz / Turalla family and their dog ” Cooper”  celebrated their well-deserved vacation on Rügen from 30-8-2020 until 13.9.2020. So Cooper couldn’t go to Dormagen and unfortunately not to Zwolle either. No male was registered there, but 2 bitches: our “Lilou” and one bitch in the intermediate class. There were 4 judges and only later did you know who will judge  the Bobtails. In our case it was Mr. J. Wauben / NL.

We were allowed to enter the exhibition grounds at 8:45 a.m. The judging was at 9:38 am and 45 minutes later you had to leave the premises again. Everything was fine, the grass was still wet, after the first lap the dog was wet and so was you up to your waist. Anyway, everyone was happy to be back in the ring and the sun came through from 10.30 a.m.

“Seejungfrau aus dem Elbe-Urstromtal” received her first junior CAC, best bitch  with full CAC and best of breed. Perfect!!! Unfortunately, there was no ring of Honour, because  was waived in order to be able to better handle the Corona rules.

On Wednesday we received the HD result from “Seejungfrau” and her brother “Seepferdchen”: both HD-A 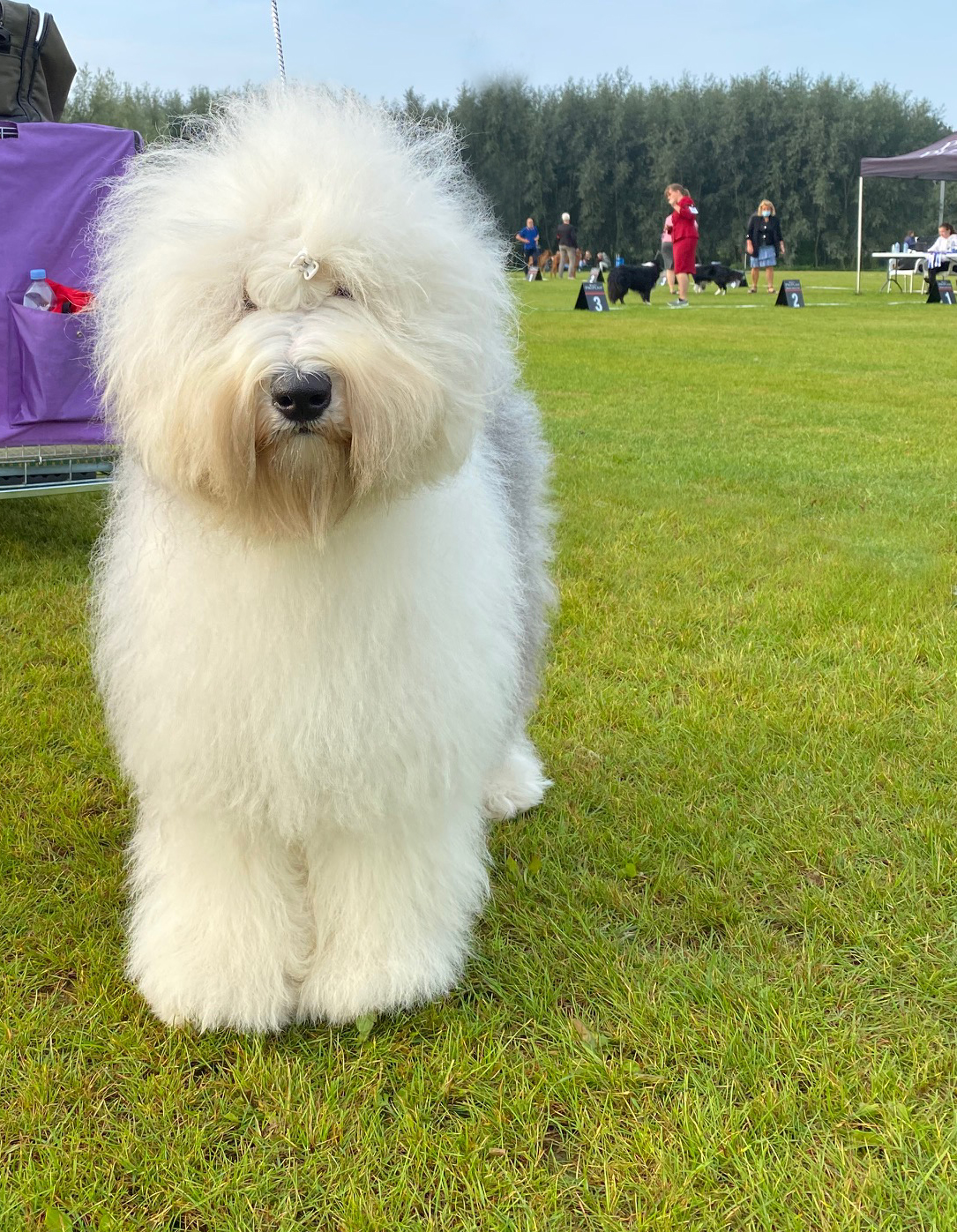 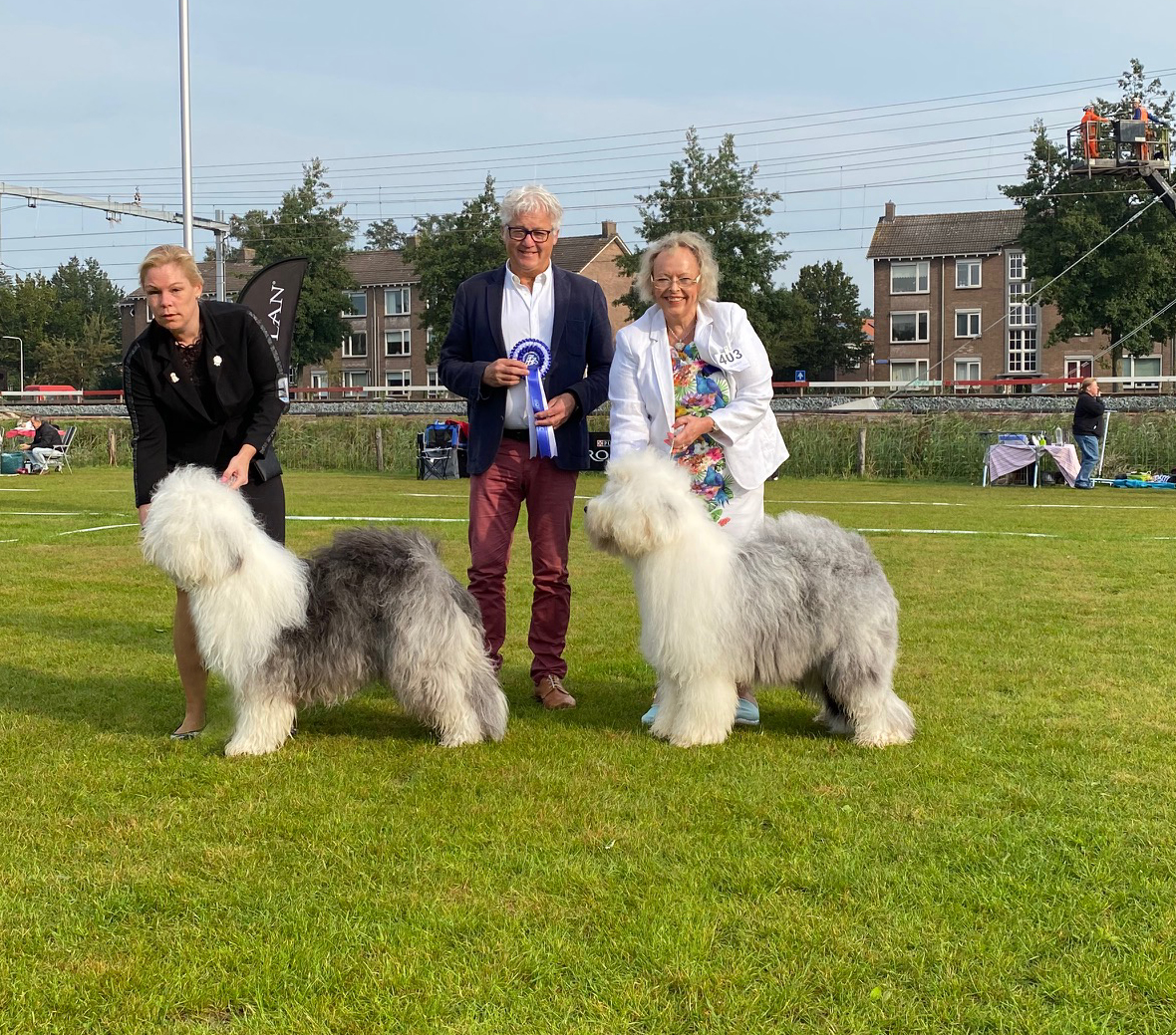 I’ve been to Zwolle countless times and have only ever seen the exhibition halls. Zwolle is said to be a very beautiful city. THAT’S TRUE. Lots of water, lots of green, lots of beautiful old buildings. We finished the show very early and our Daisy took care of the dogs at home, so time to drive into town. It was a great time and “Lilou” was admired by a lot of people. If you have the time, you should definitely see Zwolle. 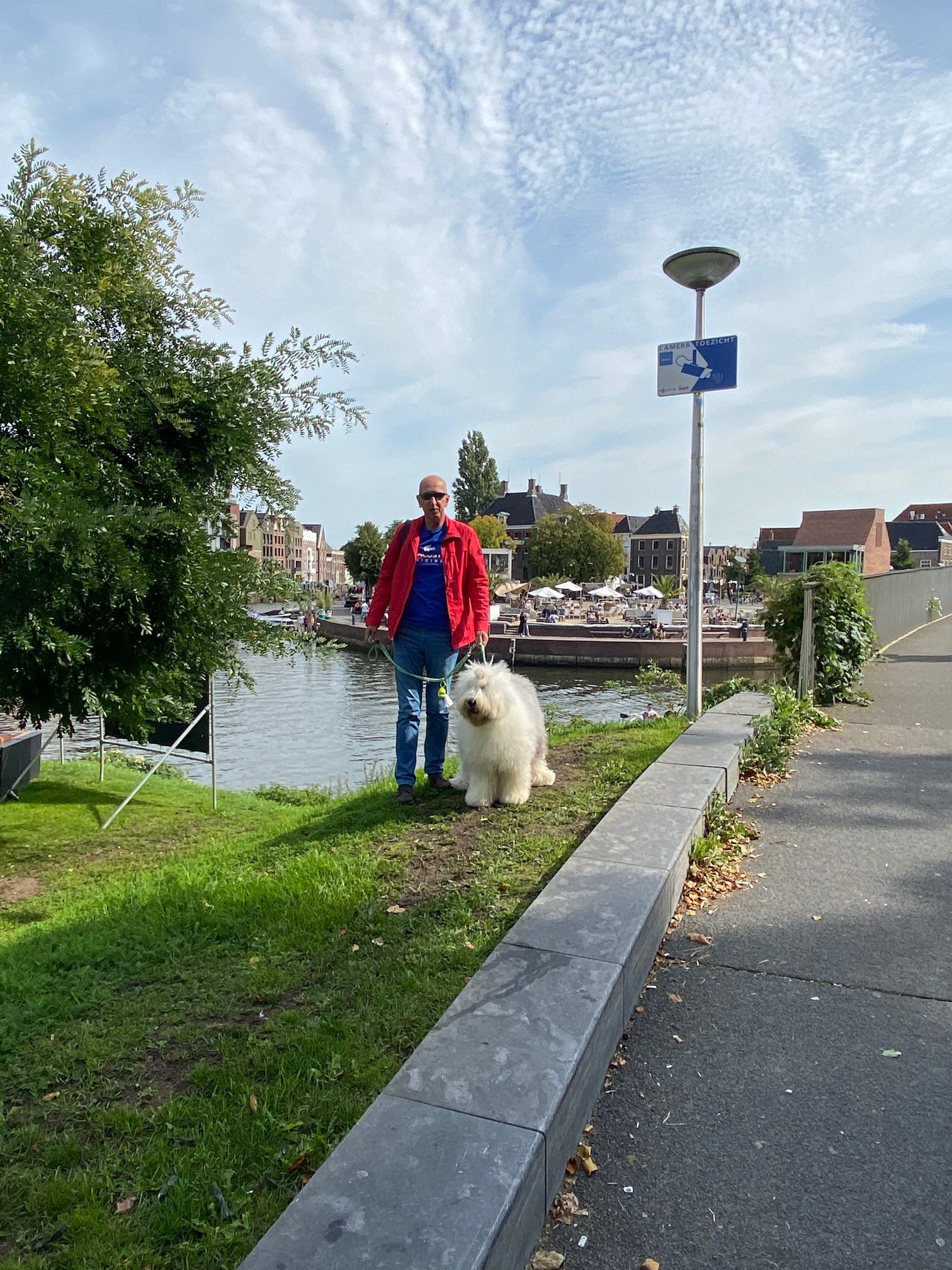 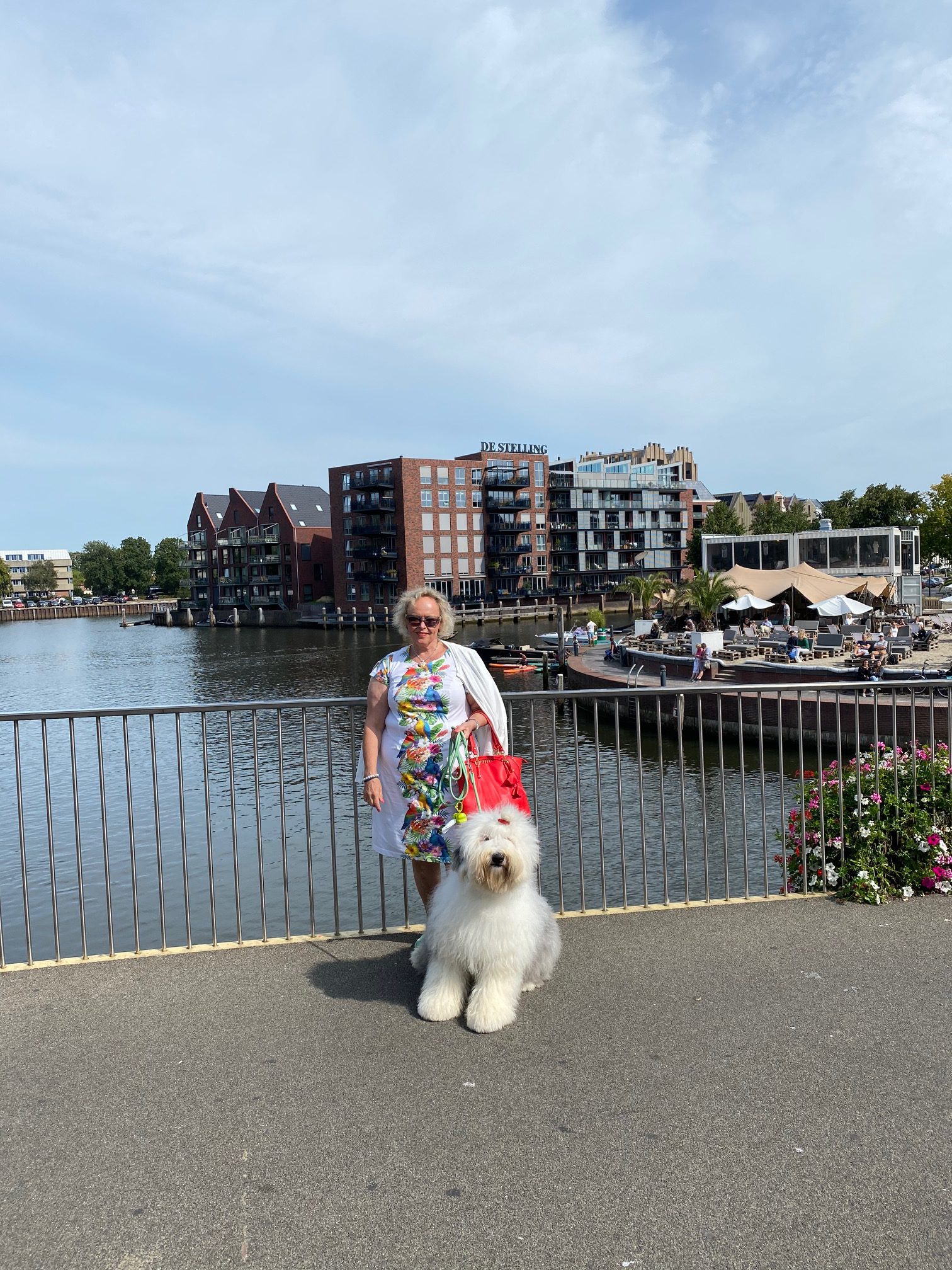