May is a very quiet month for us. Cooper is on holiday for 14 days, so we had to cancel the registration for the double show in Ghent on May 7th and 8th.

On May 1st, Grete Roed in Norway finally could  exhibit her “Keiza” for the first time after the eternal corona break.

It was the Isalesund show, the judge was Mr. H-E. Pedersen from Denmark 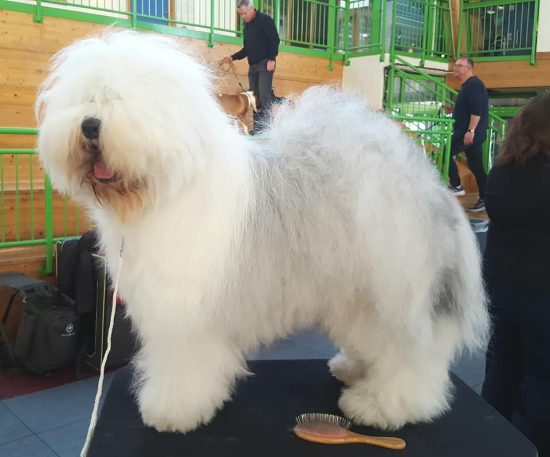 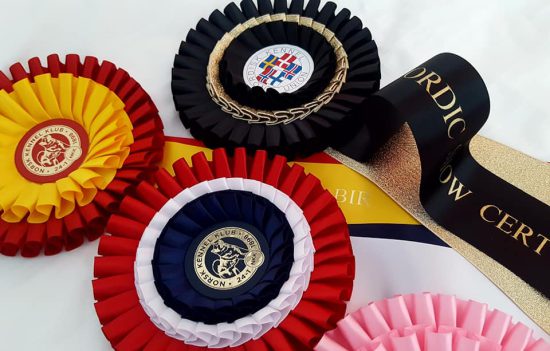 otherwise “Kaiza” is a happy private dog, who goes on tour with mistress Grete a lot in the many forests and lakes in Norway. 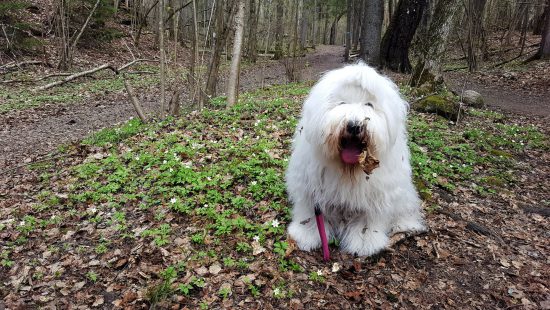 afterwards she is made pretty again 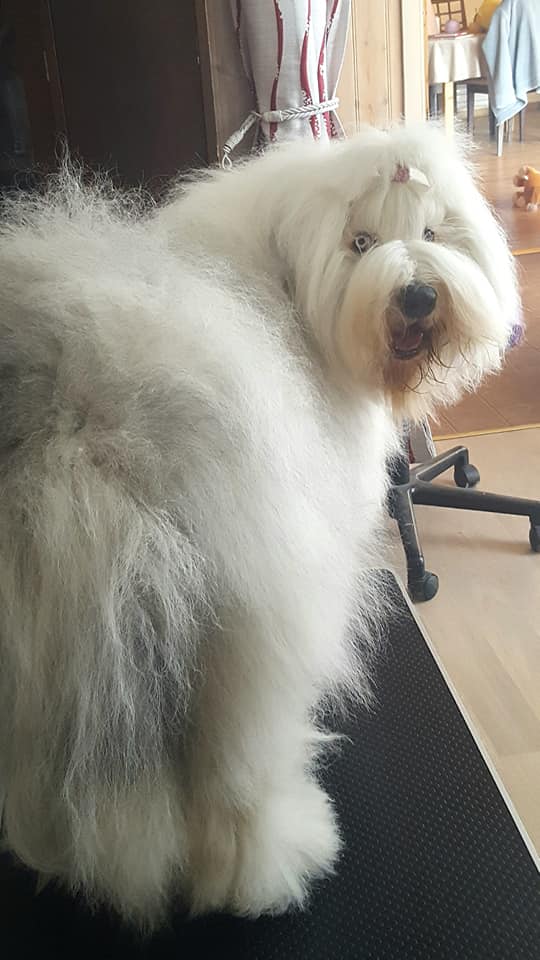 A week later on 8-5-2022 “Otto” was at the national show in Birmingham/GB after a long break with his owner Martin Palmer.

under the Norwegian judge Mr. R. Hübenthal he was 2nd in the open class 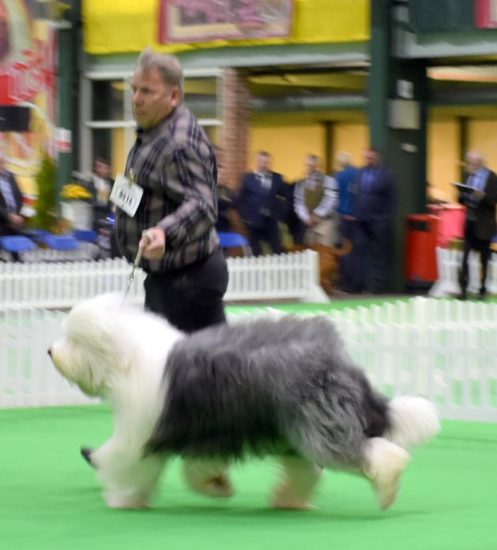 “Otto” is on the left

“Seepferdchen aus dem Elbe-Urstromtal” had a show marathon in Roskilde, Denmark on the weekend of May 13/14/15, 2022. This marathon was worth it. On the 2nd day he became Best Male with CACIB, CAC and completed the title of Danish Champion. Since he has already won enough CAC’s in Sweden, it is regulated in Scandinavia that one can then also complete the title in another Scandinavian country. Ergo: he is now also Swedish Champion. Big congratulations to his owner Amilia Helin from Sweden. Just one week later the Norwegian Old English Sheepdogs Club’s Jubilee Show took place. It was exactly 50 years since the club was founded. It was outside and it was pouring. Sometimes the judging had to be interrupted because of the rain.

“Rolfi” showed his fantastic movement and was judged by  Mrs. J. Ronander/N.  with resulted in :Best Male and Norwegian Champion that day.

Chapeau Amilia for this achievement. The Joe Kat Show takes place every 2 years on Ascension Day. This is for group 1 dogs and a few dogs from group 2. It is always on the beautiful grounds of the Arnhem Canine Club.

“Uschi” was registered for the judge Mrs. R. Chiodi from the Netherlands. A total of 7 OES incl. Champion class were registered.

Uschi was styled and Paul had the task of making sure that she didn’t get dirty. We were overjoyed, “Uschi Glas aus dem Elbe-Urstromtal” won the youth class and received her 3rd youth CAC and thus the title: Dutch youth champion. It got even better…. she won Best of Breed with a fantastic judge’s report. Thanks to the judge Mrs. Chiodi.

Unfortunately, the judge for the best young dog, Mr. Mark Wissmann, did not have an eye for our beautiful Uschi and did not select her.

In the ring of honor later at the group judging she was chosen among the last finalists. The judge was the all-rounder Mr. Jipping. Impressions from the exhibition.

What does the crazy breeder and exhibitor do after a Thursday show? He cleans his house on Friday and cleans the garden. On Saturday he is brushing another dog for the show on Sunday…..

Dortmund had a double exhibition weekend. On Saturday the European winners, but with a judge who I didn’t like. On Sunday at the spring exhibition, the chairman of the German Kennelclub VDH, Professor Friederich, judged. Never exhibited under  him, it was exciting.

What makes it special again was the fact that our “Lilou” gave birth to her 7 puppies 12.5 weeks ago. We put a lot of effort into the coat  care and “Lilou” helped and didn’t lose her hair. That’s why I dared to register her. Only 5 dogs were registered, one of which was still missing. Altogether there were about 3500 dogs at the exhibition.

Mr. Friederich was enthusiastic about our Ch. “Seejungfrau aus dem Elbe-Urstomtal” and chose her as the best of the breed with a judge’s report to frame.

The culmination of this very long day was group 1. “Lilou” was selected among the last 6 by the well-known Finnish all-rounder Mrs. Elena Haapaniemi. “Lilou” in the ring of honor