“Otto” won all this beautiful rosetts and cards 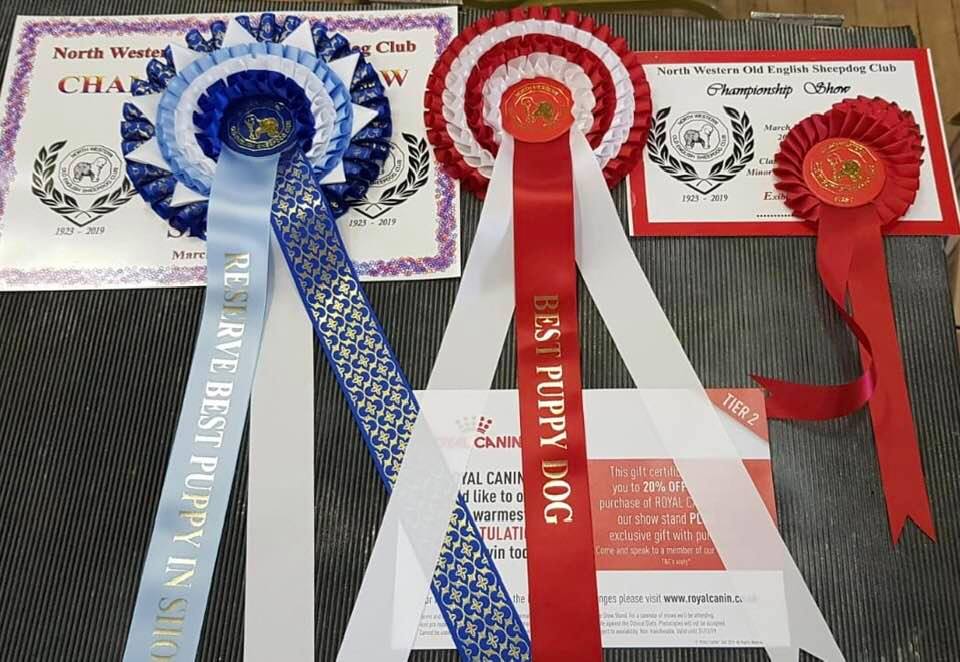 after his Owner Debbie forgot to Close the door to the livingroom at night it looked like this….. 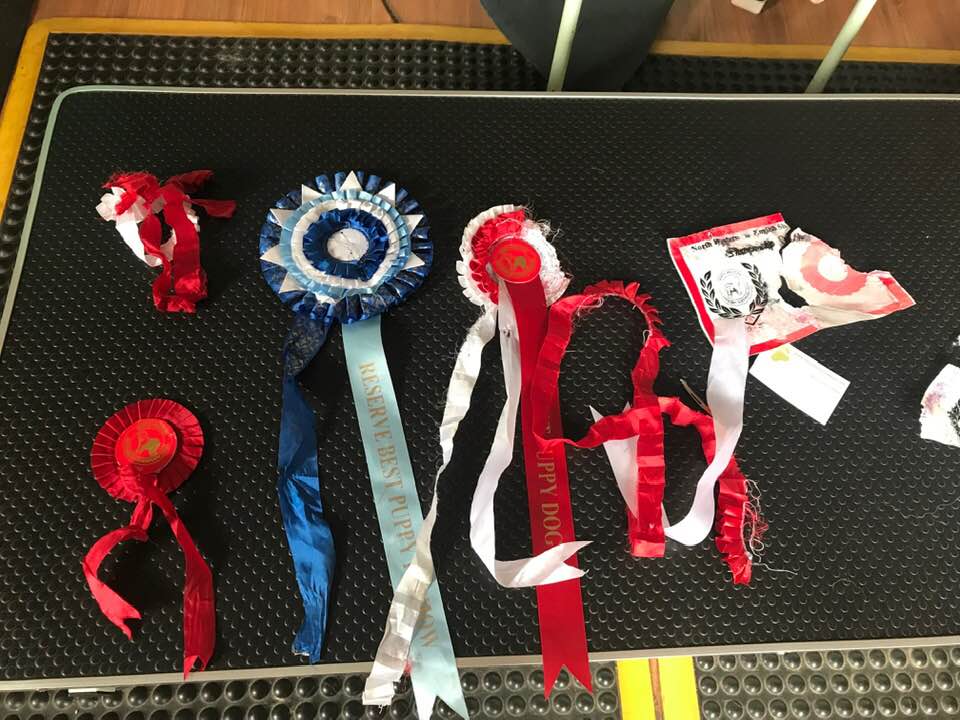 It was time again for the CRUFTS show in Birmingham / GB. Every year in March, the global dog world meets there to exhibit, meet and / or watch dogs. Each participating dog out of the 22,000 has to qualify in advance. This also applies to dogs from abroad who want to participate there. This year, 118 OES were entered  for the judge Mrs. Dr. Ann Hodgenson / GB. “Norman” was also registered, unfortunately unfortunately and again unfortunately  I had to decide a week befor Crufts that Norman has to  stay at home because of private circumstances. I made the trip on a easy way. Düsseldorf  to Birmingham with Eurowings is so easy.  I’m 100% sure that Norman could and should have won everything there. But that’s life, sometimes shit …. Nevertheless, his children have achieved great results on this show. See my report “Norman’s beautiful children” It was nice to meet many acquaintances and friends and of course to see “Otto” again. Red Devil aus dem Elbe-Urstromtal (“Otto”) was registered in the class “Minor  Puppies”. He is not small at all, he has become very tall and looks great. He was alone in his class, effortlessly made his way to first place on the  the famous green carpet.

Owner are  Martin and  Debbie Palmer/UK 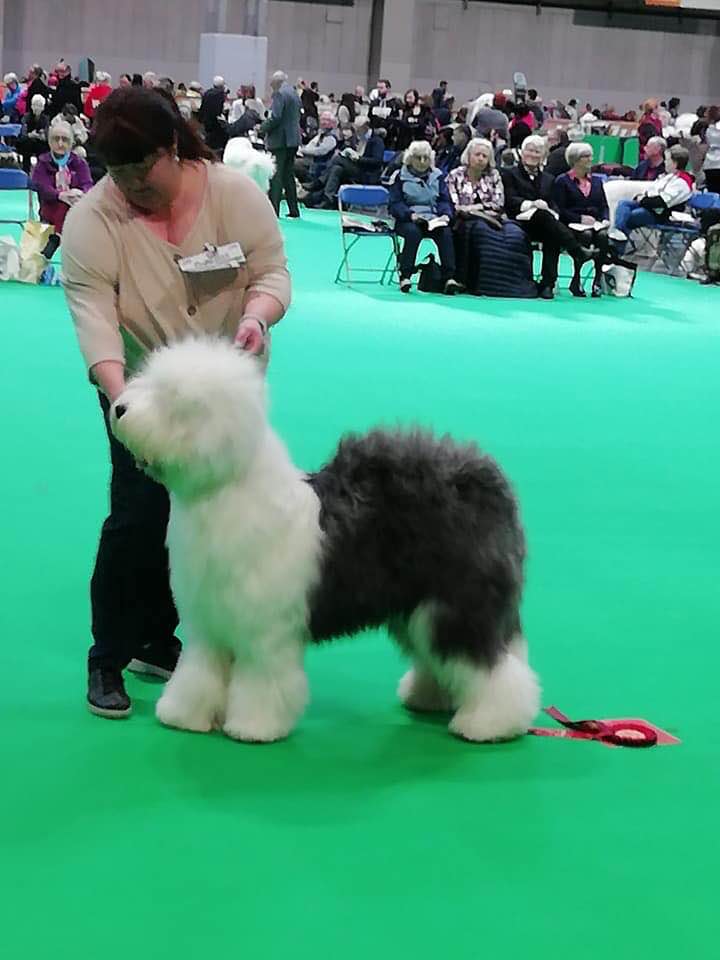 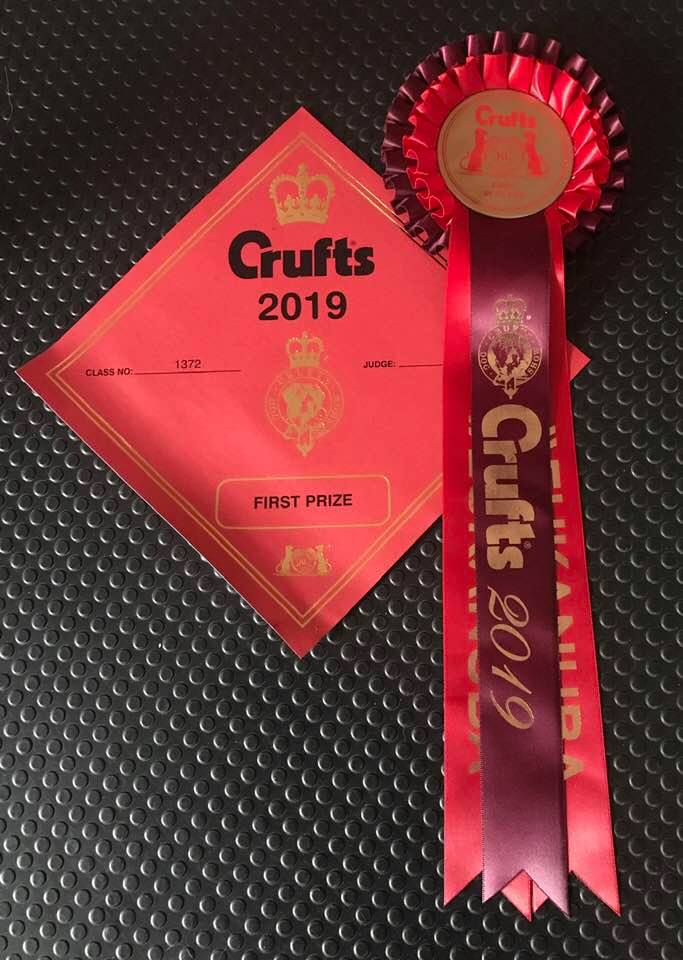 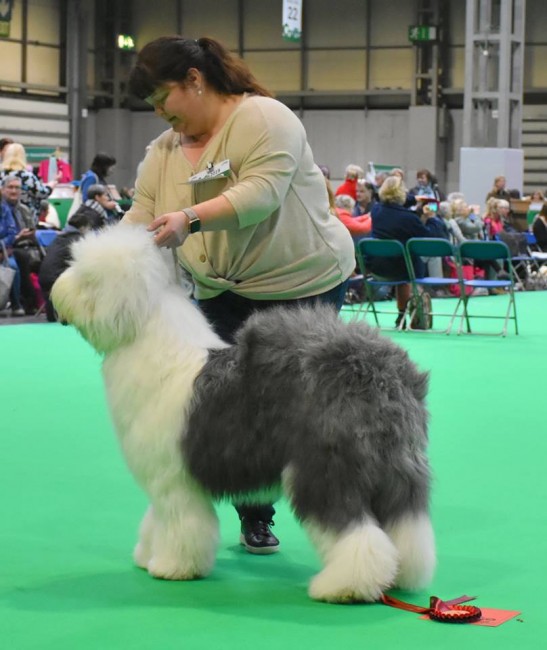 On Sunday 9-3-2019was an int-show in Graz / Austria.  “Quadriga from the Elbe-Urstromtal” won the intermediate class and became Best bitch with CACIB and CAC. Judge was Mr. Harsany from Hungary. I am always surprised how much talent Mrs. Laminger her owner has . It’s her first Old English Sheepdog and she looks great. Super groomed and Mrs. Laminger  is also picobello to look at. 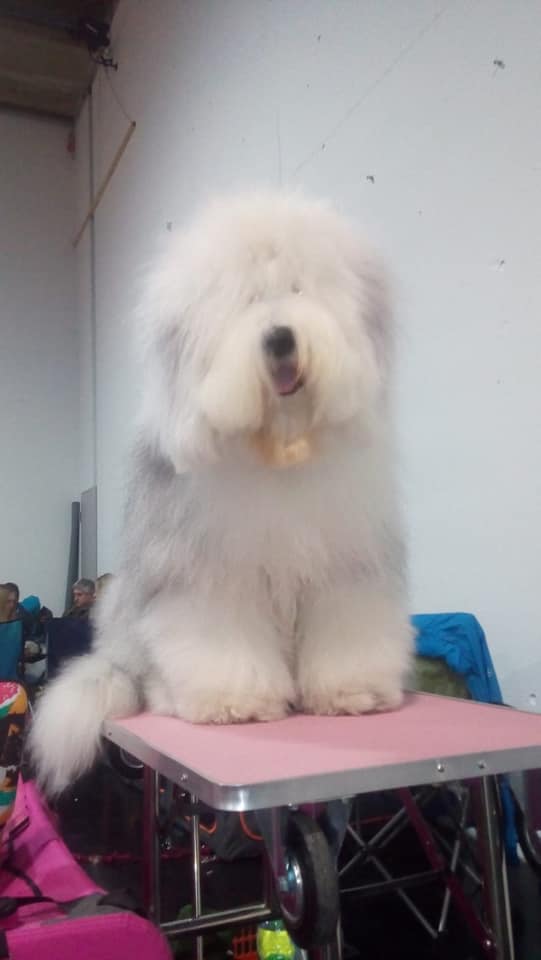 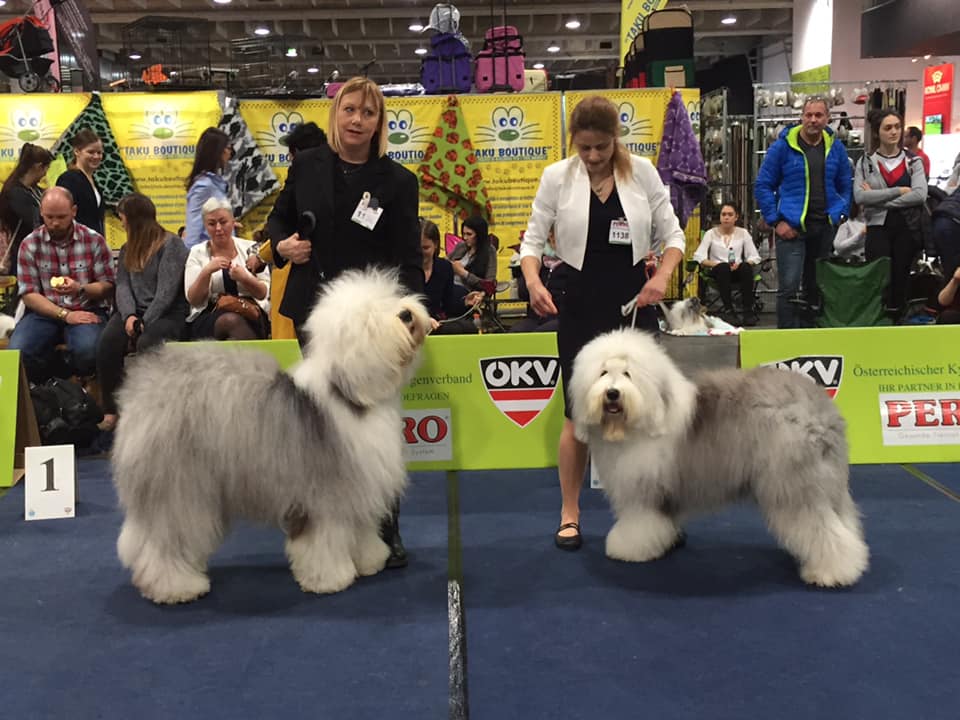 Great news from Sweden by Amelia Helin and her “King”

Multi Ch. Kingsize aus dem Elbe-Urstromtal” was Top OES 2018 in Sweden. He only participated in a handful of exhibitions. GREAT 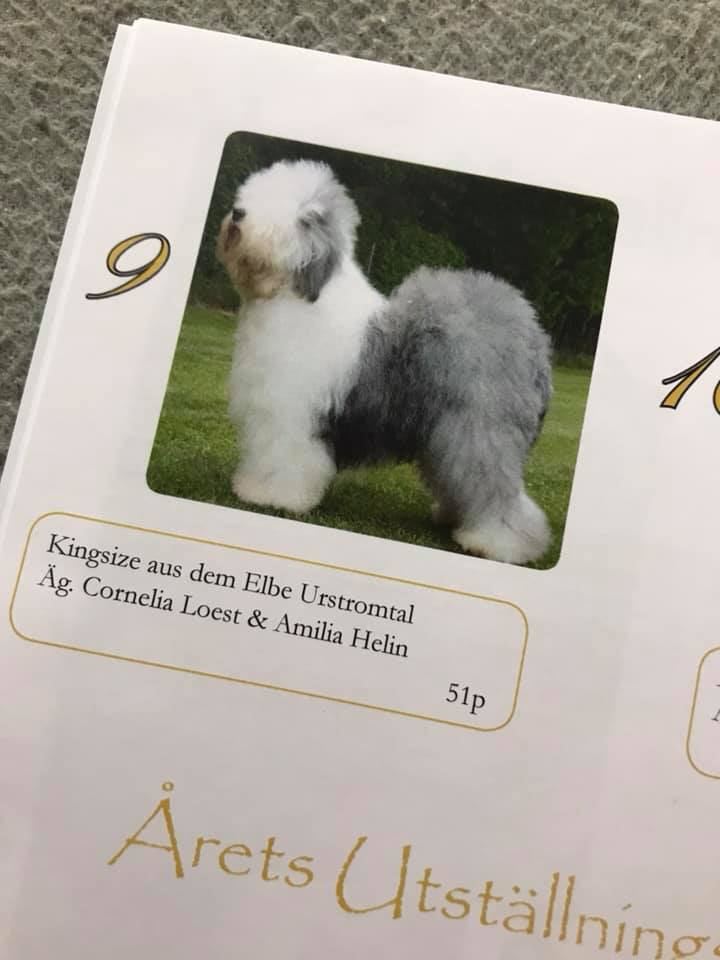