The 2nd weekend in April was  great for our breeding. In 4 countries, 4 different dogs won. Of course we are particularly proud of that.

Amilia Helin from Sweden was  on 9-4 at the special show in Falkenberg/SWE . There “Rolfi” aka “Seepferdchen aus dem Elbe-Urstromtal” won CAC, Cert. Best of Breed and 4th Best in Show. Judge was the Dutchman Mr. H. v.d. Berg. 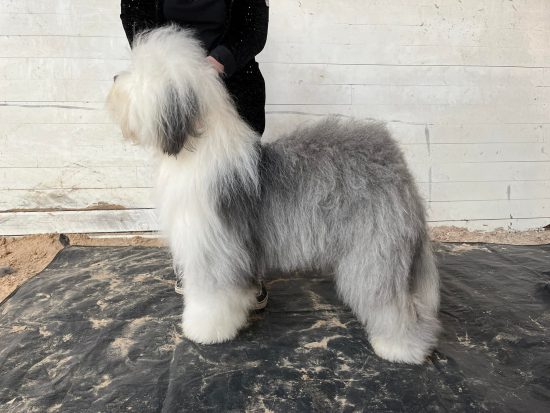 In Gadzin/Serbia Ivan Durutrovic exhibits his “Emma” for the first time. She was shave down in November 2021 by her previous owners….. The judge Mr. A. Gavilovic was enthusiastic about “Emma”. 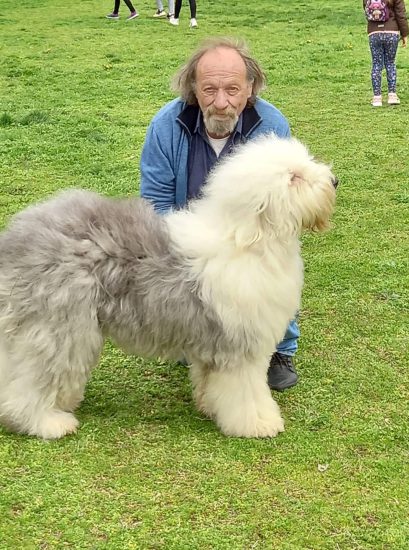 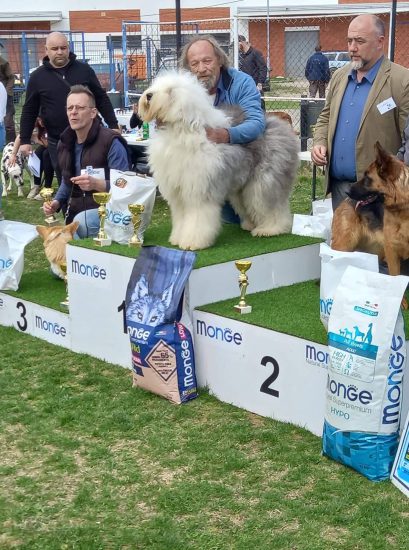 “Cooper” had his successful day at the Int. Show in Antwerp/BEL on 9-4. There the Englishman Mr. K. Young judged . “Cooper” was Best of Breed with CACIB and CAC. In the ring of honor he finished in the last 6 of group 1 with the Irishman Mr. Paul Lawless. 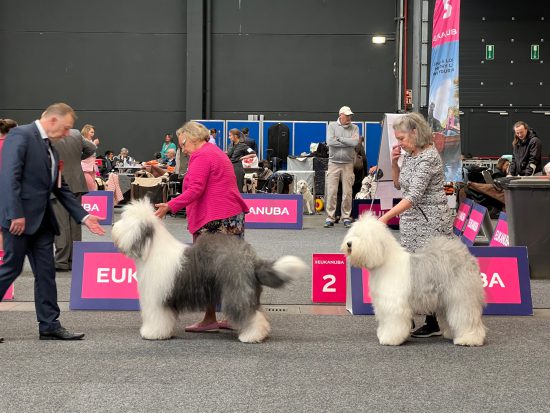 “Cooper’s daughter “Up to date of Snowbootbears” owned by Van Heel and Beirendonk became Best Young Dog and was also among the last 6 young females in the ring of honor. 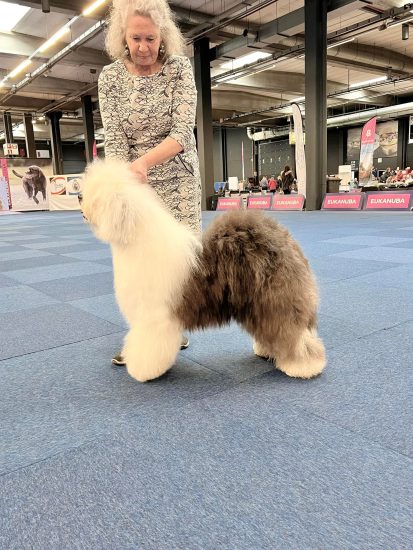 “Cooper” in the ring of honor when judging group 1 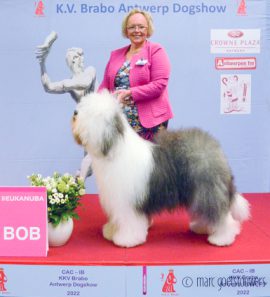 At the double international show in Salzburg/Austria, on April 9th ​​and 10th, Mr. Grimm won the CAC with his 20-month-old Ch. “Tannhäuser aus dem Elbe-Urstromtal” and received the Res.CACIB on both days. The judges were Mr. Berchtold and Mr. Pollinger-Sorre from Austria. Unfortunately I have no photos

Well, that’s how it works: Register Cooper for both days in Luxembourg, although we ourselves will only arrive from Goes/NL on Saturday afternoon. Priscilla and Melissa van Oosten and their dear parents agreed to collect the Cooper at the Maaseik motorway exit on Saturday morning. That means getting up at 5 a.m., I still had my flu a bit and Paul had just caught it and was 39.2 fiber. Of course tested for Covid and free. So, poor Paul with Fiber in the car at a little after 5 and drop off Cooper. 4 weeks before I had put my dear Martina Weissmann from Saarland in position. She didn’t want to show in Luxembourg but as I needed her to catch and styling Cooper on Saturday she was willing to help. She then also registered her “Ziva” on both days.

We then drove at 7 a.m. in the direction of Goes, which is 176 km. So I drove and my Paul with a cap and jacket on and wrapped in a woolen blanket on the passenger seat. He wanted to stay in bed, but I need him with 2 dogs to show on Saturday. The poor man has to put up with me.

In Goes it was our turn at around 11:20 am. For the judge Erika Bakker from the Netherlands 1 male and 4 females were registered. 1 missing. “Uschi” had competition. She won the youth class. “Ocean” became Best Bitch, Best of Breed and Uschi Res- Best Bitch. More is not possible. Unfortunately there was no ring of honor.

Uschi was very brave and is waiting on the brushing table 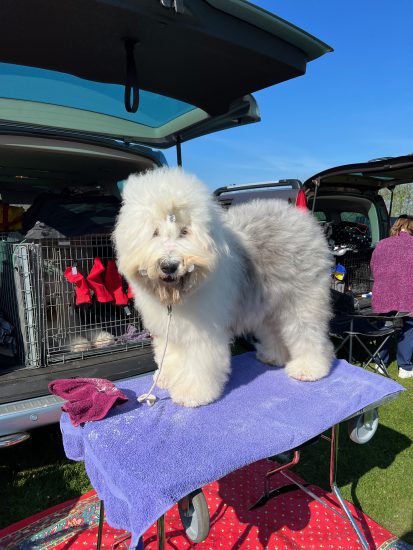 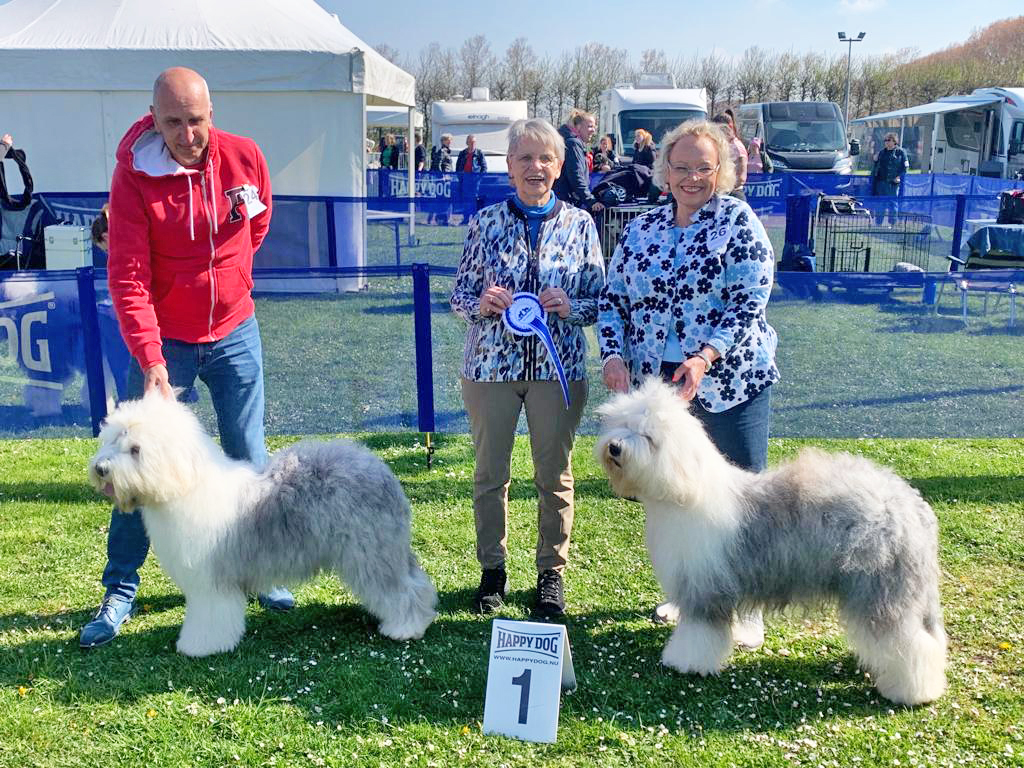 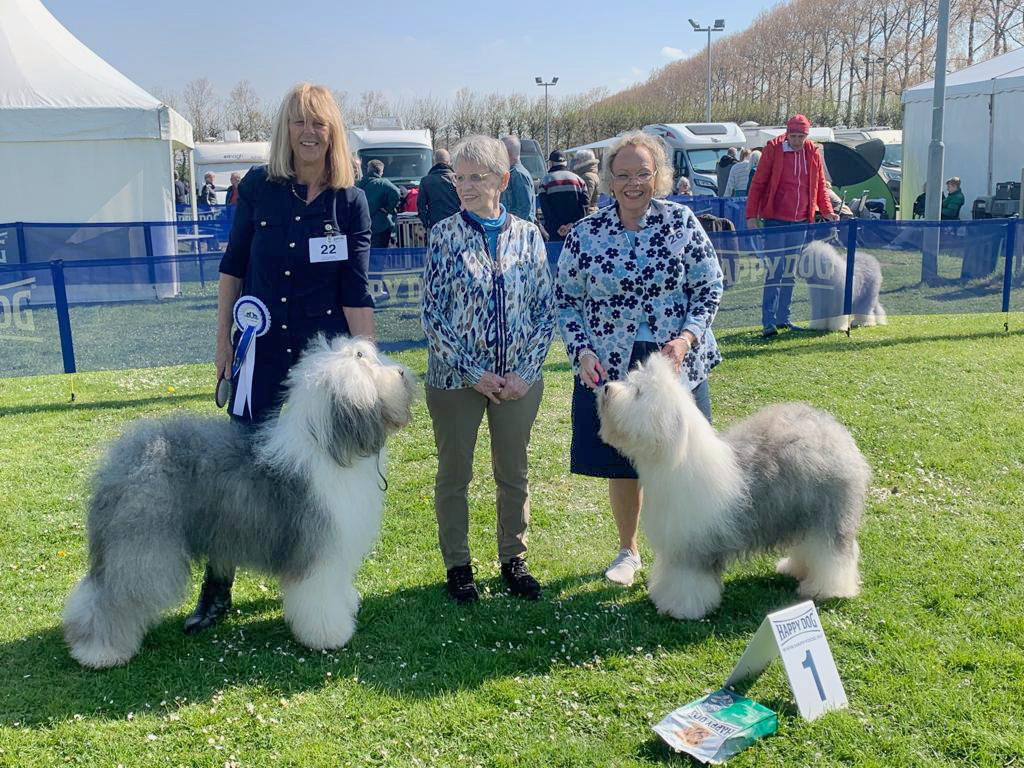 In the meantime we knew that “Cooper”  was only 3rd of the 3 males in the champion class. The judge Mr. Schill from Romania set the new record in fast judging. A maximum of 20 seconds per dog and he was done. Everything was very disappointing. Maritina Weissmann had also only get their excellent 1 with CAC in the champion class.

Then everything was packed up again and Paul quickly got back into the car. Then I started in the direction of Luxembourg, that was 306 km. We were at the hotel around 5 p.m., after a short stop at the exhibition. Martina was already waiting for us at the entrance. First of all Paul was brought into the room and put to bed with hot lemon with honey and the necessary medicines. . I was also tired and not really healthy. Nevertheless, we went to eat something with my dear Martina. It was a green soup, which was on the menu as an asparagus soup for 10 euros. Not being able to discover a single asparagus in the soup… but it didn’t matter because the taste buds weren’t fit again. “Cooper” stayed in Martina’s room. Uschi had just come out of her first season  and that would have been impossible with Cooper in the room. At 7.30 the next morning Paul was slightly better, but still had a huge sore throat 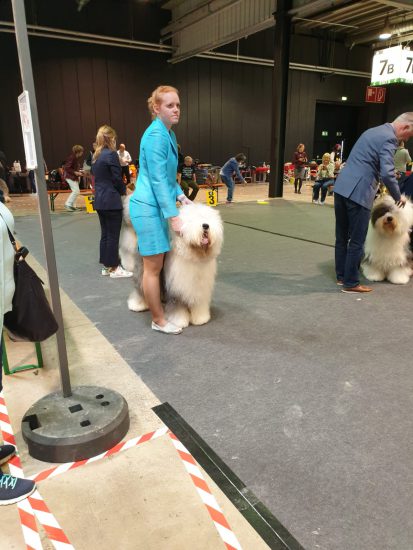 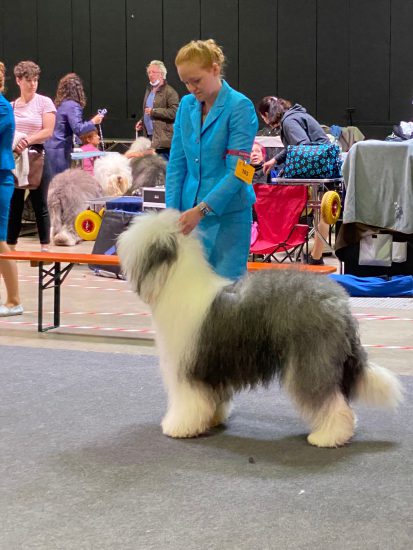 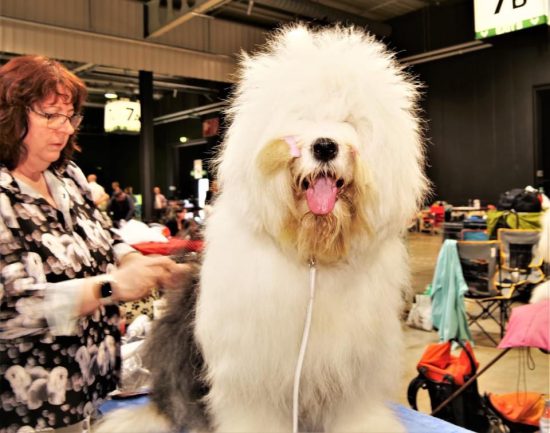 Together with his half-sister “Ziva” Sexygirl aus dem Elbe-Urstromtal in Martina Weissmann’s “Taxi”. 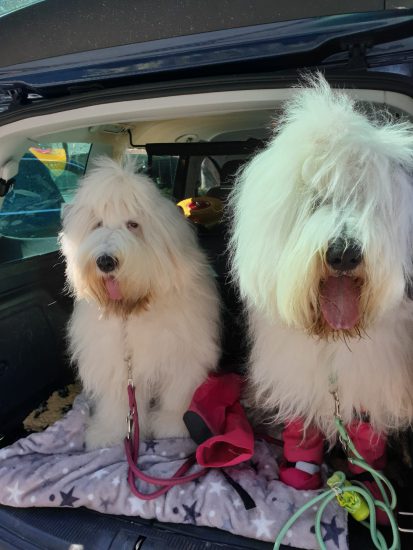 Waiting until we’re finally allowed in the ring. It was now 1:30 p.m. Ocean made bella figura on the brushing table. Today the judge was a Hungarian Mr. Szekely 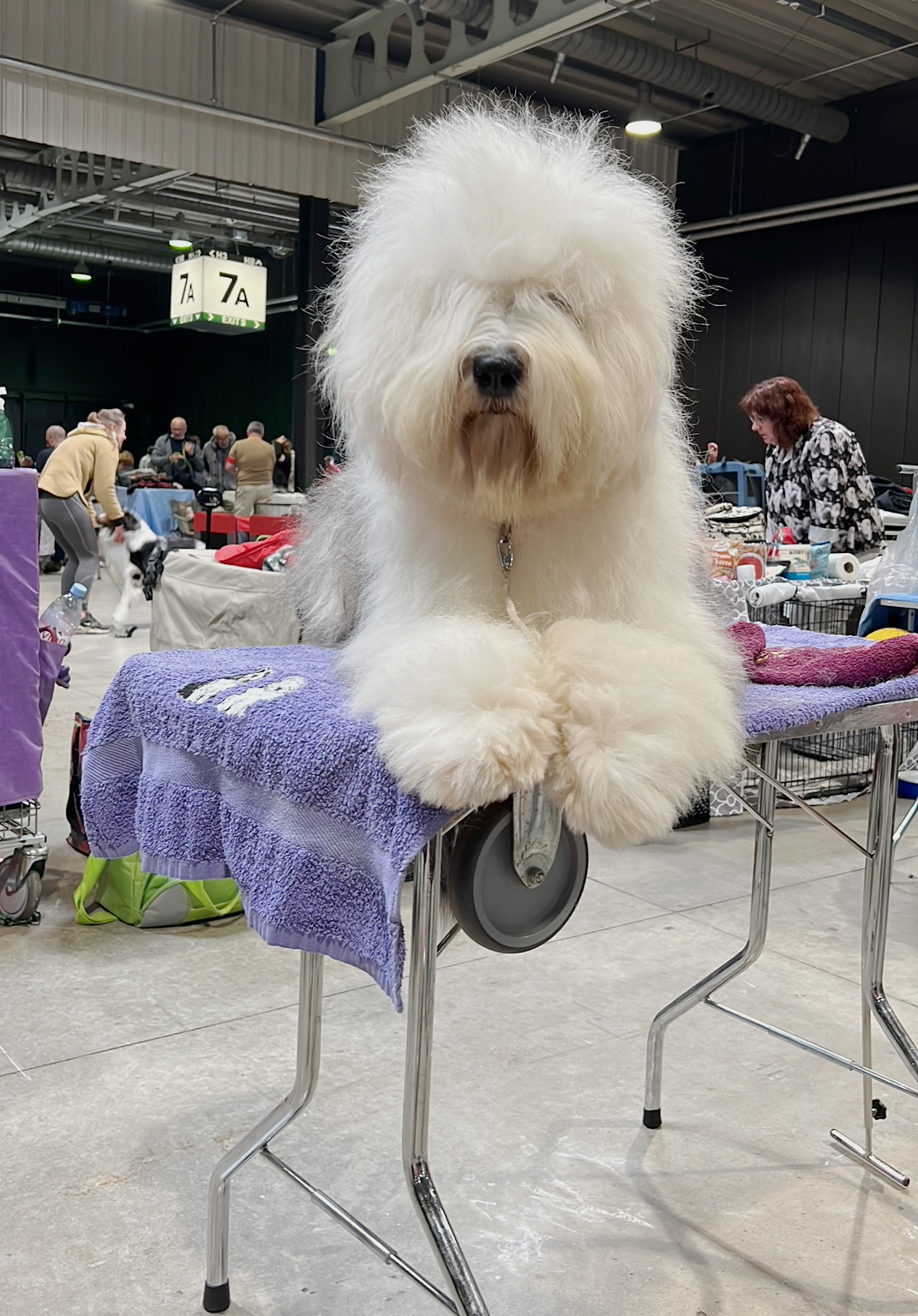 Now the help of my Paul was needed. Holding  Cooper, Ocean or Uschi before they had to enter the ring. Mr. Grimm was waiting with his “Tannhäuser”. 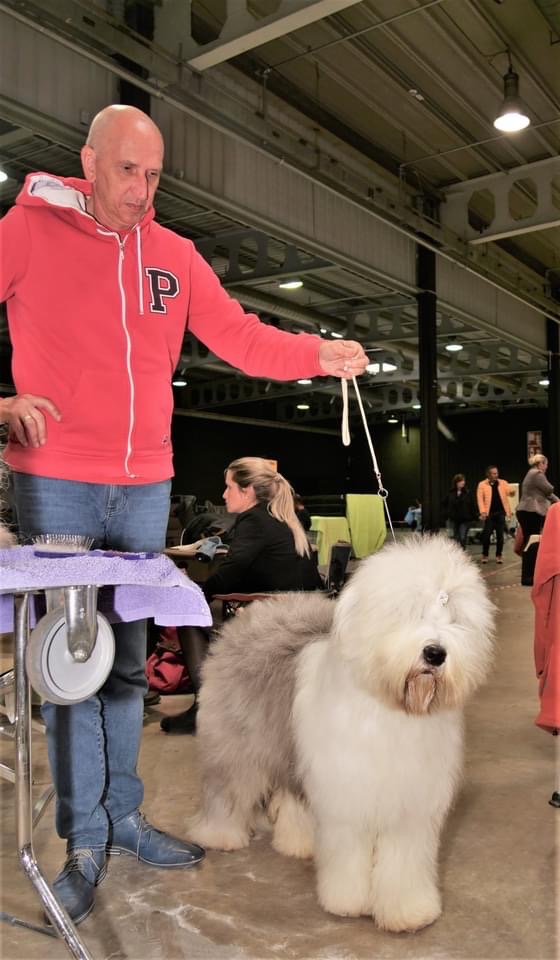 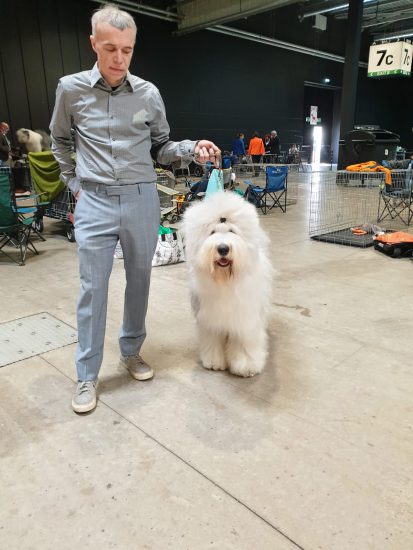 Mr. Grimm with “Tannhäuser” in the ring in the intermediate class, excellent 1 CAC. Priscilla waited with “Cooper” who unfortunately had to settle for an excellent 3 in the champion class. Such a pitty the judge did not recognize his excellent movement 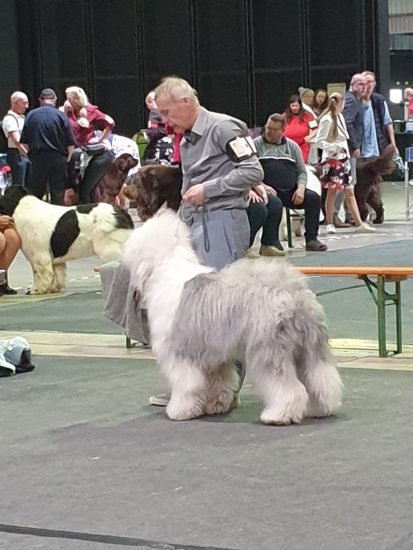 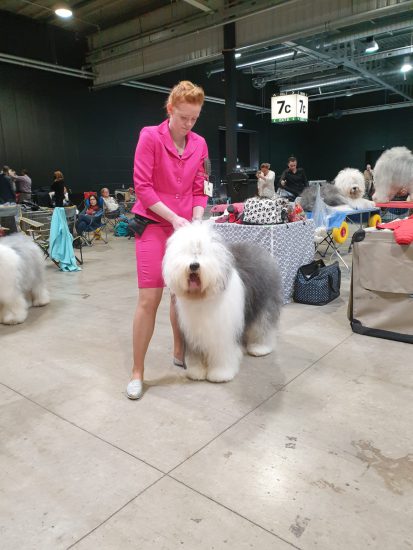 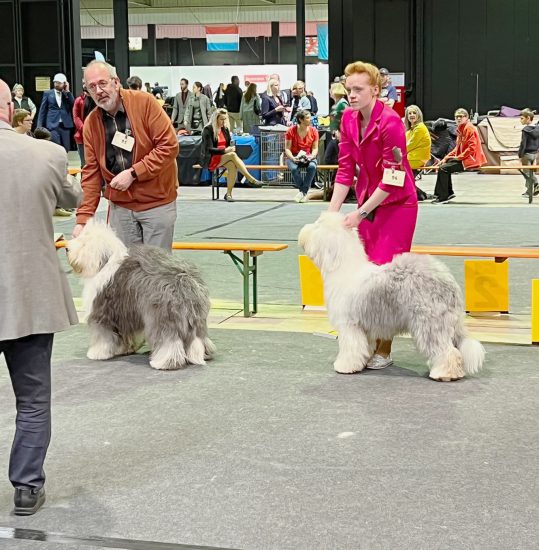 “Uschi” Best youth dog. Later in the main ring of honor she became one of the 3 selected young dogs from group 1 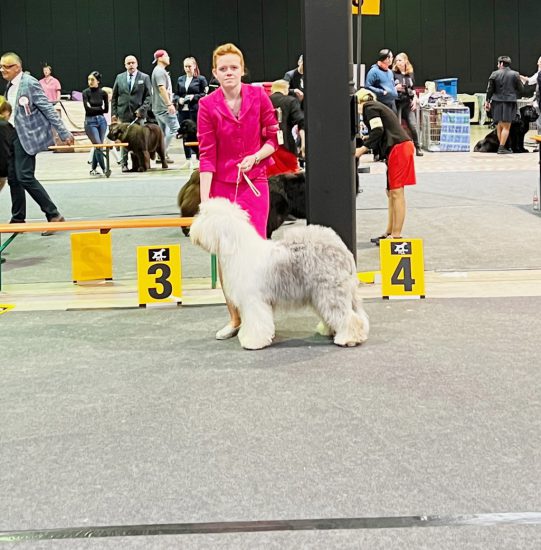 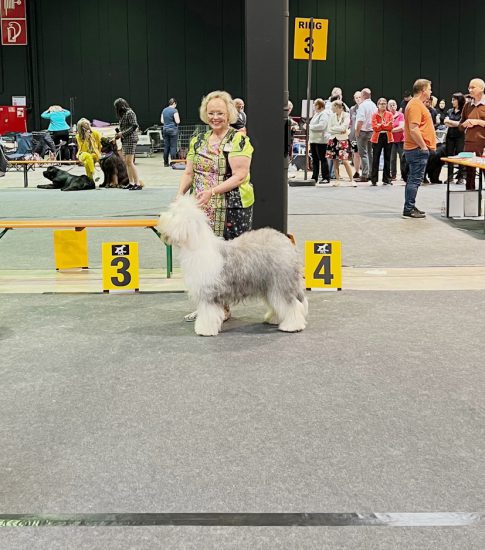 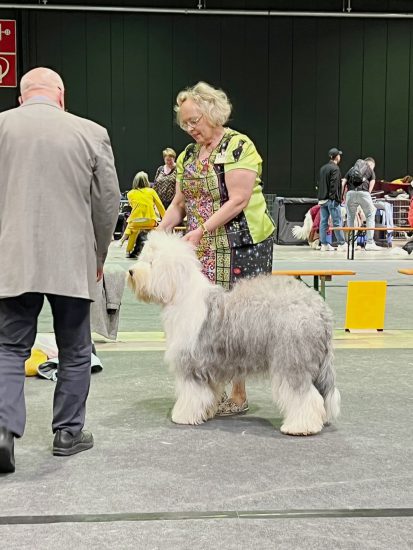 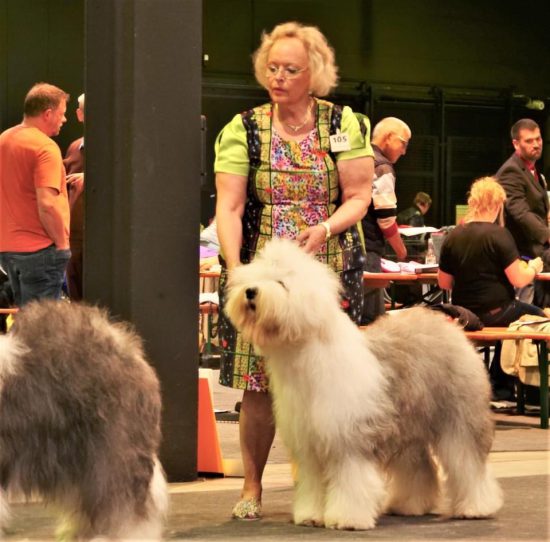 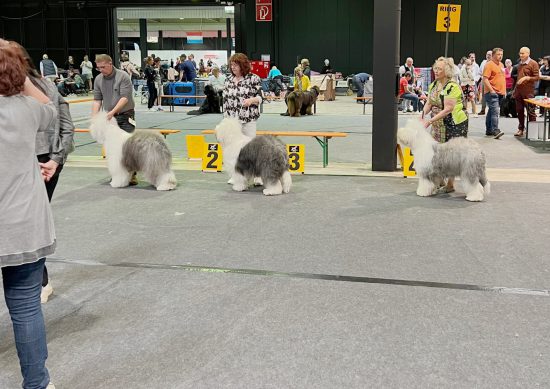 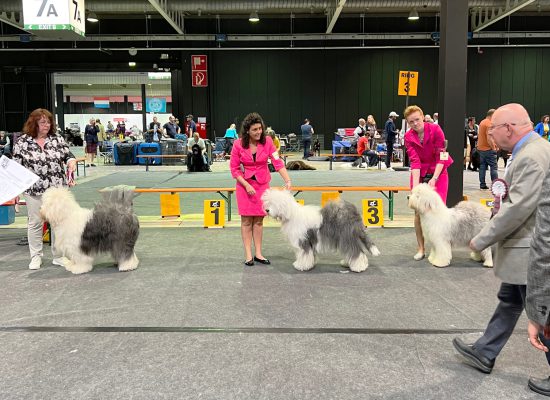 “Uschi” in the honor ring, where she was selected to our big joy among the last 3 from group 1. Excellent presented by Melissa van Oosten


a small mix of all short videos showing our dogs in the ring.

https://youtu.be/MBBm2LggoDc
on Easter Monday our teenager and  young star was again a completely normal family and house dog “Uschi” 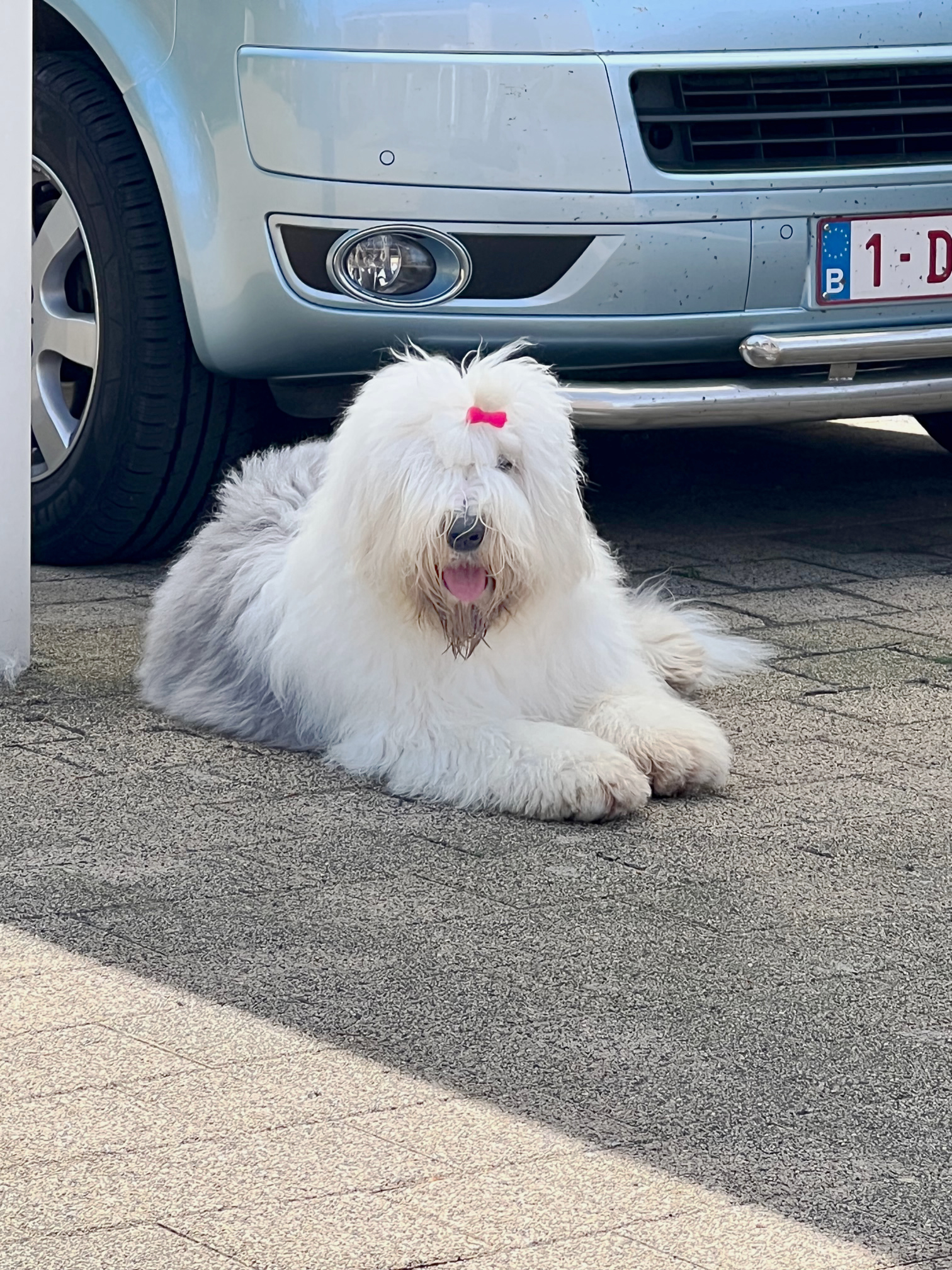 “Uschi’s” littersister  “Ursula Karven aus dem Elbe-Urstromtal” had her first show in Norway in Vikersund. There the judge Mrs. Balazsovits was VERY impressed by her and she got the certificate, Res-Cert and was 2nd best bitch. All this at 9 months. We have high hopes for this amazing girl 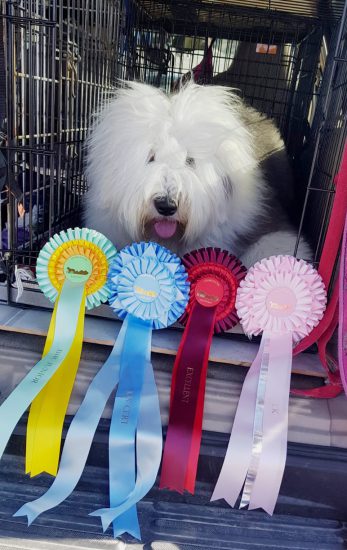