June started with a full program. On 2 days in Gorinchem/NL the Holland Cup on Saturday and Sunday the CACIB show. Since I had registered our  “Uschi Glas” but left herat home  as not to stand in the way of the other dog in the youth class, I was actually just a tourist. But I don’t make it that easy for myself, that would be boring. I asked dear Martina Weissmann if she would like to come with her “Ziva”. Our Kinga Kolscar was also in the mood for the exhibition adventure. So we registered her Cloe and her Dasz in the puppy class. The judge on Saturday was Mr. Al Daghistini from Serbia and on Sunday Mr. Polgar from the Czech Republic

Our Kinga with her two darlings Cloe and Dasz 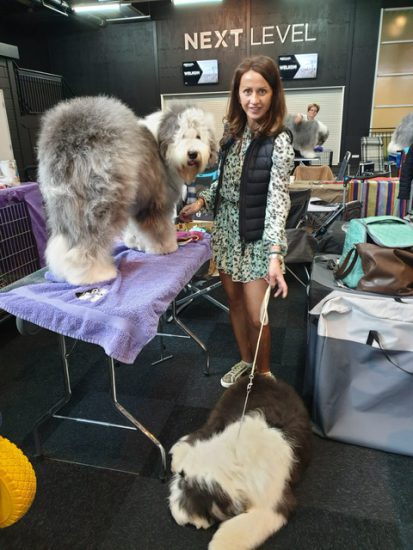 Melissa van Osten was able to help us with the 2 puppies and accompanied “Cloe” wonderfully on her first steps in the show ring. With the result “Best Puppy” for “Unisono aus dem Elbe-Urstromtal”. With her 8 months she mastered it very well and showed  perfectly in the ring of honor with over 70 other puppies from all breeds. Thanks to Melissa. 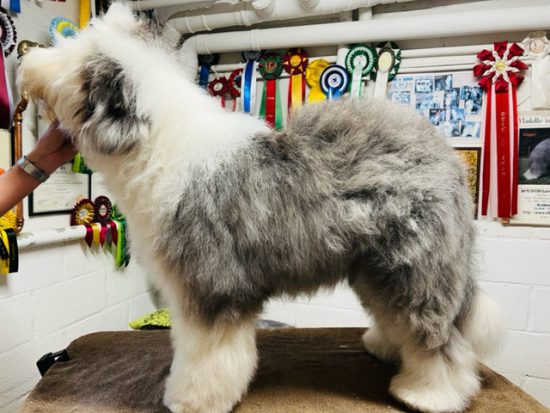 The only 6 months old “Dazs” had to tackle it together with me. We both did it very well and he behaved exemplary. He was the best puppy male “Softmotion’s Legacy for Conny“. Our Kinga had trained very well at home with the two and was very excited to see what such an exhibition day would entail. 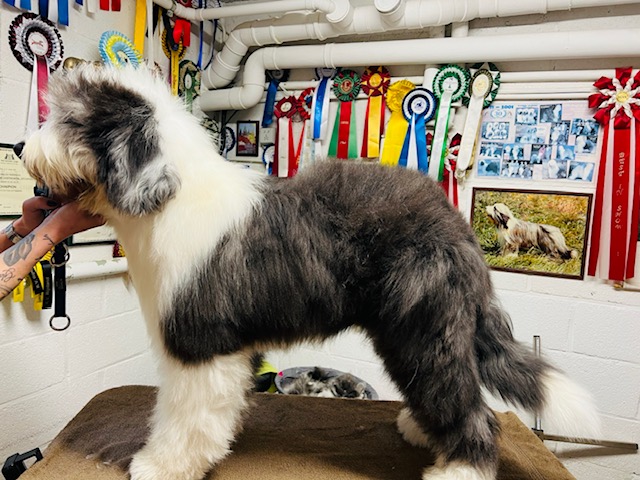 Our Martina Weissmann made the day perfect with “Ch. Sexygirl aus dem Elbe-Urstomtal”, who won Best of Breed. Right, left is the BOS male “Macoes Kentucky” from Peggy Kraaienveld. 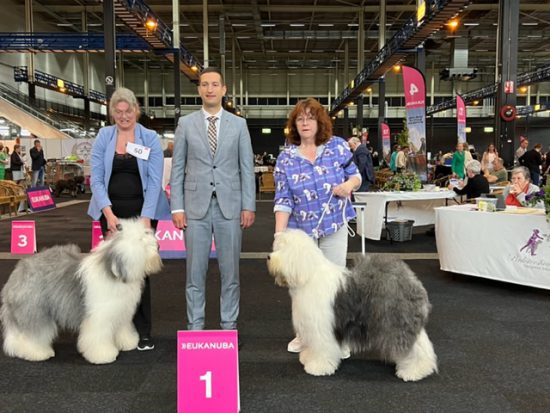 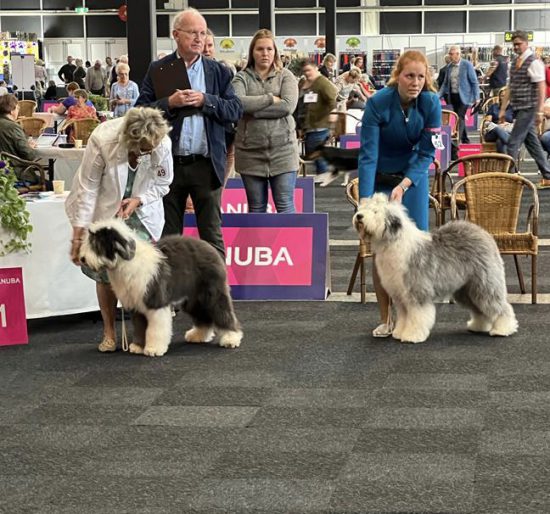 Impressions from the show

Our Martina Weissmann had booked a hotel near the exhibition for Saturday evening. So the next morning I would have had to drive 1.5 hours there and back all by myself and without a dog for support. Martina can actually do everything on her own and doesn’t really need me.

Friday night I was in bed late, the alarm clock was for 5am to get up and I couldn’t fall asleep. I began to ponder and thought that it would be very nice to be able to be in Miesbach/GER at the EURO OES Show…… got up at 2 a.m. and put the computer on to look for a flight from Düsseldorf to Munich an back for Sunday. Found, booked! Reserved a parking space in the parking garage at the airport and ordered a taxi from Munich to Miesbach and back. At 3 o’clock I was back in bed and happy. At 5 a.m. when the alarm went off, I told Paul that I would be gone all day on Sunday. He looked at me sleepily and in surprise.

There should be a lot of stress when checking in at the airport, I found that out on Saturday. That’s why I decided to be at the airport at 4 a.m. instead of 5 a.m. My flight left at 6.30am.  For this reason I  looked for a hotel near the airport and drove in the evening. That was an extra hour of sleep.

The alarm clock rang at 3.30 am and at 4.15 am I had to wait more than 1 hour in front of security with hand luggage. Everything else went smoothly. I had a dream day, my surprise worked, Chris Beirendonk and a few others were very surprised to see me in Miesbach after all.

The trip was made perfect to see the  beautiful puppies of “Ch. Rock me Amadeus aus dem Elbe-Urstromtal” They won best male and best female in the puppies. The movement of them is gorgeous.

Unfortunately, after this very nice day, there was a flight delay of 2 hours. Storm and chaos at the airport in Munich. I was back home after midnight at 0:30 a.m.

This weekend our dear Ivan Durotrovic from Serbia was at a double show with his “Emma” in Macedonia. She won CACIB, CAC and Best of Breed on day 1 and CAC on day 2 and completed the title Champion Macedonia and is number 166 in our success story. 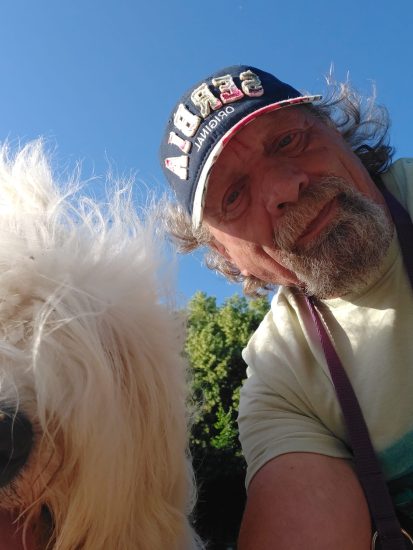 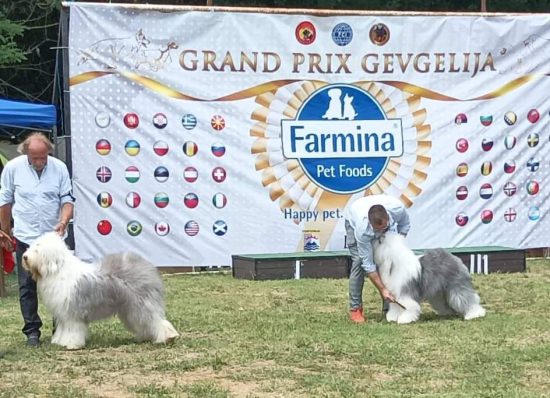 Our Scandinavians did it very successfully in June:

Amilia Helins “Ch. Seeferdchen aus dem Elbe-Urstromtal” won on 12-6- in Landskrona/Sweden. The judge Mr. Zake from Lithuania made him Best of Breed In Norway, on Saturday June 11, “Sana” won. Asne Koch the owner of “Ursula Karven aus dem Elbe-Urstromtal” was at the exhibition in Sandefjord. Judge was Mr. Barak Lifac from ??. He found “Sana” beautiful and gave her the best of breed with certificate. In group 1 she was selected among the last 6.

Edda Angelica lives near Liverpool/UK and is a complete newcomer to the breed. She was so brave and entered her “Ryder” for the show in Blackpool on 24.6.2022. He is a litter brother of Ursula Karen and Uschi Glas and is called “Udo Lindenberg aus dem Elbe-Urstromtal”. With the help of dear, experienced Bobtail people in UK, we managed to brush him  in showcondition. Our dear Debbie Palmer went to Blackpool to support Edda. It was worth it. “Ryder” won the youth class over 2 very experienced show dogs. Judge was Mrs. A. Farrer/GB